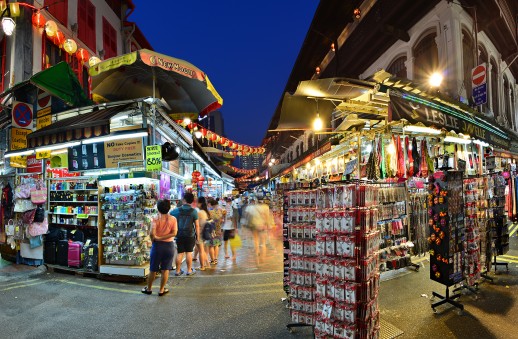 Is Singapore home to the cheapest Michelin-starred meal in the world?

For a lot of Australian travellers, Singapore is thought of as a stopover destination, where you can stay a few days, do a little sightseeing and shopping, and then carry on to a further-flung destination.

However, Singapore has experienced massive development in the last twenty years, making it well worth a longer visit. It’s still deserving of its reputation as safe and clean, but there’s plenty to warrant an extended stay, whether your interests are sporting, cultural or culinary.

The city state’s position as a sort of crossroads within Southeast Asia means that Singapore’s cuisine is heavily influenced by Chinese, Malaysian and Indian populations, making it a foodie heaven.

Personal travel manager Allen Suss has discovered the perfect example of this is a street food stand, run by chef Chan Hon Meng for more than thirty years, which is one of two hawker stalls that have just been awarded a Michelin star.

Normally, to dine at a Michelin-starred establishment will cost you hundreds of dollars. In this case, although you may have to queue for up to three hours in order to try his tender Soya Chicken, thanks to all the publicity it’s recently received. But when you reach the front of the queue your meal will set you back a mere $4 and the wait will have truly been worth it!

You’ll find the Hong Kong Soya Sauce Chicken Rice and Noodle in the air-conditioned splendour of the Chinatown Food Complex on Smith Street. When you’ve finished eating, you can congratulate yourself for the money you saved on dining in a Michelin-starred restaurant by doing a little shopping.