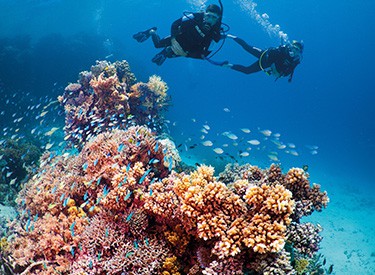 You don’t necessarily need to travel far to discover the best of the underwater world, with so many experiences to be had right here in Australia. So, for those unable to travel interstate, here’s a comprehensive list of the Best Dive Getaways for around Australia, compiled by the experts at Diveplanit Travel.

Ribbon Reefs and the Coral Sea 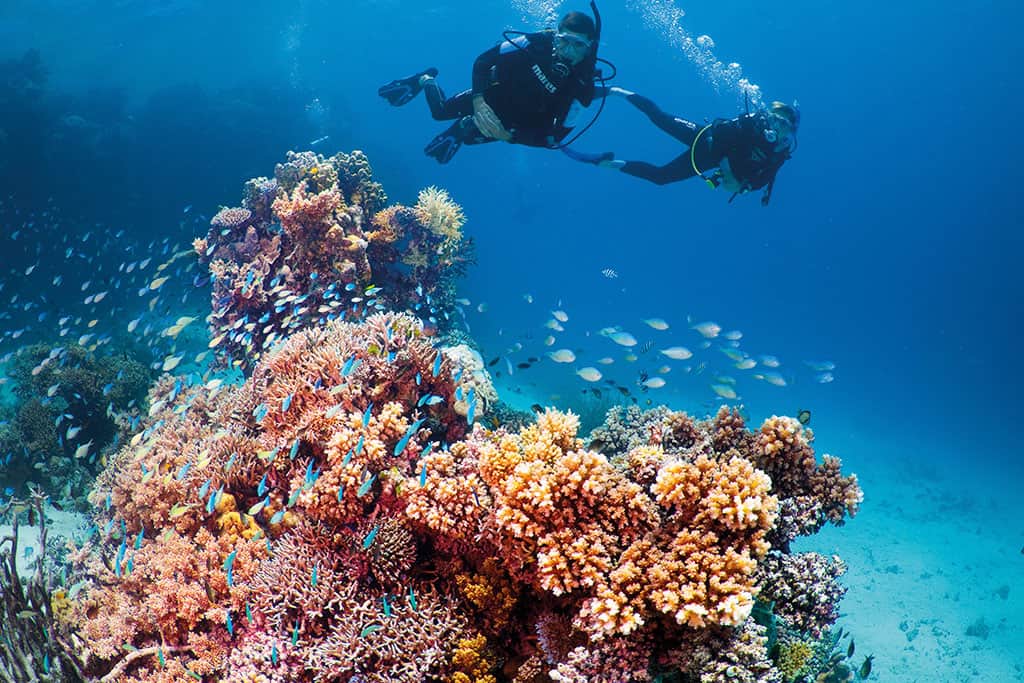 Pro Dive Cairns is running three day/two night liveaboard trips to the Outer Reef each week every Wednesday and Friday. The trips include up to 11 dives, including two night dives, on a variety of 19 dive sites over four reefs: Flynn, Thetford, Milln and Pellowe Reefs. You will encounter a wide diversity of marine life including giant clams, turtles, stingrays, reef sharks, an incredible variety of tropical fish, spectacular coral formations and consistent underwater visibility.

In recent years the stunning Central Great Barrier Reef has played second fiddle to the reefs out from Cairns and Port Douglas, but there are two great reasons to rediscover beautiful reefs such as John Brewer and Lodestone reefs. The 100-year old wreck of the Yongala and a new underwater installation by world-famous sculptor Jason deCaires Taylor; Museum of Underwater Art (MOUA). Dive it by liveaboard with Adrenalin Dive, based in Ayr with Yongala Dive or base yourself on beautiful Magnetic Island. 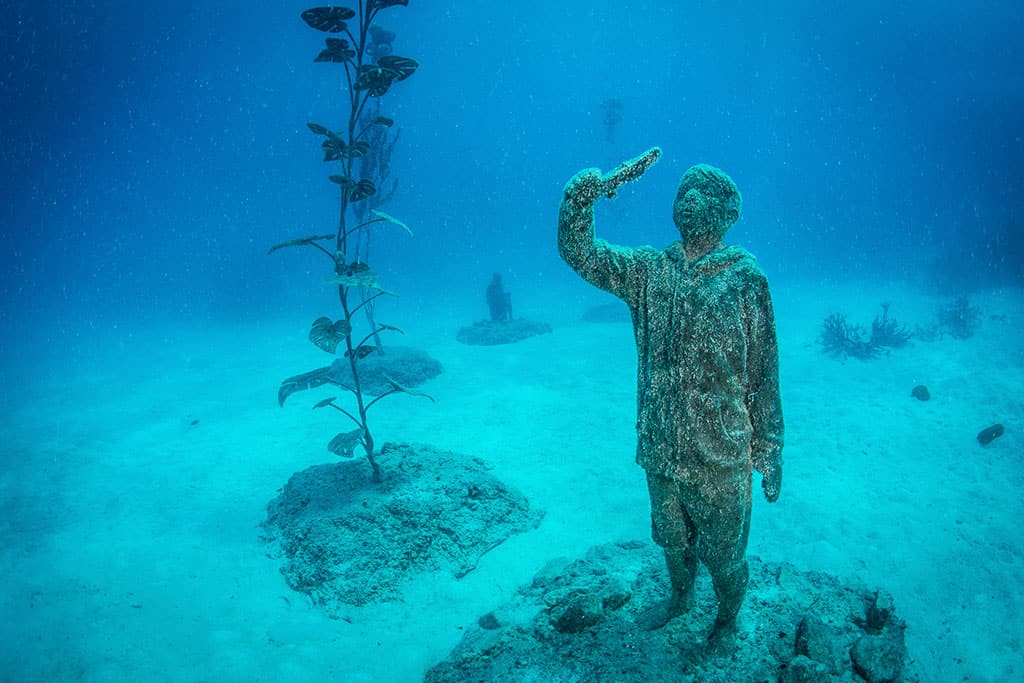 Heron Island is in the Southern Great Barrier Reef, reached by helicopter or ferry from Gladstone, Queensland. Famous for its spectacular coral reef and a sanctuary for a wide variety of marine life. Accommodation, ranges from rooms set amongst a leafy forest, to beachside rooms with immediate access to crystal clear waters teeming with nesting turtles, reef fish, turtles, rays, reef sharks and more. Twenty dive sites nearby are easily accessible by boat within minutes of the jetty.

Lady Musgrave, like Lady Elliot Island, sits close to the continental shelf, so attracts impressive pelagic action including leopard sharks, reef sharks, turtles, all sorts of rays including mantas and the occasional migrating humpback whale. The HMAS Tobruk was only scuttled a couple of years ago but has already attracted large schools of Jacks, barracuda, bat fish, a couple of resident turtles and Queensland gropers. 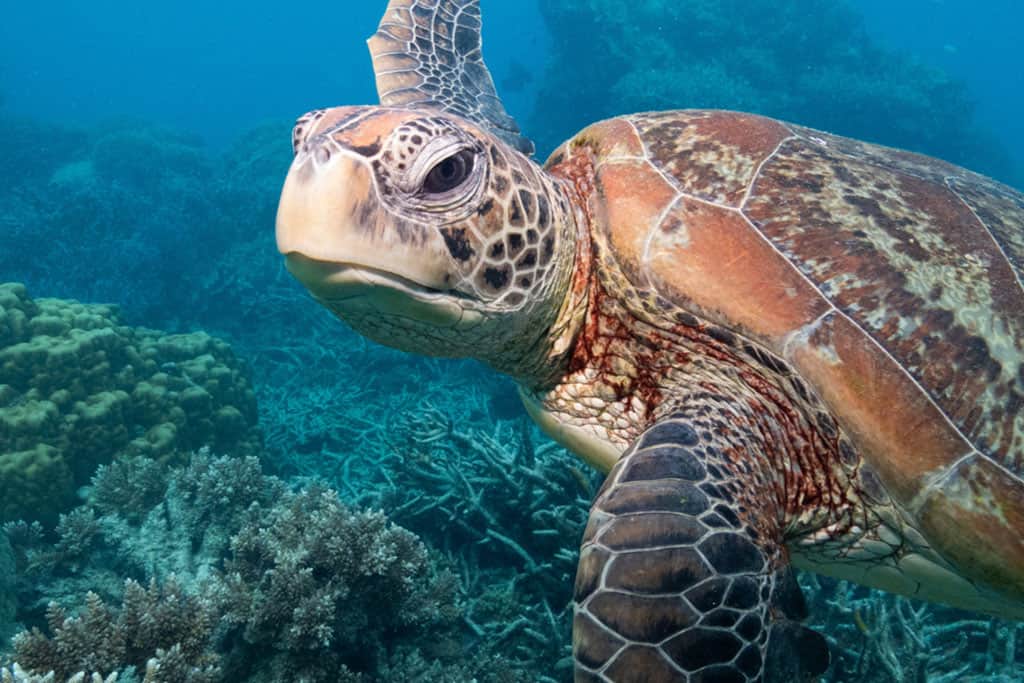 Lady Elliot Island is one of those rare gems that exist through the serendipitous combination of location, location and human intervention. Location is important as the island is just ten km from the edge of the continental shelf and the East Australian Current. This means frequent pelagic action such as manta rays, migrating whales and nesting grounds for green and loggerhead turtles. And human intervention? Lady Elliot Island sits within the Green (no take) Zone of the Great Barrier Reef Marine Park, which is why the corals are in perfect condition and over 1,000 marine species can be found in the waters around the island.

Imagine you had to design the perfect place for an adventurous scuba diver to escape to for a week’s diving holiday. You’d probably go for an island, maybe where tropical, sub-tropical and temperate ocean currents converge, a nice long reef around a lagoon, so you could dive and snorkel inside the lagoon, and explore more adventurous stuff outside in the gullies and arches. Then you’d probably give the island some sharp drop-offs, and maybe add a few small islands around to create a variety of dive sites. You could not design a more magnificent setting if you tried. The island has limited capacity, so is booked up quickly (especially now) with many divers returning annually. We have some great packages with Pro Dive Lord Howe Island.

Plus! Ever thought of becoming a PADI certified Exploratory Diver? Lord Howe Island is the only place you can do this. 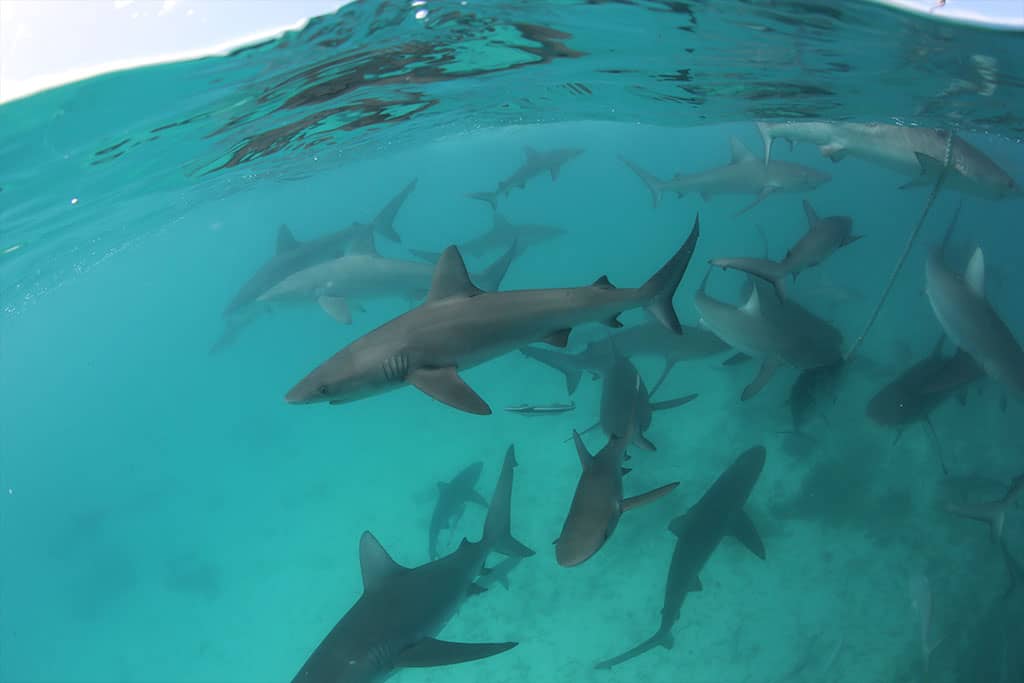 Whether you’re interested in the big stuff, or teeny tiny macro delights, you’ll find it here in Nelson Bay, Port Stephens, which has long been a popular NSW seaside retreat. Some locals will tell you that if you haven’t dived North Rock or Looking Glass (think large schools of grey nurse sharks), you don’t deserve to call yourself a real diver. Conversely, others might say: ‘If you haven’t done Fly Point or Pipeline then likewise!’ (nudibranchs, seahorses and all sorts of micro wonders).

Weedies, whales and the world’s whitest sand. Jervis Bay is three hours’ drive south of Sydney – it’s already Insta-famous for having the world’s whitest sand at Hyams Beach and the underwater world in the bay itself is pretty special as well. With over 60 dive sites, divers can expect to see weedy sea dragons, wobbegongs, grey nurse sharks, Port Jackson sharks, beautiful sponge gardens and… spring is a great time to swim with humpback whales.

Coffs Harbour diving opportunities includes the marine reserves of the Solitary Islands, and South Solitary Island in particular. There amongst boulders, walls and gutters you will see anything from Mantas to Handfish, and everything in between, and at the nearby Split Solitary amongst coral and kelp you will see many species of resident fish, as well as eels, turtles and grey nurse sharks. In season (May to September) you can also swim with migrating humpback whales.

Swim with whale sharks and humpback whales and dive Ningaloo Reef with Exmouth Dive & Whalesharks. The Coral Coast’s Ningaloo Reef is a pristine aquatic wonderland that is home to an abundance of marine life including dolphins, manta rays, turtles, humpback whales and of course the whale sharks. Exmouth Dive & Whalesharks are whale shark tour pioneers, with the experience, knowledge and reputation that will ensure that your day will be an ‘experience of a lifetime’. 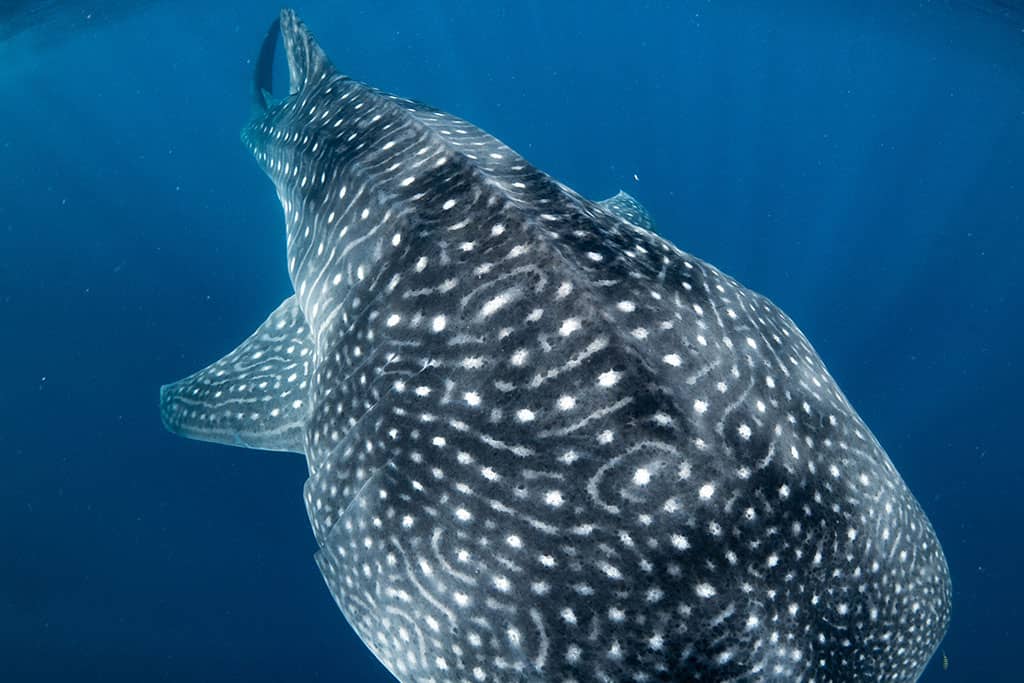 Also based at Exmouth, Dive Ningaloo is the only dive centre with access to world-famous dive site Exmouth Navy Pier voted as one of the top ten dive sites in Australia, and one of the top shore dives in the world. Dive Ningaloo specialises in small groups, personal service and adventure diving in the best, remote and beautiful places, travelling to remote Muiron Islands and untouched reef.

The Rowley Shoals is a chain of three spectacular pristine coral atolls which rise up from the ocean floor 400 m below on the very edge of Australia’s continental shelf, hence one of the most remote dive locations in Australia and diving Rowley Shoals is seasonal with trips only available around October each year. Dive amongst the giant clams, shellfish, giant potato cod and Maori Wrasse. Trevally, mackerel and tuna hover in large schools around you, and you can discover over 200 species of coral and over 650 species of fish. Visibility in excess of 60 metres is common.

Dive Christmas Island, Australia’s own Galapagos in the Indian Ocean, with pristine coral reefs and plenty of pelagic action including schools of silky sharks, mantas, eagle rays and whale sharks. Being so remote, you’ll be diving with small groups, with pristine reefs, forests of enormous gorgonian fans and plenty of sea caverns to explore. Plus, during surface intervals, swim with spinner dolphins.

To see a Great White Shark in the wild is absolutely grand and rare, but to come face to face with one underwater is one of the most exciting experiences available to divers! “Hunt with cameras” the world’s best known and most feared shark with the world’s best: Rodney Fox Shark Expeditions. On a four day liveaboard trip you will also encounter New Zealand fur seals and an abundance of bird life, dolphins and other unique fish and wildlife.

The beautiful Fleurieu Peninsula is home to one of the world’s most unique species of marine life, the leafy seadragon. These stunning creatures are found nowhere else in the world except the Great Southern Reef of Australia.

Each winter, tens of thousands of Australian Giant Cuttlefish gather to mate and spawn. This mass event happens nowhere else in the world. These cuttlefish are endemic to South Australia and have a very short life cycle of two years, which means the need to mate in such large numbers ensures the success of generations to come. A great way to see both leafy sea dragons and giant cuttlefish, and learn how to photograph them, is on a tour with award-winning photographer Scott Portelli. 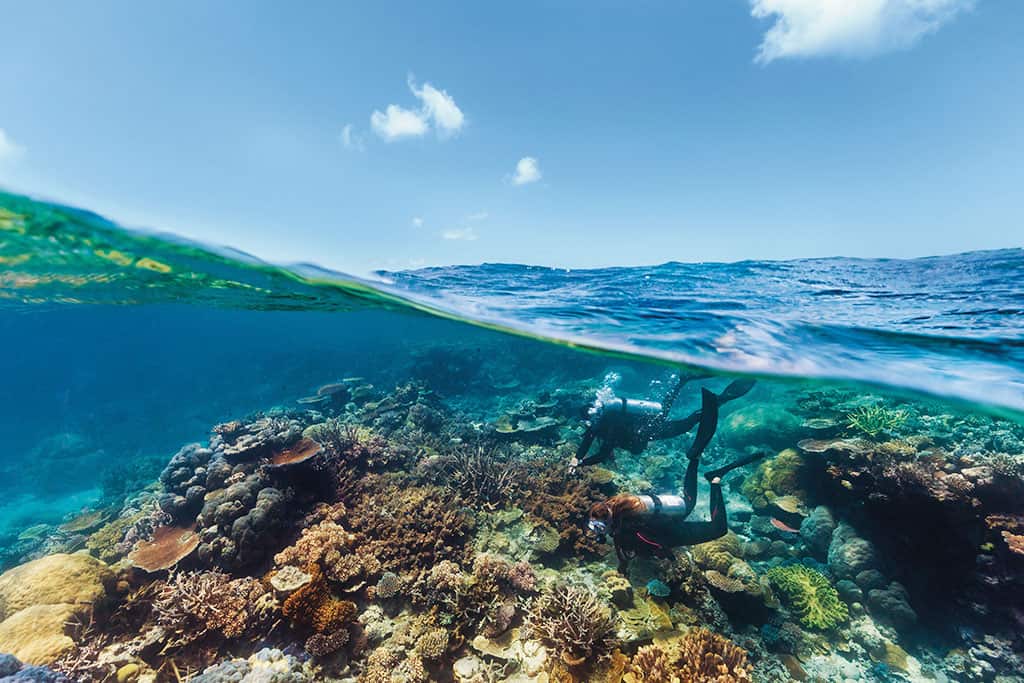 Kangaroo Island is a nature lovers dream. With large, resident pods of bottlenose dolphins, it is the ideal location to immerse yourself with these playful mammals. According to underwater photographer Rosie Leany, “Getting buzzed by a pod of highly intelligent mammals who are just as curious about you, is an amazing feeling.” Shore diving at Kingscote Jetty will also reveal a wide array of macro wonders, from blennies and angler fish to the odd leafy sea dragon. Scott is also running photography tours here early next year.