Nothing should stand in the way of a holiday to Italy – not even February’s cool weather. Although not Italy’s peak travel season, February is in fact one of the most enjoyable months to visit. Why? Because from epic singing festivals to the Battle of the Oranges and the Venice Carnival, Italy brings its A-game to the February festival scene. 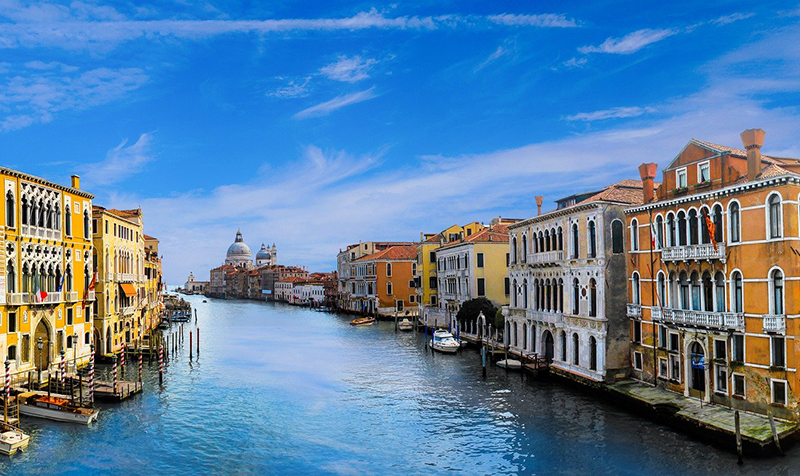 Carnevale dates to 1094, when the Doge Vitale Falier first mentioned the word ‘carnevale’ in a document as a way of describing public amusements. Across the centuries, Venice became known as the pleasure playground of Europe so it comes as no surprise that today Carnevale di Venizia (Venice Carnival) remains the city’s biggest event of the year.

Each February, Venetians and visitors take part in revelry and licentious behaviour as the city is taken over by those donning elaborate masks and costumes to attend exclusive parties and glamorous balls. Jugglers, dancers and musicians can be seen entertaining Venetians and visitors across ten exciting days. The city plays host to an array of events, from masked costume contests to VIP dinners.

Where to stay: Venice has its fair share of five-star hotels. Our favourites include the Belmond Hotel Cipriani, The Gritti Palace A Luxury Collection Hotel, and San Clemente Palace Kempinski Venice. 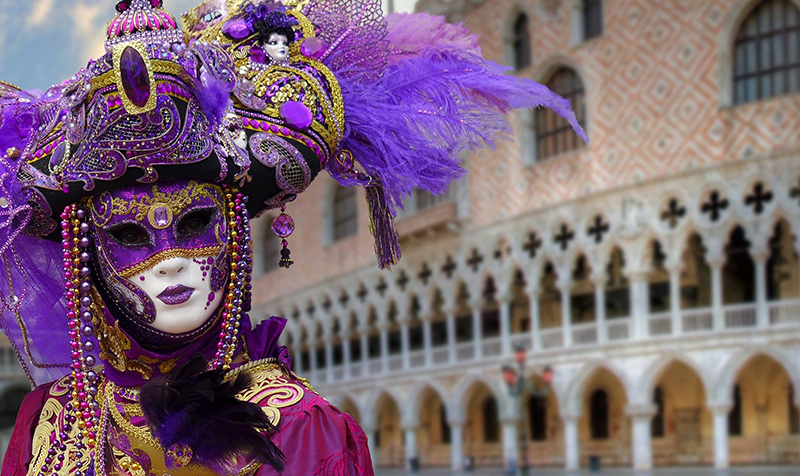 The allure and elaborate costumes of Carnevale di Venezia

The Sanremo Music Festival is the most popular song contest in Italy. As a way to revitalise the economy of Sanremo post-World War II, the now-annual music festival was designed to showcase some of the best country’s best singers. But the festival doesn’t run like a regular music festival – in fact all the songs performed must be previously unreleased.

The Sanremo Music Festival was the inspiration for the iconic Eurovision Music Festival, and is used to choose Italy’s entry into the Eurovision Song Contest. Over the years, some of Italy’s most successful singers, including Andrea Bocelli, Paola e Chiara, Il Volo, Giogia, Laura Pausini, Eros Ramazzotti and Gigliola Cinquetti, have performed in the festival.

Where to stay: For five-star festival accommodation (where you can practice your own singing in style) check out: Miramare Palace Sanremo and Royal Hotel Sanremo. 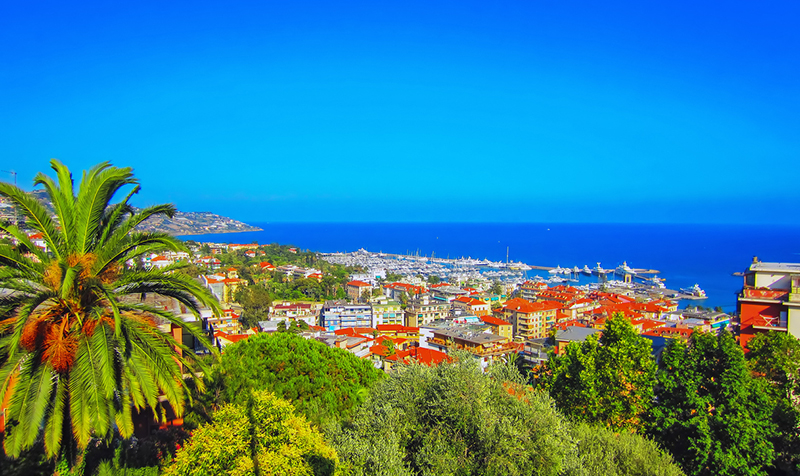 The Carnevale di Viareggio has its origins in the 19th century, when (as the story goes) in February 1873, the idea of ​​a parade of carriages to celebrate the carnival was discussed by Viareggio’s youth at the tables of Casino’s cafes. Each year, thousands of visitors flock to the Italian city of Versilia to view the spectacular floats and parade. The Carnevale di Viareggio takes place over an entire month, with five days of processions each year.

The floats usually represent people and characters in politics, culture and entertainment in an ironic and satirical way. Even more enjoyable if you enjoy painting your face and dressing in costume, you can watch from the sidelines or even participate in the parade.

Where to stay: Versilia has been a popular destination for generations, from old-school romantics like Shelley and Byron to modern day celebrities exploring its shores. Our favourite hotel stays include Hotel Principe Forte dei Marmi, Hotel Plaza e de Russie, and Locanda al Colle. 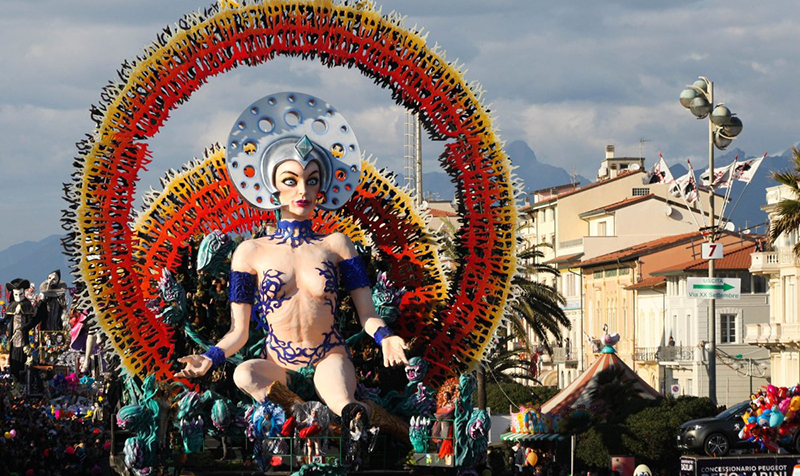 The Almond Blossom Festival in Agrigento is one of Sicily’s most famous folklore events. The festival was first founded in 1934 to celebrate the flowering of the almond trees and is celebrated across February and March each year. On the first Sunday in February, Agrigento celebrates the first almond blossoms of the season in its Festa del Fiore del Mandorlo.

The festival begins with a visit to the Valley of the Temples and the lighting of the torch of friendship in front of the temple of the Concordia. With the flowers beginning to bloom, and singing, dancing and plenty of spring-themed festivities on offer, this is a must.

Where to stay: During Agrigento’s Almond Blossom Festival, stay at the luxurious Hotel Villa Athena. 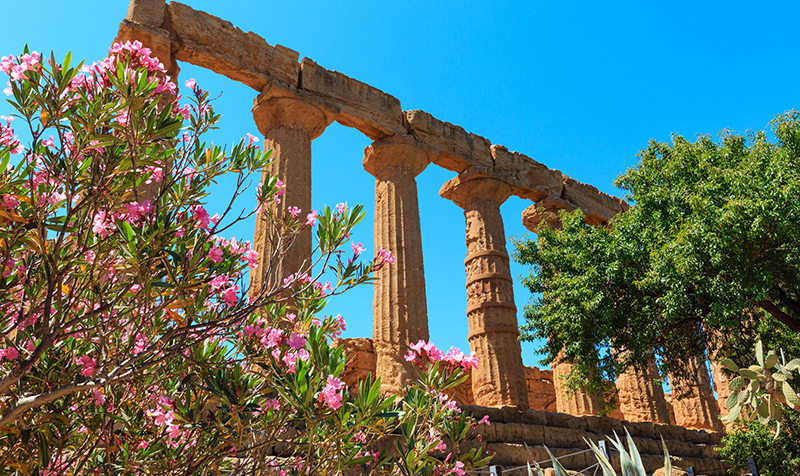 Battle of the Oranges Ivrea Carnival

Get zesty in the Piedmontese town of Ivrea by taking part in Italy’s largest food fight. Italian oranges are some of the best in the world: at the Battle of the Oranges, the toughest decision will be whether you throw them or eat them. Established in 1808, the Carnival of Ivrea is one of the oldest festivals in the world.

Each year in the days preceding ‘Fat Tuesday’ (also known as ‘Shrove Tuesday’ or ‘Mardi Gras’), townspeople of Ivrea divide into nine different squads. Oranges fly through the streets over the course of three days, so battle gear is a must, and with oranges on the fly, it pays to be aware of your surroundings.

Where to stay: one of our favourite hotel stays for the Battle of the Oranges is only a few kilometres away from Ivrea: Vistaterra hotel in the village of Parella. 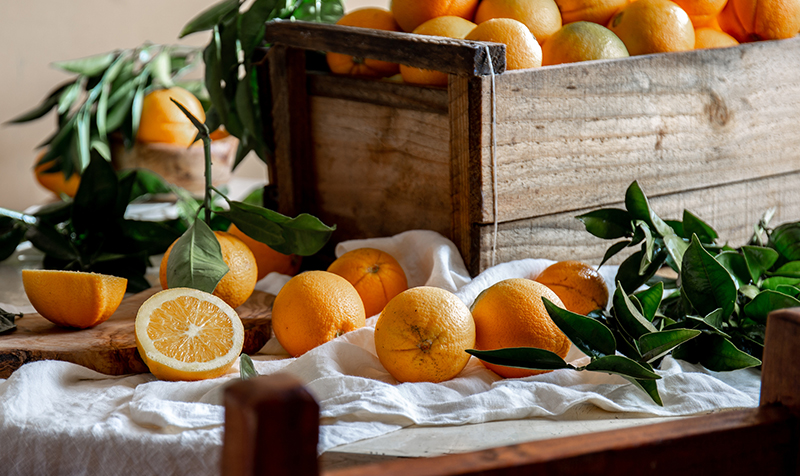 Oranges at the ready…