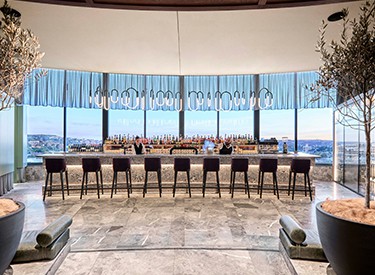 One of Japan’s best kept secrets: the Seaside Town of Gamagori Onsen 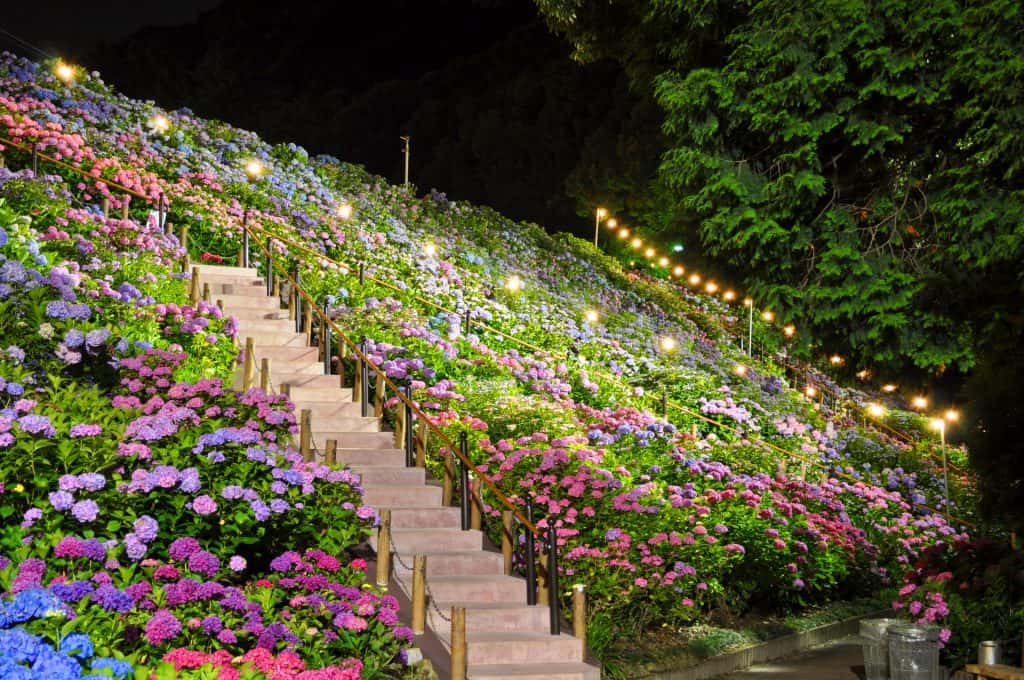 Three of the best reasons why Gamagori Onsen is a perfect stop for your next (dare we say it?) overseas holiday.

1. Relax at the Japanese seaside
Gamagori Onsen overlooks the Mikawa Bay and Takishima Island which is connected by a large bridge spanning 387 metres. The island is a designated Natural National Monument offers five small shrines dotted amongst the island greenery. Find Yaotomi Shrine which is auspicious for marriage.

2. Fall in love with onsen
Gamagori is known for its natural hot springs overlooking the Mikawa Bay and Takeshima Island, including the Hotel Takeshima and the historic Gamagori Classic Hotel which opened in 1934. The waters of these natural hot springs have a reputation for various beneficial effects such as healing muscle pain and aiding fatigue recovery.

3. See Flowers and Fireflies
After dinner, change into your ryokan’s yukata and wander around Katahara Onsen, nestled on the top of a mountain with a backdrop of thick forest. Katahara’s Hodagaike Pond is known as the ‘Home Place of the Hydrangeas’ because of its somewhat 50,000 bushes that surround pond like waters. Thanks to the pristine water and lush nature around Katahara Onsen, there is a spot nearby the pond where visitors can see the fireflies that come out in June – a rare chance for travellers to catch a glimpse of the short-lived but spectacular creatures in their natural habitat.

Aichi Prefecture, Japan
Known to locals as the ‘heart’ of Japan, Aichi Prefecture boasts a colourful past as a crucial point for traffic between east and west Japan. It is a highly diverse melting pot where were rustic Japanese charm meets innovation and technology. 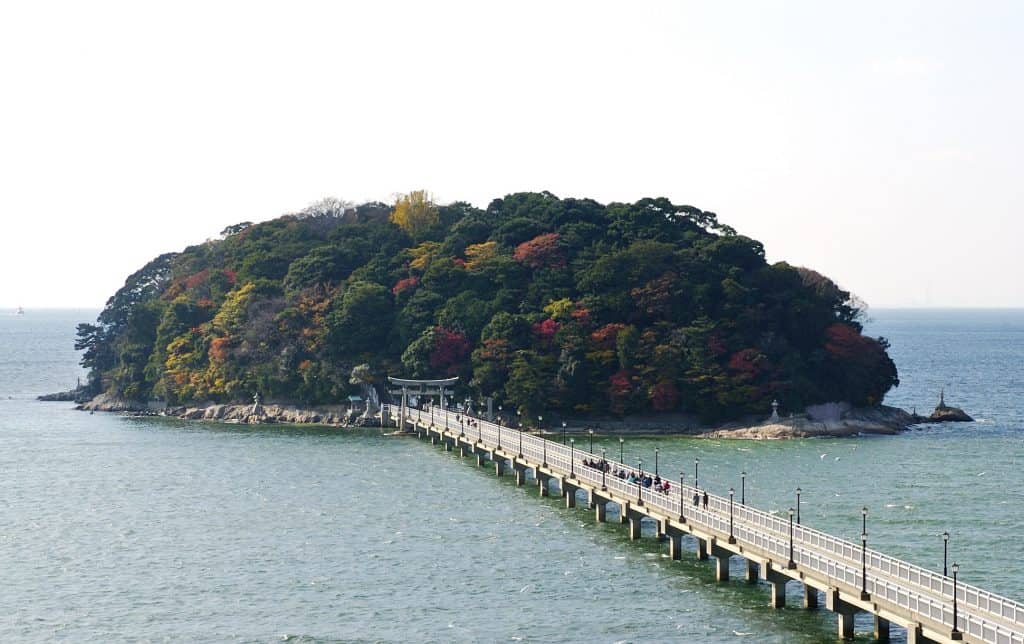 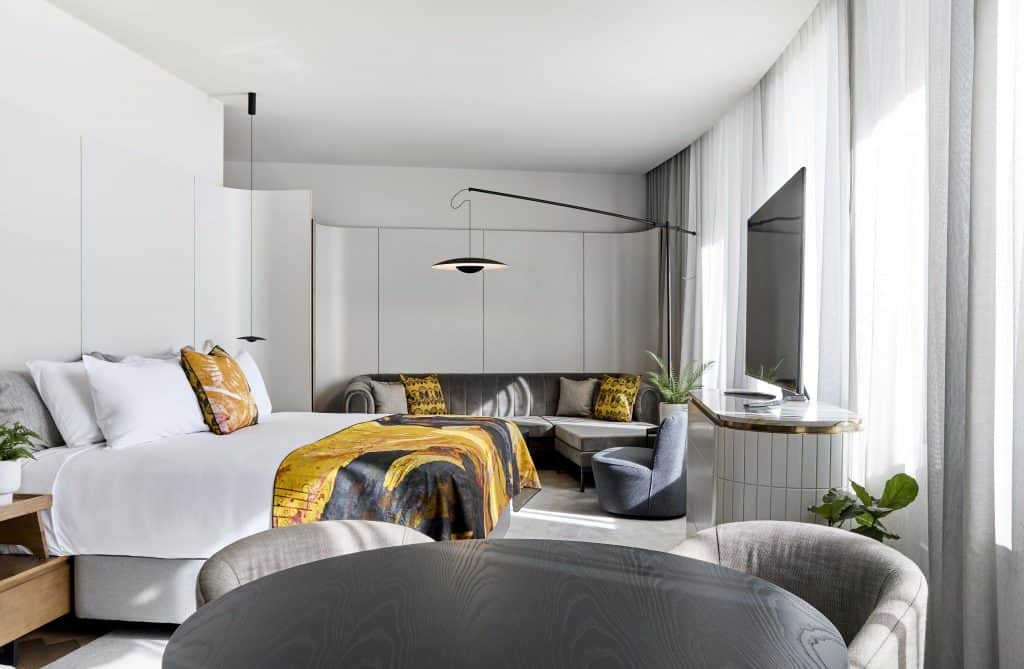 Situated in the heart of Newcastle, opposite Civic Park, Crystalbrook Kingsley transforms the city’s former Council Administration Centre, locally known as the Roundhouse, into an elegant and sophisticated 130 room five-star hotel.

The multimillion-dollar redevelopment preserves the original façade of the Roundhouse building and adds a plush interior inspired by Newcastle’s coal mining past, a rooftop bar and restaurant, and ground level café.

Destinations in themselves, the rooftop bar and restaurant, named Romberg’s and Roundhouse* respectively, in tribute to the building’s architectural history, boast breathtaking 360-degree views of the city.

Full-grown olive trees at Roundhouse restaurant create a natural canopy of stippled shade over tables throughout the day affording guests the experience of dining in a curated orchard. Also noteworthy; 80% of produce served is grown within a three-hour radius of the hotel. 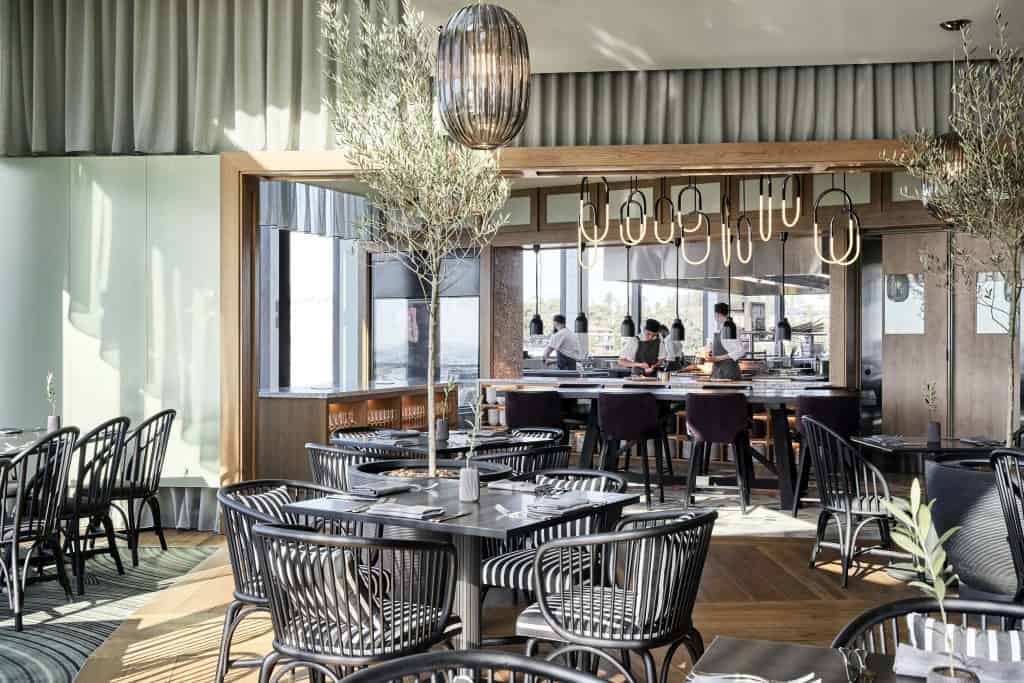 In an Australian first, Crystalbrook Kingsley will have 100% waste-free bathrooms, with all bathroom amenities biodegradable or recyclable.

Other sustainable initiatives include the use of upcycled and recycled material in construction, a single-use plastic free environment, keyless room access, and paperless check-in and check-out.

Crystalbrook Collection was also able to recycle the vast majority of internal materials that needed to be removed in the transformation.

All rooms and suites come equipped with technology sweeteners including tablet control centres, STAYCAST by Google for video streaming, and access to hundreds of recent release complimentary movies. 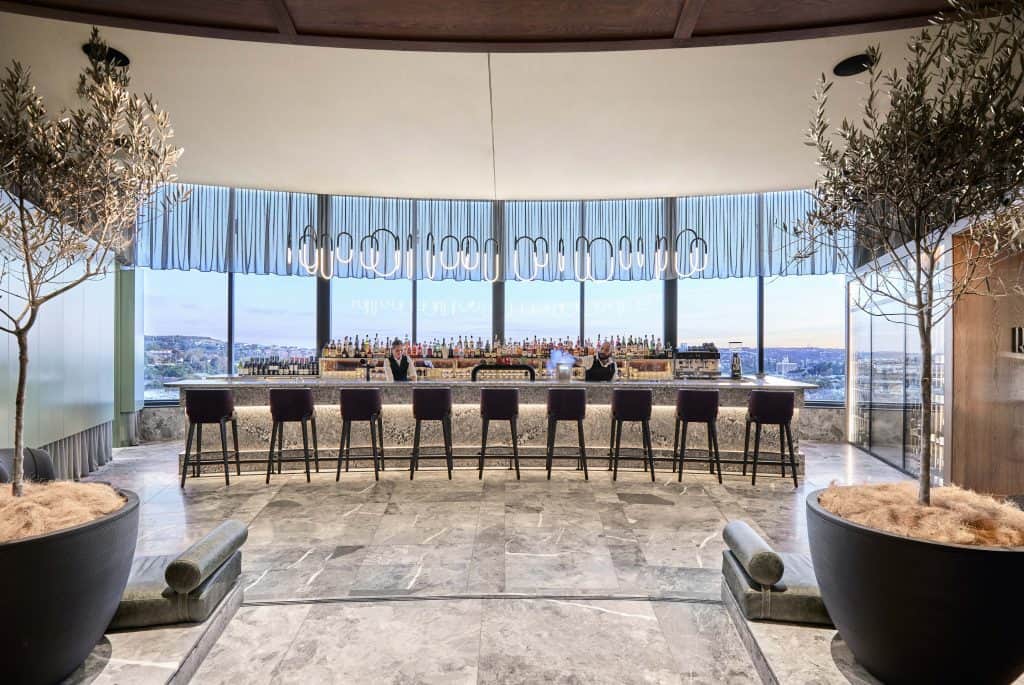 Crystalbrook is one of Australia’s leading sustainable and innovative independent hospitality companies. Each hotel in the portfolio carries an authentic expression of its location, a passion for responsible luxury, considered design and a twinkle of fun for a uniquely enriching experience.

The Group also owns and operates a collection of ten restaurants, three spas, Crystalbrook Superyacht Marina in Port Douglas along with Crystalbrook Station and its subsidiary pastoral businesses.

Responsible Luxury
Responsible Luxury and sustainability is at the forefront of the way Crystalbrook thinks and operates. At a glance: · Operating a single use plastic free environment. No plastic straws, water bottles or single use bathroom amenity bottles (in the past two years the Group has saved over three million plastic bottles from entering landfill)
· Farming their own beef
· Sourcing at least 80% of produce from within a three-hour drive of each hotel
· Use of technology, such as in-room iPads and mobile check-in to create paperless environments and experiences
· Use of recycled and upcycled materials. Examples include key cards made from recycled wood, coat hangers made from recycled paper and toothbrushes made from sugar cane and corn-starch.

Crystalbrook Collection and Ghassan Aboud Group
Crystalbrook Collection is part of Ghassan Aboud Group promoted by international entrepreneur and philanthropist Ghassan Aboud. The group is a multi-business conglomerate engaged in automobiles, real estate, hospitality, FMCG, food, retail, bespoke catering, media and logistics. In business for more than two decades, the group operates from its global headquarters in the United Arab Emirates with offices in Australia, Belgium, Jordan and Turkey.