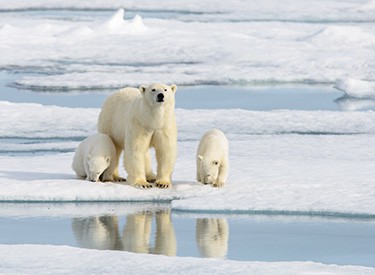 Opera Australia Returns to Uluru for 2021 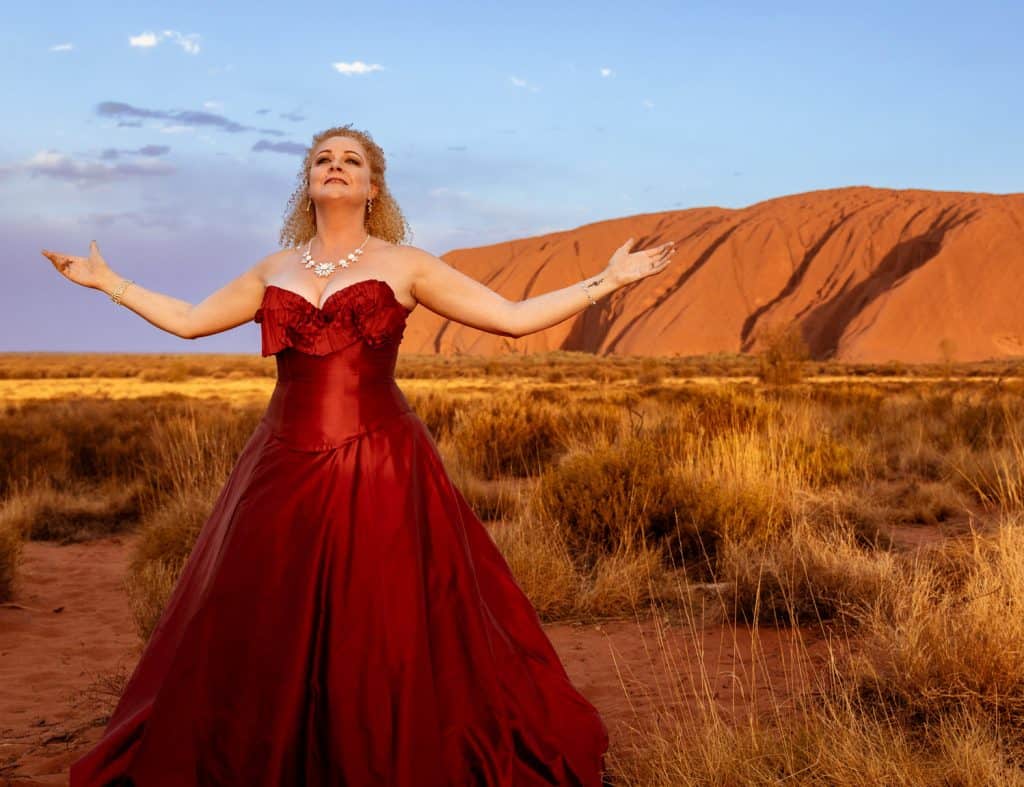 Opera Australia will be returning to Uluru, the spiritual heart of Australia, in September 2021 with four performances planned across one weekend with the Uluru-Kata Tjuta National Park and Bruce Munro’s Field of Light Uluru as the backdrop.

This will be Opera Australia’s second performance at Uluṟu, partnering with Voyages Indigenous Tourism Australia, having captivated audiences with its inaugural concert in November 2019. A return visit was planned in 2020 but had to be cancelled due to the Coronavirus pandemic.

The event will be held under the stars from Friday 17th to Sunday 19th September 2021 and will provide guests with the opportunity to hear some of the world’s finest music performed in a uniquely Australian setting.

In 2021, guests will be able to curate their own musical journey by choosing from a range of packages and stand-alone concerts.

The weekend begins on Friday night with an open-air Welcome Dinner, highlighting native bush ingredients, and will feature a performance of sublime arias from the final act of Mozart’s The Marriage of Figaro. The event will take place among the expansive ghost gums at Sails in the Desert.

Two exceptional, intimate dawn performances for only 90 people each will leave guests awestruck as the sun rises over the horizon and bathes Uluru in the morning light. On Saturday, guests can enjoy four of Opera Australia’s finest singers and a string quartet performing a selection of Brahms’ most beautiful love songs, the Liebeslieder Waltzes.

And, on Sunday morning celebrated soprano and accomplished cellist, Taryn Fiebig, will enthral guests with a captivating recital, performing a selection of songs on her cello.

The Gala Concert on Saturday evening will include a performance of arias from Bizet, Puccini, Rossini, Verdi and more, accompanied by a chamber orchestra conducted by Tahu Matheson.

As the sun sets over the desert backdrop, the evening will be illuminated by the spellbinding colours of celebrated artist, Bruce Munro’s critically acclaimed Field of Light Uluru’s 50,000 glass spheres. The weekend of performances offers a totally unique way to experience the global art phenomenon, which opened at Ayers Rock Resort in 2016. 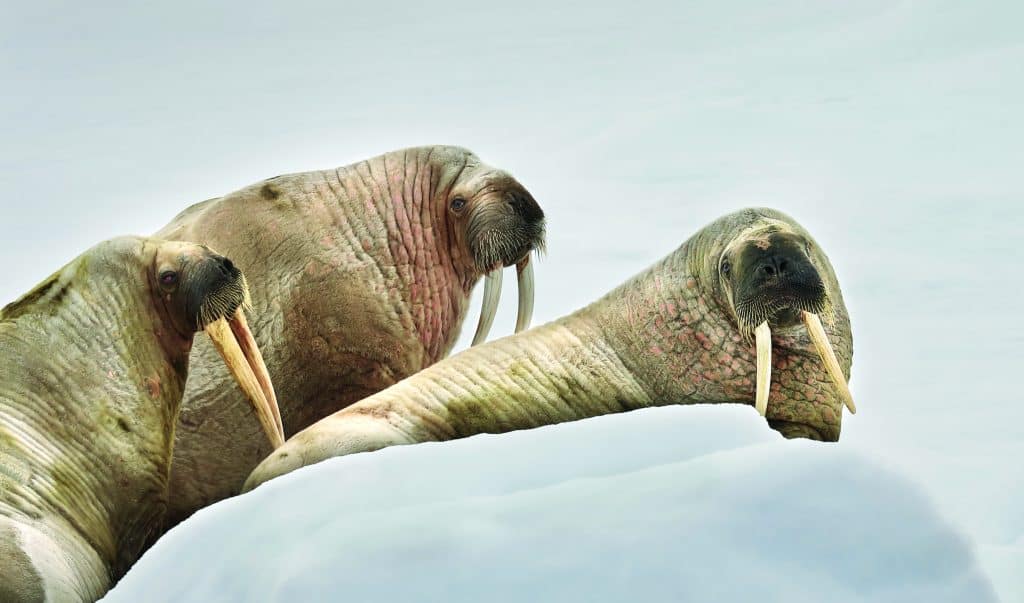 Aurora Expeditions have launched their Global and Arctic 2022 program aboard both the Greg Mortimer, and their new ship, the Sylvia Earle, on track for delivery in October 2021.

The program features 12 new itineraries and destinations that continue to push the boundaries of expedition voyaging and will take our expeditioners to some breathtaking and incredible remote corners of the planet, including the Russian Far East, Raja Ampat/West Papua, Alaska, the Northwest Passage and Baja California.

Both the Sylvia Earle and the Greg Mortimer Global and Arctic 2022 programs will visit some of the Mission Blue Hope Spots as championed by Sylvia Earle herself. These include The Gulf of California, the Coral Triangle and Misool Marine Reserve in Raja Ampat and the North West Passage. Through visiting these places, Aurora Expeditions aims to raise further awareness on the importance of conserving these biodiverse marine areas.

Some of the main itinerary highlights of the new Aurora Expeditions Global and Arctic 2022 program include:

North West Passage – 17 days
Sailing on the Greg Mortimer
Get a glimpse into the world that captivated early explorers such as Franklin, Amundsen and Larsen, by exploring a portion of the fabled Northwest Passage. Visit the final resting places of some of the legendary explorers to have ventured here and experience the archipelago of islands and channels that make up Canada’s High Arctic region. An opportunity to try and meet local indigenous people who call this remote wilderness home, and encounter enigmatic arctic wildlife, including walrus, beluga whale, polar bear and the elusive narwhal. 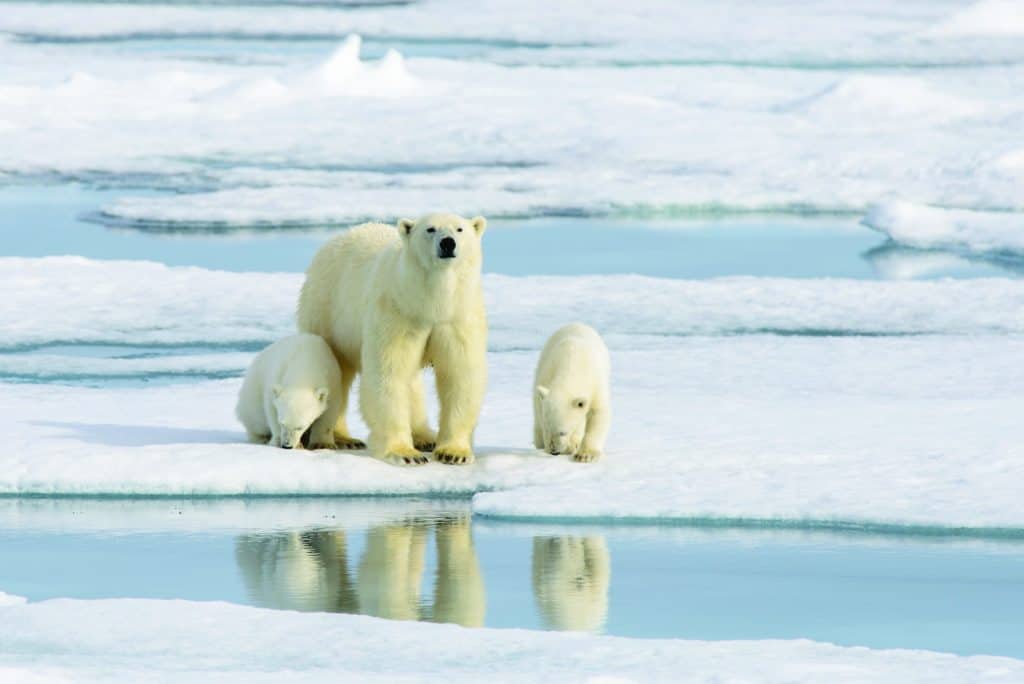 Wrangel Island – 16 days
Sailing on the Sylvia Earle
Set sail from Nome, Alaska, for Russia’s most remote and treasured wildlife sanctuaries, Wrangel Island Nature Reserve. Discover a wonderland offering the world’s highest concentration of polar bear dens (home to both parents and cubs), the largest population of Pacific walrus, nesting grounds for 100 migratory bird species including snowy owls, snow geese and long-tailed skuas; and reindeer, musk oxen and arctic fox. Having escaped glaciation during the last ice age, Wrangel Island is a bonsai garden of some 400 plant species and boasts a human history as spare and dramatic as the land. Explore the Chukotka coast, where beluga, gray and humpback whales feed, and experience traditional Chukchi life before returning to Nome.

The Gulf of California, also known as the Sea of Cortez, was once famously dubbed the ‘aquarium of the world.’ The rugged islands, coastal desert and the surrounding turquoise waters are of striking natural beauty. The islands and protected areas of the Gulf of California are one of Dr Sylvia Earle’s designated Hope Spots and a UNESCO World Heritage-listed site. It is one of the most productive ocean regions in the world – home to over 900 species of fish, including sharks – 90 of them endemic – more than 2,000 invertebrate species and a variety of whales, dolphins, rays, sea turtles and sea lions.

Alaska Adventure and Haida Gwaii – 13 days
Sailing on the Sylvia Earle
Weaving through fjords, coves and bays that are best enjoyed on a small ship, explore small settlements, including Annette Island’s Metlakatla Indian Community, the only Indian Reserve in Alaska. In Sitka Sound, Zodiac-cruise at Saint Lazaria National Wildlife Refuge, home to over a 500,000 breeding seabirds, as bald eagles and peregrine falcons circle the skies and Mount Edgecumbe looms nearby. In Misty Fjords National Monument, sail along Tracy Arm Fjord towards the splendid twin Sawyer Glaciers. With special permission, we visit Haida Gwaii, where indigenous Haida guides will welcome you to their community and share stories about their history and culture. Near Bella Coola, Nuxalk Nation guides will lead expeditioners on an exclusive excursion for a grizzly bear encounter, a unique selling point of this voyage.

Raja Ampat & West Papua – 14 days
Sailing on the Sylvia Earle
The tropical archipelago of West Papua is ideal for expedition cruising. Raja Ampat and the nearby islands of the Indonesian archipelago are a melting pot of culture, history and nature. Discover the influence of Melanesia, Islam, and the Portuguese explorers and Dutch traders who ventured to the ‘Spice Islands’ in search of highly prized spices such as nutmeg. Raja Ampat is also a marine biodiversity hotspot. With 75 per cent of the world’s coral species and over 1,500 species of tropical fish found here, it is a paradise for divers and snorkellers.

These new itineraries sit alongside some of Aurora Expeditions most popular Arctic voyages including Svalbard Odyssey, Iceland Circumnavigation and Jewels of the Arctic.