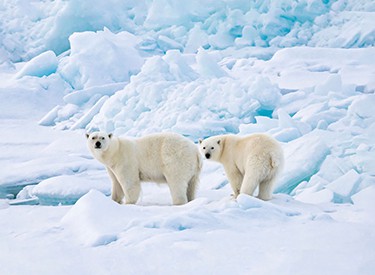 PONANT has launched a selection of incredible new luxury expedition itineraries for 2023. These include new expeditions in Antarctica, the Arctic, Northern Europe, Oceania, and Asia Pacific.

The company will set sail with nine new luxury expeditions in warmer waters off North-West Australia and through Indonesia and South-East Asia, as well as five new departures to the Arctic, Alaska and Antarctica offering isolated islands and mysterious icy landscapes.

Among the tropical expeditions includes an odyssey between North-East Australia and Indonesia where travellers can experience the Komodo National Park, swim with marine life and explore the heavenly islands of the largest archipelago in the world.

Komodo National Park is also part of a new itinerary from Bali to Singapore, with other highlights including a visit to the island of Sumbawa as well as southern Borneo, home to a vast population of orangutans.

In the Arctic, the PONANT’s fleet new addition Le Commandant Charcot will set sail from Greenland to Spitsbergen, exploring the world’s largest icebergs and fjords with majestic ice plunging into the blue waters below as bird colonies congregate on uninhabited islands. Also, on-board Le Commandant Charcot, guests will travel deep into Antarctica, retracing the Heroic Age expeditions of the White Continent as it travels from New Zealand to Argentina, crossing the Antarctic Circle to the Bellingshausen Sea.

This tropical expedition discovers the sublime natural landscapes of north-east Australia and Indonesia. Highlights include Lizard Island in the heart of the Great Barrier Reef, home to white sandy beaches fringed by coral reefs teeming with marine life; the isolated and mysterious Asmat region; Triton Bay in the middle of the Coral Triangle; the “Spice Islands’ shaped by Dutch and Portuguese influences; and ultimately Komodo National Park, home to the famous Komodo Dragon. 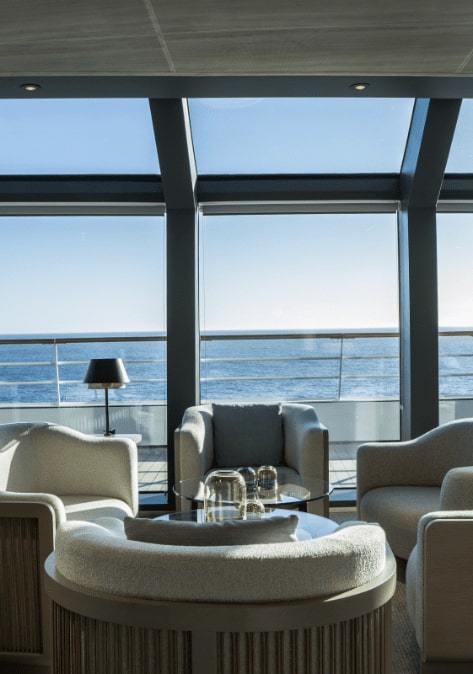 This new luxury expedition itinerary from Bali to Singapore showcases the heart of Indonesia and the largest archipelago in the world. Highlights include exploring the famous Komodo National Park; the active volcano Mount Bromo, Badas on the island of Sumbawa; the majestic Tanjung Putin National Park in southern Borneo which is home to many orangutans; and sailing through the Belitung Islands east of Sumatra.

“Islands and Fjords: from Greenland to Spitsbergen”

In the Arctic, an itinerary has been crafted on board the new Le Commandant Charcot’ from Greenland to Spitsbergen, exploring the Arctic Islands and Fjords. Commencing in Reykjavik, the ship sails to the east coast of Greenland to discover the Inuit culture in Ammassalik Island before moving through the magical scenery of Kangerlussuaq fjord full of ice and rock that plunges into the deep blue waters below. It then sails towards Ittoqqortoormiit Regin before reaching Scoresby Sund, the largest fjord system in the world; then onto the uninhabited volcanic Jan Mayen Island on the threshold of the Arctic and North Atlantic Oceans teeming with large bird colonies before reaching Svalbard and Isfjorden and ultimately Longyearbyen.

Reykjavik, Iceland to Longyearbyen, Spitsbergen
Aboard Le Boréal
13 days, 12 nights
From 31 July to 12 August 2023
From AUD $15,980 per person in a Prestige Stateroom*
30% savings with the PONANT Bonus when you book early*
Flight + Transfer Longyearbyen/Paris included 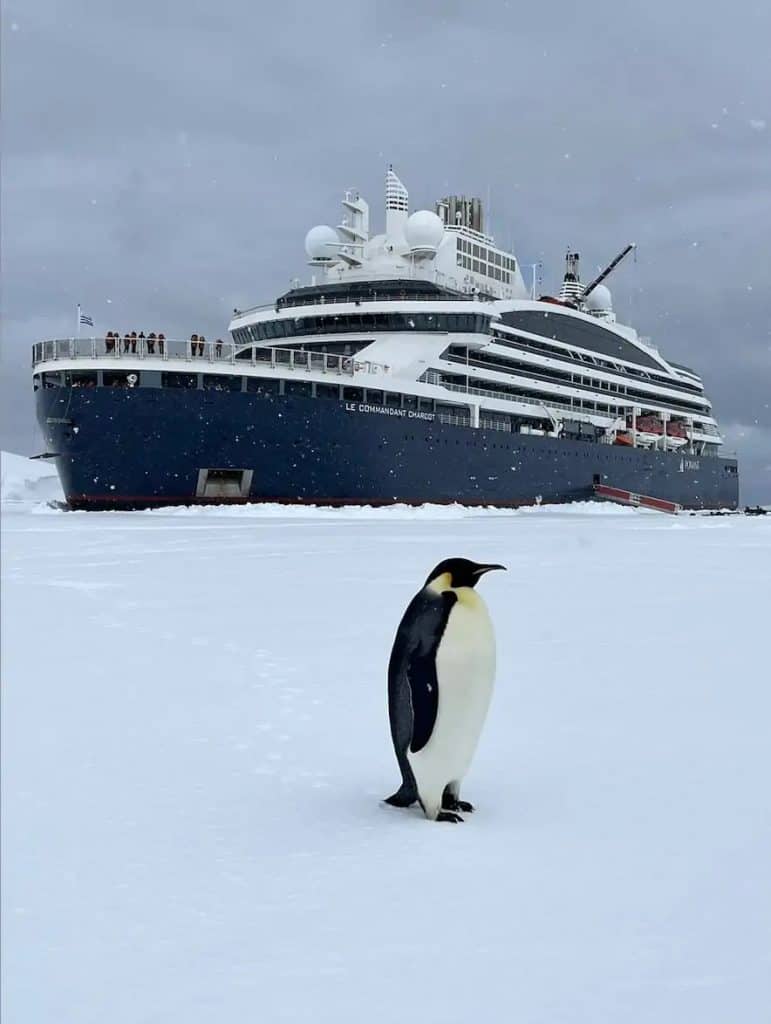 Onboard Le Commandant Charcot, PONANT is offering an all-new half-circumnavigation of Antarctica from the New Zealand shores to Ushuaia, the city at the end of the world. Guests will travel deep into Antarctica, retracing the Heroic Age expeditions of the White Continent, exploring the shores of Macquarie Island where there is an abundance of penguins before heading south, crossing the Antarctic Circle to the Bellingshausen Sea.

Dunedin, New Zealand – Ushuaia, Argentina
Aboard Le Commandant Charcot
28 days, 26 nights on board
From 13 February to 12 March 2023
From AUD $56,630 per person in a Prestige Stateroom*
30% savings with the PONANT Bonus when you book early*
Flight Auckland/Dunedin + transfers & transfers Ushuaia/Santiago included

*Advertised price and PONANT bonus are yield managed and subject to change at any time without notice.

Created in 1988, by officers of the French Merchant Navy, PONANT has created a new style of cruising, under the French flag, through a unique conception of sea travel blending a pioneering spirit, French-inspired hospitality, and a commitment to promoting sustainable and responsible tourism. Accessing exceptional territories aboard small-capacity luxury expedition ships featuring refined design, on which the art of living and excellent cuisine takes pride of place: such is the promise of a unique and authentic voyage with PONANT, the world leader of luxury expeditions.