Rare chance to live out your James Bond fantasy 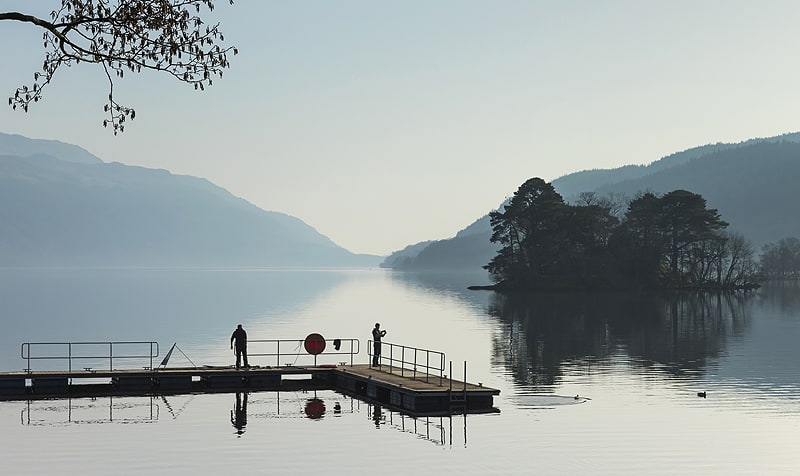 The island of Inchconnachan situated on Loch Lomond whilst not the home of James Bond is very close to a Sky Fall lifestyle. The 42 hectare property which has been owned by the Colquhoun family for more than seven hundred years is for sale for overs over 500,000 pounds. The island is located around 40 km from Glasgow airport and a stone’s throw from the award winning Loch Lomond distillery.

Looking Over To Loch Lomond- Extending North From Balloch To Ardlui A Distance Of 24 Miles Making It Britain’s Largest Stretch Of Inland Water, From Duncryne Hill Near Gartocharn. Image Credit Visit Scotland/Kenny Lam

Besides a ruined 1920s cottage and outhouses the island is host to the red-necked species of wallaby, brought there by Lady Arran Colquhoun in the 1940s. The island is also home to otters, roe and sika deer. Its woods boast ancient oak and birch, Scots pine, Douglas firs and Larch.

Protected under UK and international law, it is also one of the few places the rare turkey-like giant Grouse of the high treetops known as the capercaillie can be spotted. Ospreys occasionally nest there, too.

This is true isolation, there is no passenger boat available to travel to the island so its kayak or hire your own speedboat. You could also take a speedboat tour from Luss on the eastern shore or Rowardennan farther up on the western shore.

The Narrows, a waterway between the site and Inchtavannach island is a must visit for those boating on the loch.

View of Loch Lomond from Conic Hill which is part of the West Highland Way. Image credit Visit Scotland/Paul Tomkins.

The current house was built in the 1920s by a retired tea merchant in the style of an Indian tea plantation bungalow. It was later the home of Fiona Gore, Countess of Arran who won the 1980 Seagrave Trophy becoming the fastest woman on water reaching a top speed of 102 miles per hour.

Take your own tour, stay for a while or just kayak over for a visit. This is definitely a once in about nine lifetimes’ opportunity.

For more inspiration or to start planning your next holiday, talk to your personal travel manager. You can find one near you here.