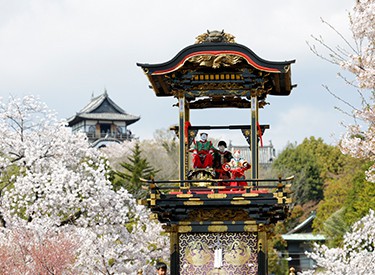 The Festival of the Demon Roof tiles in Aichi 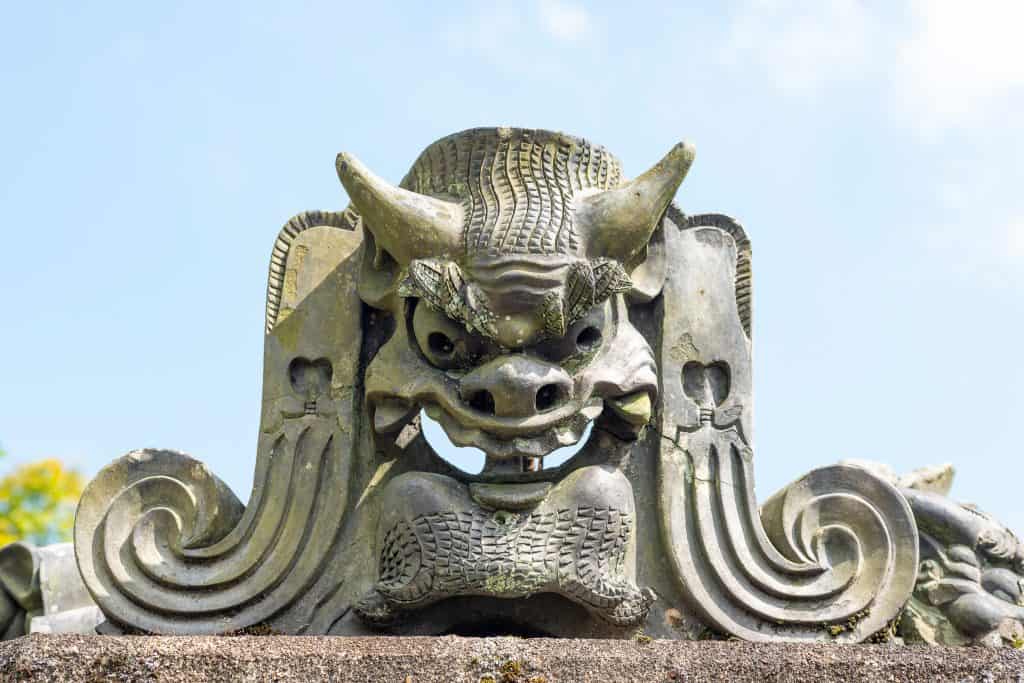 This name alone has us searching the internet for airfares to Takahama. Listed as one of the top 500 streets to visit in Japan along the four and a half kilometre long stretch of road that connects the Takahama-Minato Station to The Kawara Museum of Roof Tiles. The buildings along this street portray a variety of demons or Onigawara which gives the festival its name. From ancient times it was believed that these repulsive faces would ward off bad spirits. The festival is held in the middle ten days of October but check closer to the date to see if it will be held or not due to COVID.

The city of Toyohashi, is in Aichi Prefecture and one of the stations on the Shinkansen bullet train between Tokyo and Osaka is the birth place of the tezutsu hanabi or hand held fireworks. These fireworks can be seen at festivals such as Toyohashi Gion Festival, Fire Festival, and Hada Festival.

The biggest city in Aichi Prefecture is Nagoya. Here is an ideal place to take a workshop with Miura Knives. Japanese knives are the highest quality in the world and at a workshop here you can meet a knife connoisseur to help you choose a knife and learn how to sharpen it.

Visit the Tokugawa Art Museum after hours on a private tour complete with dinner. This museum is filled with national treasures, art pieces, and artefacts from the Edo period. The museum owned by the descendants of the Owari Tokugawa clan and related to the first shogun of the Edo period, Ieyasu Tokugawa. The experience begins with a session of monko – think meditation with fragrant incense. This is followed by the private museum tour and then capped off at a dinner inside a garden next to the museum.

Aichi is also home to Inuyama Castle which sits on a hilltop overlooking the Kiso River and is one of the oldest castles in Japan. In April, 400 cherry blossom trees bloom along the riverbank. During the cherry blossom season, the Inuyama Festival is held in the city with its origins going as far back as 1635 and has become a UNESCO Intangible Cultural Heritage. During the festival, floats covered in lanterns with karakuri puppet performances move through the streets to the sound of the flute and the Japanese taiko drums. After the sun sets the floats are lead through avenues of the blooming cherry blossom trees.

From June to early July, the peaceful hot spring village Katahara Onsen by the foothills of Mt. Sangane becomes painted in pastels as Hydrangeas come into bloom. With around 50,000 bushes in bloom, it has been dubbed the ‘Home place of Hydrangeas’. Each year a Hydrangea Festival is held, with the hydrangeas lit-up from dusk, and a lucky few will also be able to see fireflies which thrive in the pristine greenery. 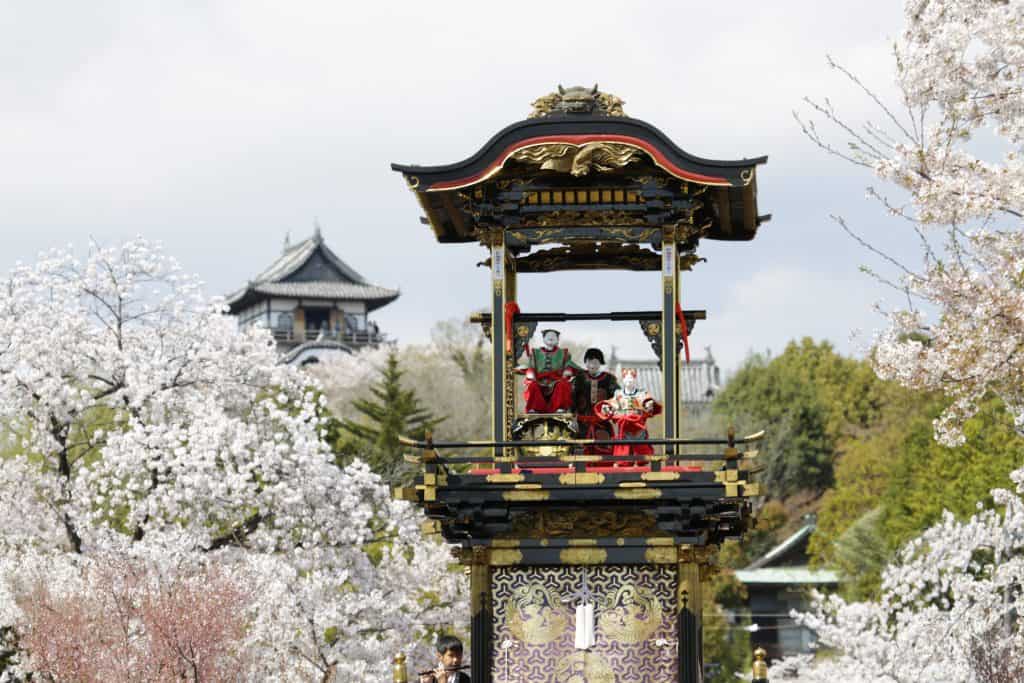 Somewhat overshadowed by other more well-known regions, Nishio is responsible for approximately 20% of matcha sold within Japan. Springtime is when the tea buds begin to grow and are soon harvested and prepared. Throughout the town, there are many cafes and sweets stores where one can find freshly made sencha (green tea leaves), matcha powder and matcha green tea desserts. The sweets range from parfaits to more traditional Japanese sweets such as matcha oban-yaki (a matcha sponge cake filled with matcha cream) and matcha mochi rice cakes. For a hands-on experience in the harvest season, some factories in Nishio have tea leaf picking experiences. Within the Nishio City History Park, you can find a tea room in the Former Konoe.

House which belonged to a powerful noble family dating back to the Heian Period (794-1185). The Konoe House’s tearoom was restored to its original state and for a small fee, travellers can enjoy matcha green tea with Japanese sweets while overlooking the Japanese gardens, Nishio Castle ruins and the park’s many cherry blossoms. 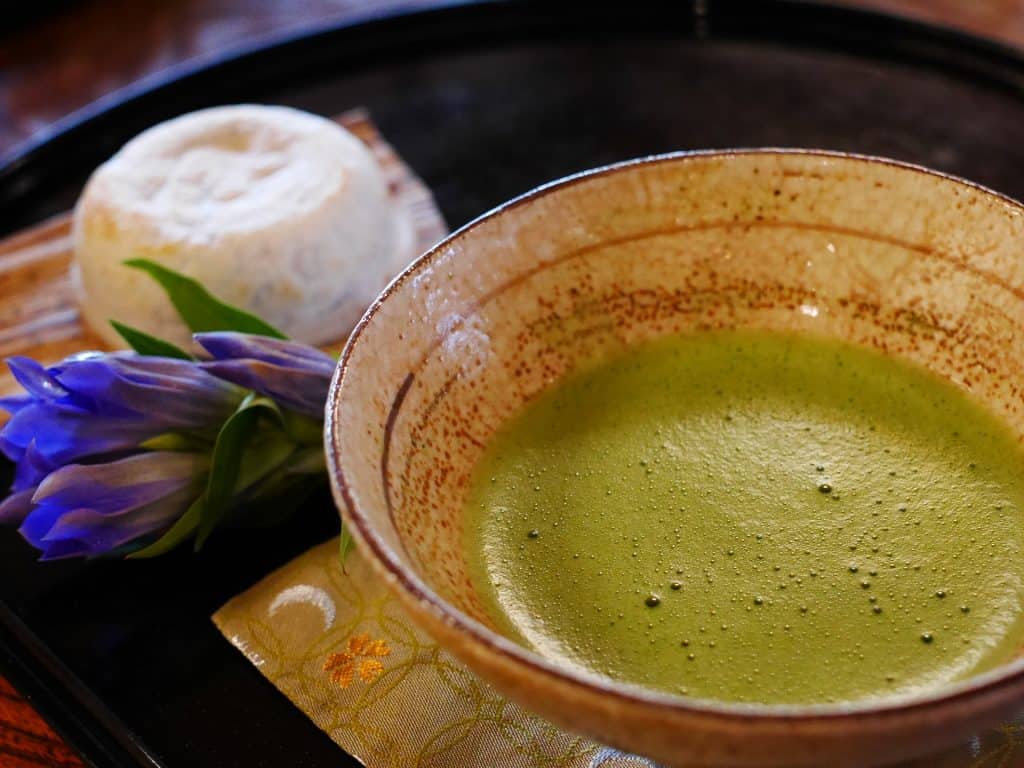 Lovers of Japanese ceramics are sure to be familiar with Noritake. The company was established in 1904 by two Japanese brothers as a trading company specialising in imported chinaware and antiques, but later began manufacturing their own ceramic ware in Japan. While in Aichi visit the original factory grounds, Noritake Garden which has been converted into a museum and park. The park next to the museum has sculptures and artwork scattered throughout it, and with its own cherry blossom trees to boast – is another place to celebrate the coming of spring in Aichi. 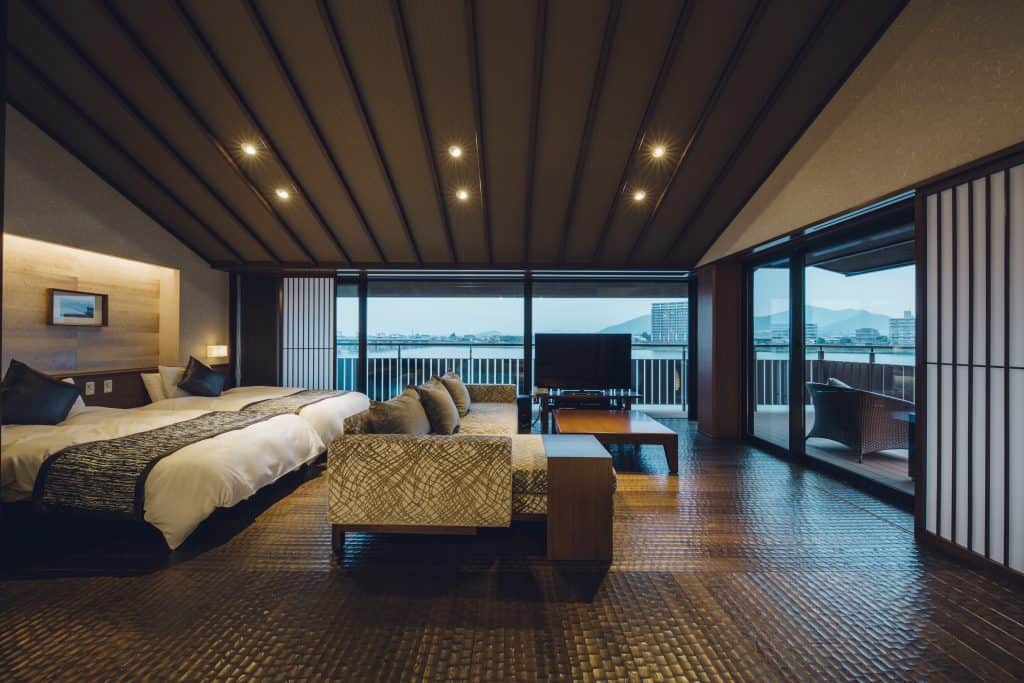