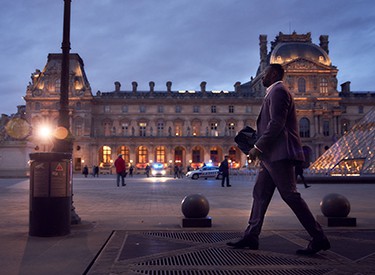 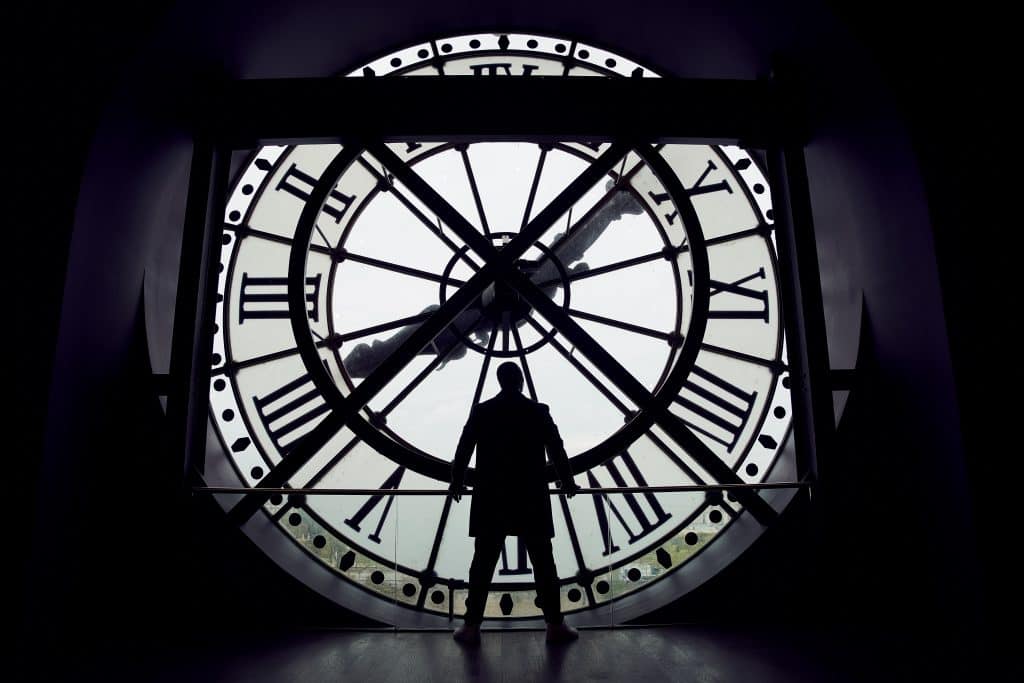 When a large Senegalese with luscious lips and a French accent appears in my living room, I think there are some perks to lockdown. I don’t seem to be alone. There’s a trend for those of us pining for a bit of international action and we are getting it from our screens, namely tv shows and movies where a foreign language and subtitles are essential.

I recently did a call out on my Facebook for some recommendations for what to watch during my enforced convalescence. My feed was filled with Lupin, Emily in Paris, Call My Agent (all French), along with Babylon Berlin (German) and xxx (Dutch and Flemish). I started with Lupin played by Omar Sy. The series inspired by Maurice Leblanc’s Lupin books follows Assane Diop in the role of modern day Lupin – the gentleman burglar. Assane dons many a disguise in order to prove that his father who was framed for the theft of Marie Antoinette’s necklace and then murdered was set up. This light and delicious story offers up a wealth of French locations from the opening scene at the Louvre through to the home of Maurice Leblanc in Etretat. 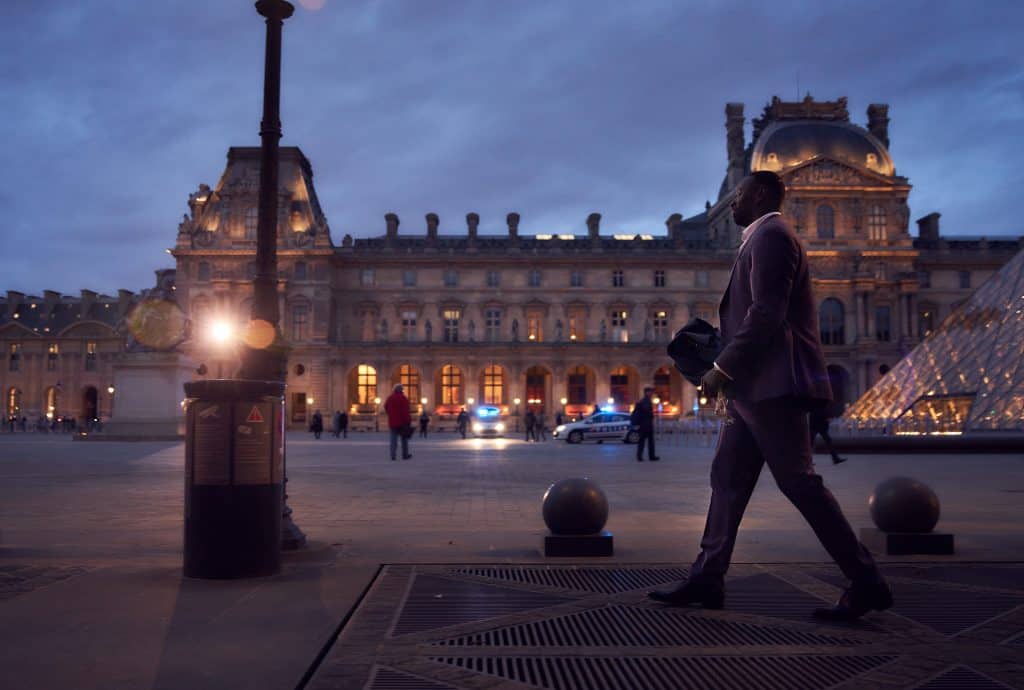 How I would love to see the Mona Lisa smile again? Viewing Assane smile at her in one of his many disguises (this time as a janitor) will do for now. This is in the opening scenes of the first season. If you would like to have exclusive access, when we are finally allowed off the island, CNN reports that Parisian company, Family Twist are offering 90 minute tours for a cool 30,000 Euro. They include a Tesla pick up and drop off to IM Pei’s glass pyramid, followed by a greeting by an art historian with treasure hunt cards with pieces of the museum’s masterpieces to match the cards to (think Mona Lisa’s eye). The tour offers highlights from the Museum’s 38,000 pieces of exhibited art along with a ballerina dancing on the staircase leading up to the Winged Victory of Samothrace. The experience is completed with a private river boat cruise with Champagne and caviar. 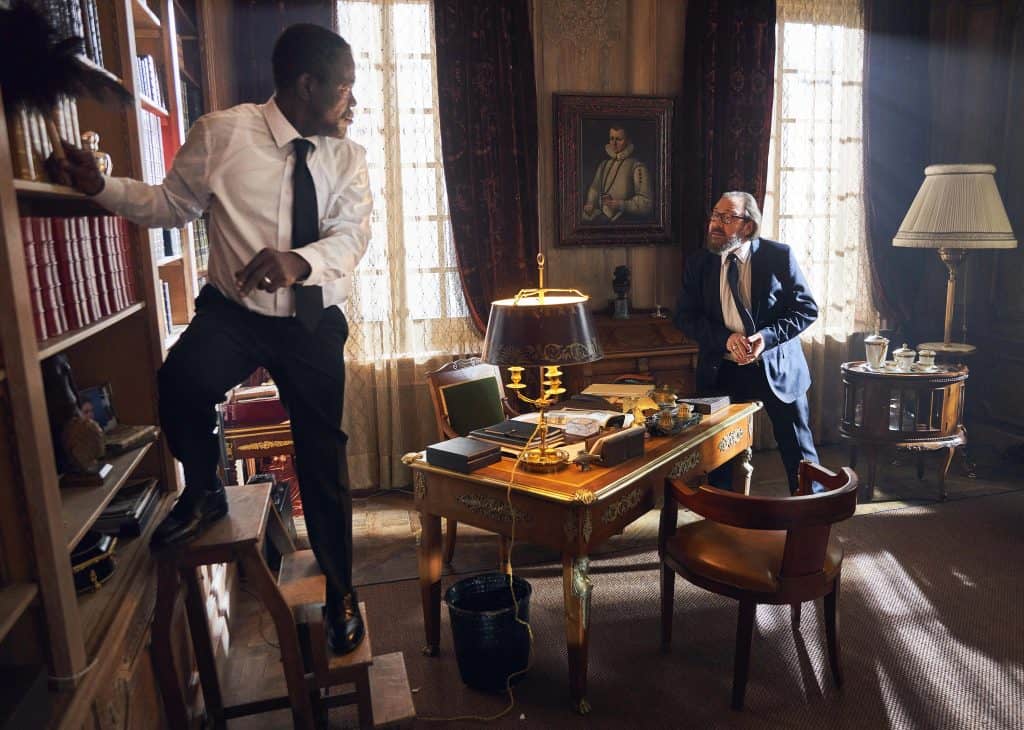 The Pellegrini family who own the Marie-Antoinette necklace and who were the employees of Assane’s father Babakar is filmed in the Musée Nissim de Camondo in the 8th Arrondissement. The home was built in 1911 and is modelled on Versailles’ Petit Trianon. It is a temple of gilded abundance, offering a labyrinth of rooms which show the finest craftsmanship of France’s “ancien régime”. It offers a world of Louis XVI chaises, ormolu clocks, and canvases by the Elisabeth Vigée-Lebrun and François-Hubert Drouais. This private art collection of banker Moise de Camondo is open to the public. This location is not far from the Parc Monceau where Assane and Claire are bullied in front of the pillars of La Naumachie pond. 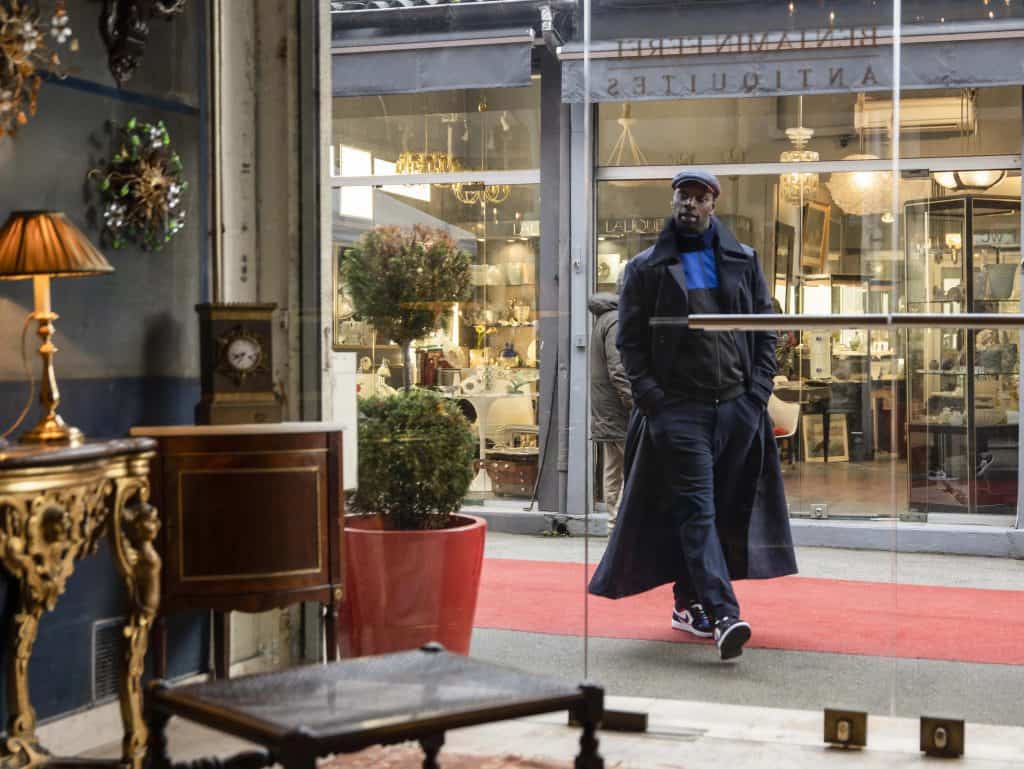 Biron market has around 220 shops and offers a journey through time via art objects and fine furniture from the 17th to the 19th century, art deco and art nouveau furniture, sculptures, jewellery and more. It is a place of delight for the French antiquarian sprinkled with celebrities and politicians who are on a quest to seek a treasure. 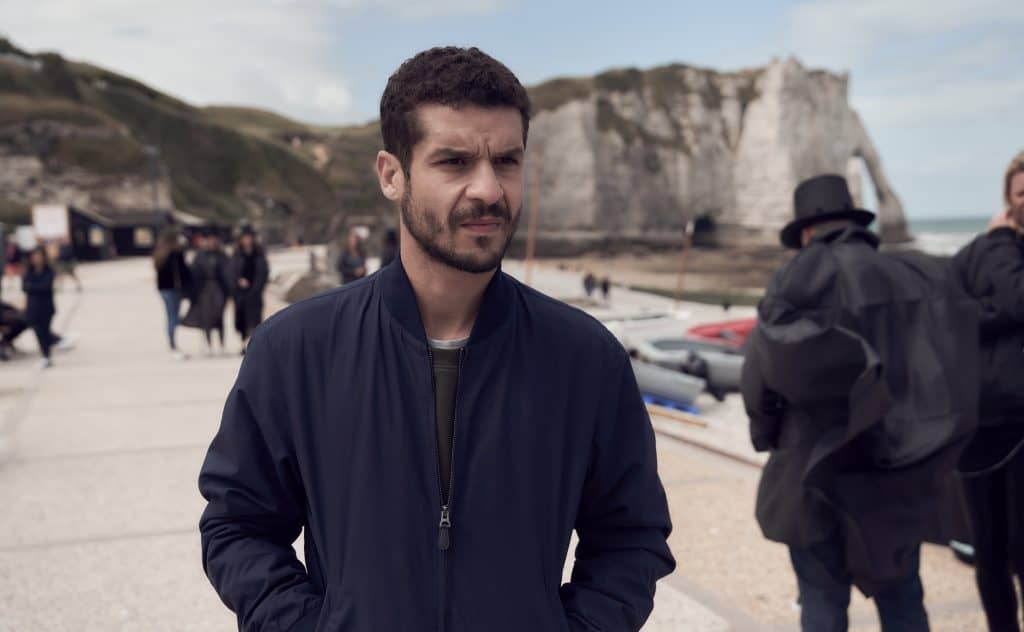 The home of Maurice Leblanc is the historic beachside town of Etretat in Normandy. In Lupin we visit the rock formation L’Aiguille creuse (The Hollow Needle) which inspired Leblanc’s book of the same name This historic beachside town, with its iconic white-chalk cliffs inspired many French artists, including Claude Monet, Gustave Courbet and Eugène Delacroix; writers such as Guy de Maupassant and  Victor Hugo.

A visit to Leblanc’s home The Clos Lupine is a must for Lupin fans. Leblanc wrote 19 novels and 39 short stories here in this building which now houses photos, paintings, and clothing and utensils from his fictional hero, Arsene Lupin. 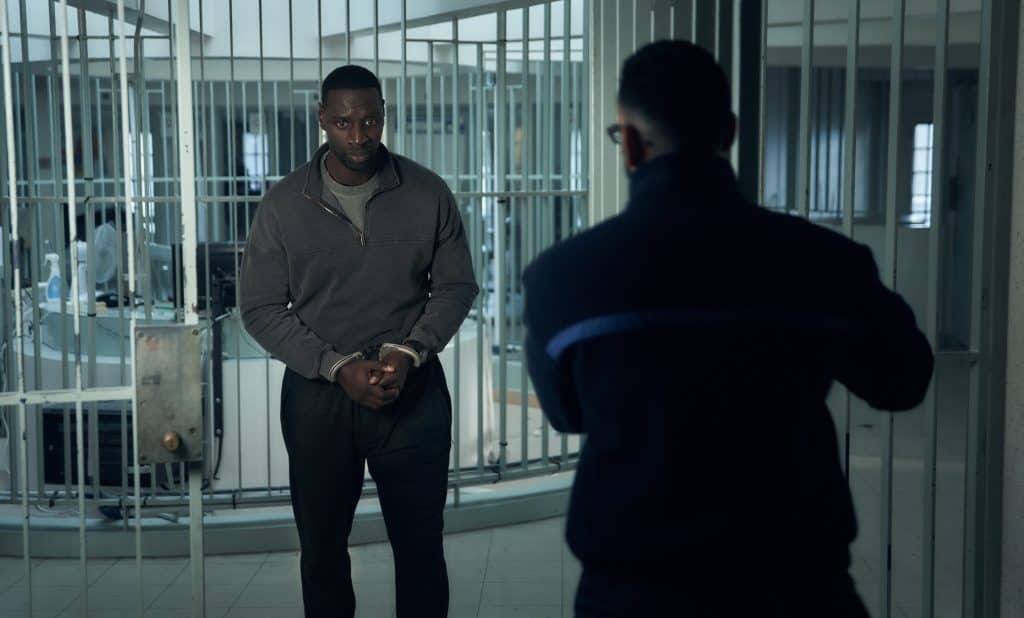 Assane swaps places with another prisoner in order to find a prisoner who can give him vital information about his father. The scenes in the jail were filmed at the Maison d’Arrêt de Bois-d’Arcy, known as ‘Le Beaubourg Pénitentiaire’. Situated near Versailles, it’s close to Omar Sy’s hometown of Trappes. The remand centre is not on any tours! 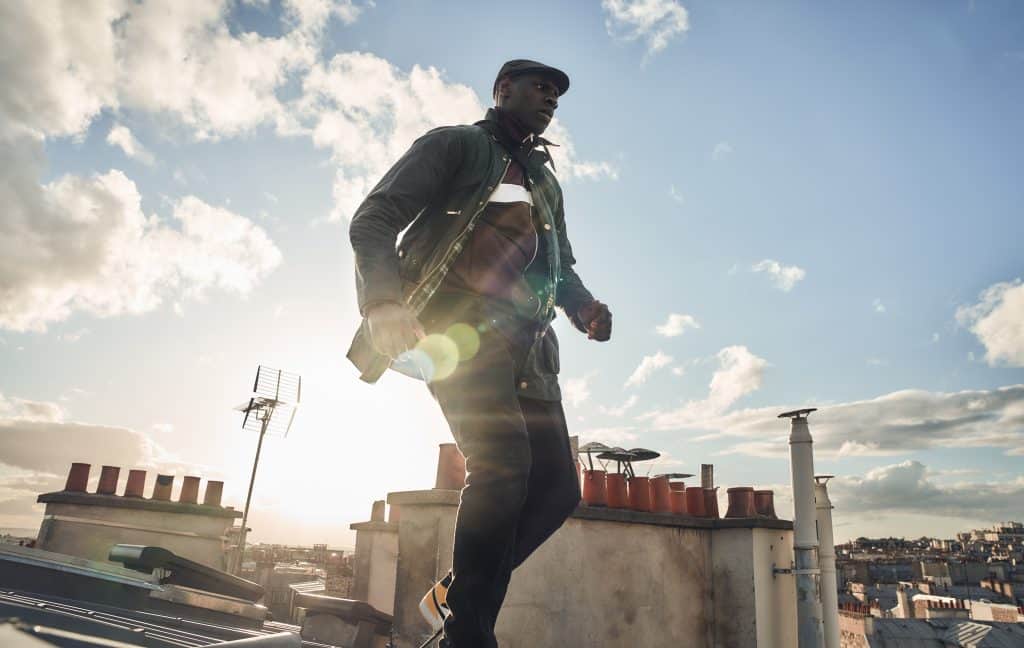 The Luxemburg Garden is the place where we see Assane disguised as a delivery cyclist and ordering food for several other delivery cyclists to foil the capture by the bold gendarmes. This is the place where Assane meets Juliette Pellegrini by the lake. While this is free to enter, there are some worthwhile walking tours in this garden that surrounds Luxembourg Palace. You can also partake in an artistic tour stopping to sketch different scenes with a guide. There is plenty to draw from statues dating back to the seventeenth century, impressive fountains and plants in abundance. 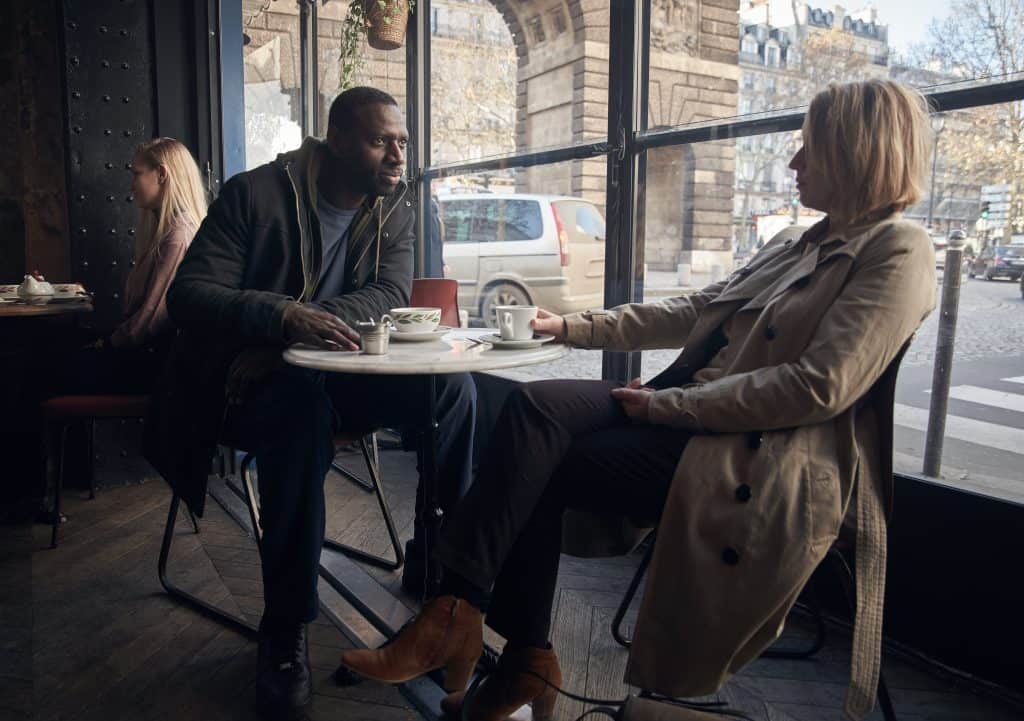 The Pont des Arts features heavily in many French films and television shows such as Amelie, Midnight in Paris and the Bourne Identity. This footbridge is free for anyone to walk over and is a feature of many of the cruises down the Seine. In Lupin we find Assane on the bridge giving his son, Raoul, the same Arsene Lupin book that Assane’s own father passed on to him.

Lupin seasons one and two are on Netflix now. Eagerly awaiting season three and to be hopefully out of lockdown.