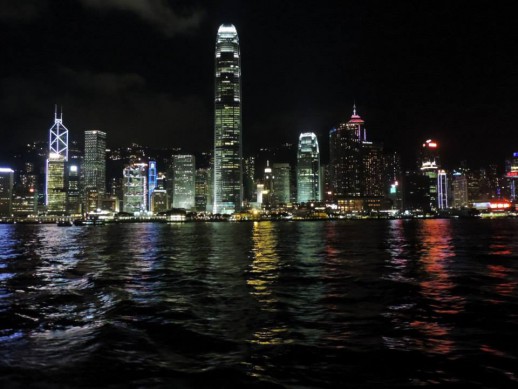 Unbeknown to most the Portuguese were the first European explorers to settle in Hong Kong, but the Chinese quickly expelled them. The Qing Dynasty evacuated the entire Guangdong region, which encompasses Hong Kong, in the 17th century and few returned to their homeland. Hong Kong  remained desolate for nearly a century until British merchants established a trading post in 1711. It’s widely considered that this is when affluent Hong Kong was born, with many of the colonial buildings harking back to the regions’ inception. To arrange your Hong Kong holiday, contact your personal travel manager.

Consisting of more than 200 islands, Hong Kong became a British colony after the First Opium War and has been a leading financial centre ever since. China resumed sovereignty in 1997, but allowed Hong Kong to keep the judiciary, political and economic systems established by the British. The Hong Kong constitution dictates that the region keeps a ‘high degree of autonomy’ except where foreign relations and military defence are concerned. This semi-independence has led to the label ‘one country, two systems’.

When the British took control of Hong Kong in 1841 the population stood at just 7,500, but the establishment of a free port resulted in mass immigration, boosting this figure to 125,504 in just 25 years. Exquisite examples of colonial architecture can still be found in Hong Kong and we’ve identified a few of the finest.

Murray House was built in 1848 as officer’s quarters in downtown Hong Kong and demolished 150 years later to make room for the Bank of China Tower. The historical significance of the building ensured that it would be resurrected, and consequently over 3000 bricks were labeled and catalogued for restoration at Stanley, on the southern coast, in 2001. Murray House was constructed in Classical architectural style, drawing inspiration from the Romans with elegant weight bearing columns, with practicality taken into full consideration. The encircling verandas look out of place to some, but are pivotal in protection from the elements during monsoon season. Ghoulishly the Japanese military police used the building for executions throughout World War Two, resulting in a string of ghost stories.

One of the few surviving defences from the colonial era is the Noonday Gun stationed at Causeway Bay. This mounted 31lb cannon was erected in 1901 opposite the Excelsior Hotel and still fires everyday at noon. Getting to the monument isn’t obvious and only accessible through the carpark of the World Trade Centre, adjacent to the Excelsior Hotel.

During British reign the governor lived at Government house and consequently all major decisions were made there. The building was transformed under Japanese occupation during World War Two, resulting in the fusion of starkly disparaging architectural styles. The two contrasting approaches are rarely unified, elevating the architectural significance of the property.

Hong Kong’s free port status made the island attractive for embassies, which were eager to establish trade links in the East. The Russians established a consulate in 1868, but the French bought the building in 1915 adding the chapel and dome that now characterise the building. The building is still known as The Former French Mission Building, but the property now serves the judicial system, but the elegant chapel and dome remain proud remnants of European colonialism.

The opportunity to visit relics of a rich past, these historical monuments are a must see for any traveler. Find out more with your local, personal travel manager-  http://www.travelmanagers.com.au/ptm-search/