2021-2023 - Australia and New Zealand via Timaru and Akaroa
13 days | 12 nights
From $3,884* per person twin share
Choose 2 free at sea extras^
Cruise through the best of Australia and New Zealand on Norwegian Spirit. Sail from Sydney to Eden, Burnie and Melbourne before crossing the Tasman sea. Enjoy the spectacular sights of Doubtful Sound, Dusky Sound and Milford Sound before travelling to through the South and North Islands. 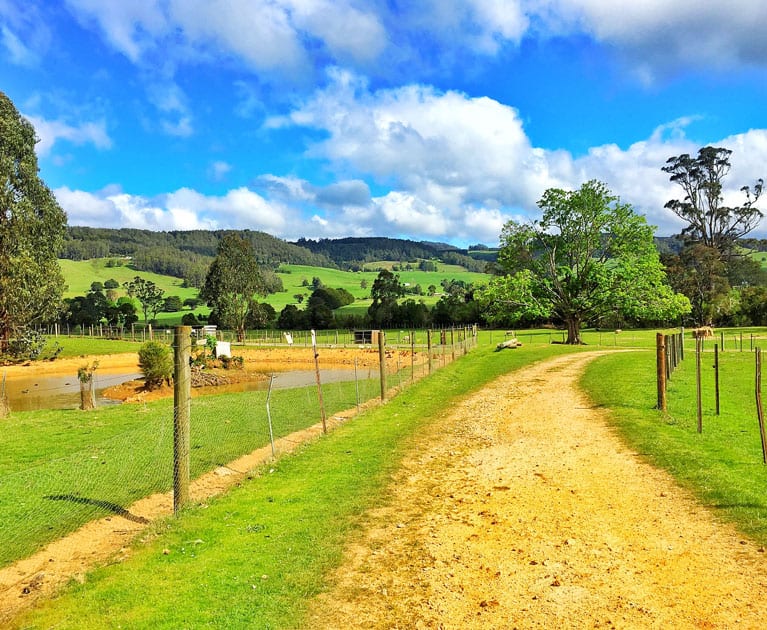 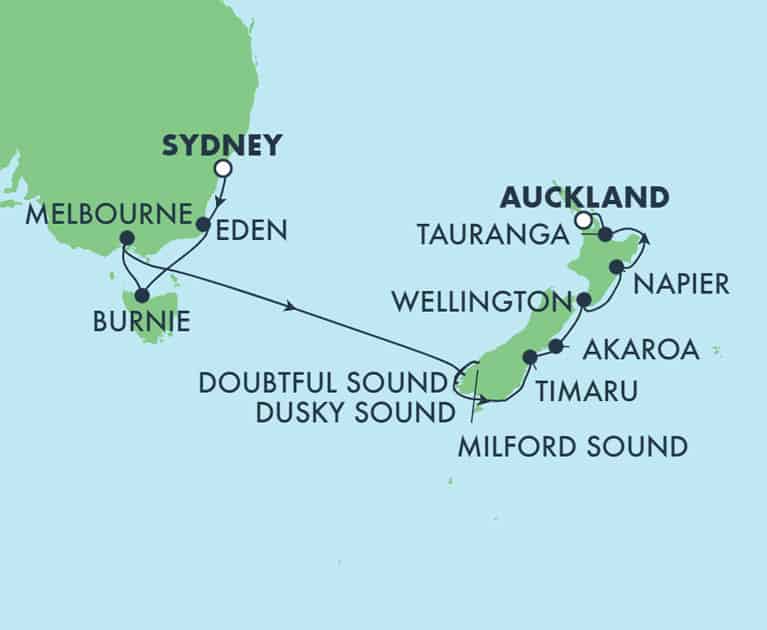 Offer expires
4 Nov 2020 unless sold prior

Sydney’s harbour is the hub from which there’s much to see and do. You’ll want to explore this area, home of the iconic Opera House. Admire the skyline, swim at a harbour beach or cross the Sydney Harbour Bridge. Want to see surfing? Grab your sunblock and towel and spend the day on world-famous Bondi Beach, or take a scenic walk on the coast from Bondi to Coogee Beach. The Rocks district is a shopper’s mecca offering a wide variety of goods, from woodcrafts and unique art to outback fashions.

The town’s name reflects what you will indeed find in Eden – a beautiful natural wonderland. Situated on the rugged coastline of Australia’s New South Wales, Eden is nestled among national parks, wilderness areas and enticing beaches. It’s considered one of Australia’s best locations for oyster farming, so bring your appetite. Eden and its surrounding landscapes offer an abundance of outdoor activities on the water and by land.

A community of artisans on the northwest coast of Tasmania, Burnie has long a history as a community that makes things, with locally crafted European-style cheeses, fine papers, ceramics and single-malt whisky. Surrounded by accessible wilderness areas, in Burnie you can still get a glimpse of little penguins and the platypus, a duck-billed mammal, in the wild. The vibrant shopping district spills onto the beach where you can sit down at a café and watch the world slow down for a little while.

Once the richest city in the world thanks to a gold rush, Melbourne is Australia’s cultural capital with striking architecture, chic galleries and boutiques. Wave at a wallaby or get close to a koala at a wildlife park. Feel closer to the land on a ride on the Puffing Billy steam locomotive through the mountains and countryside. Back in the city, explore a different culture and visit Chinatown – the oldest one in the West.

Although technically not a sound (it’s a fjord), Doubtful Sound is the second-longest in New Zealand-and the country’s second most famous tourist attraction. Doubtful Sound sits at the far southwest corner of the country and winds its way for 24 miles, past small islets and lush mountains covered in dense, native rainforest.

At 25 miles in length, and five miles wide at its broadest, Dusky Sound is the largest and most spectacular fjord in Fjordland National Park. Captain Cook named Dusky Sound in 1770, as he sailed past its entrance at twilight. Upon entering Dusky Sound, it’s customary to make a resolution as you sail past Resolution Island, named after Cook’s ship.

Carved by ancient glaciers, Milford Sound, which is really a fjord, is the crown jewel of Fiordland National Park and a UNESCO World Heritage site. It is only nine miles long from its head to the open sea, but what it lacks in size, it makes up for in grandeur. Its vertical cliffs covered in verdant rainforests provide a breathtaking backdrop to thundering waterfalls, misty rainbows and the tannin-stained waters of the fjord.

Located on the east coast of the South Island’s Canterbury region, Timaru was built upon rolling hills created by the lava flows of an extinct volcano, Mt. Horrible. Maori tribes were believed to have settled in the area before 1400 AD. You can view rock carvings of these earliest inhabitants on a guided tour. Timaru boasts many fantastic vistas of the ocean and surrounding mountains and is an ideal base from which to explore the history, culture and natural beauty of the region.

Tiny penguins rule the roost in this historic settlement nestled in the heart of an ancient volcano. With a balmy, year-round climate, these famous foot-tall residents are certainly not snowbirds. The spectacular surroundings offer a wealth of outdoor activities, both in the sheltered harbour and on dry land. Cafes open onto streets and exquisite local boutiques and galleries offer superb local works. Be sure to sample the fine fudge and traditional cheeses.

Travel to a Victorian past as you stroll by the city’s Victorian Gothic buildings. Take the cable car up the mountain for a fantastic view, or grab some sunscreen and head to the beach. Great views abound in Wellington: Journey around the spectacular harbour and enjoy its amazing views. See some of the sites where the Lord of the Rings trilogy was filmed. Shopping opportunities are plentiful, with arts and crafts, jewellery, fine woolens and leather goods on offer.

Napier calls itself the Art Deco capital of the world, but it’s also a leading wine-travel destination. Leveled by an earthquake in 1931, Napier was rebuilt in Art Deco style. Along with Miami Beach, Napier is one of the best examples of this style, with many of its structures well preserved. Take a walk down Marine Parade, a tree-lined ocean boulevard with fountains and gardens, or go out to the country to enjoy the lovely vistas, tour superb area vineyards and relax with a glass of wine.

Go walk-about and explore Tauranga, set on the beautiful Bay of Plenty. And indeed there are plenty of things to do. Head to the beach or discover Tauranga’s lovely parks and rich history. Visit a village buried by a volcanic eruption and captured in a moment of time – a fascinating yet moving experience. Take a selfie at Hell’s Gate, an aptly named geothermal park with boiling pools, fantastic geysers and mud baths, the largest of which is Poutamu, “the stairway to heaven.”

Advertised prices are per person twin share, cruise only (unless stated otherwise), inclusive of fuel costs, correct at time of publication, are subject to availability and may change at any time without notification due to fluctuations in charges, taxes and currency. Offer is valid on new bookings only. Bonus is already included in the advertised price. Price does not cover all products and service offerings that relate to the cruise. Offers are subject to change or withdrawal at any time and combinability with other promotional offers is subject to change at any time. ^Choose 2 Free at Sea extras: Inside, Oceanview and Balcony staterooms choose 2 free offers. Offer is applicable to first and second guest only. Shore Excursion Credit is US$50 credit per port and applicable to the first guest in the stateroom. Offers are valid until 4 November 2020 unless extended. Offers are non-transferable and have no monetary value. Other conditions may apply. Please view the TravelManagers general terms and conditions here and contact your personal travel manager for more details.