2022 Canaries to Catalonia Cruise
10 nights
from $3,440* per person twin share
Exclusive to TravelManagers: up to $750 shipboard credit + 50% reduced deposit
The bewitching islands of Spain and Portugal await with this journey through the western shores of Africa. You will explore wild and pristine outposts populated with warm people and surprisingly diverse ecosystems, while also experiencing two visits to exotic Morocco. 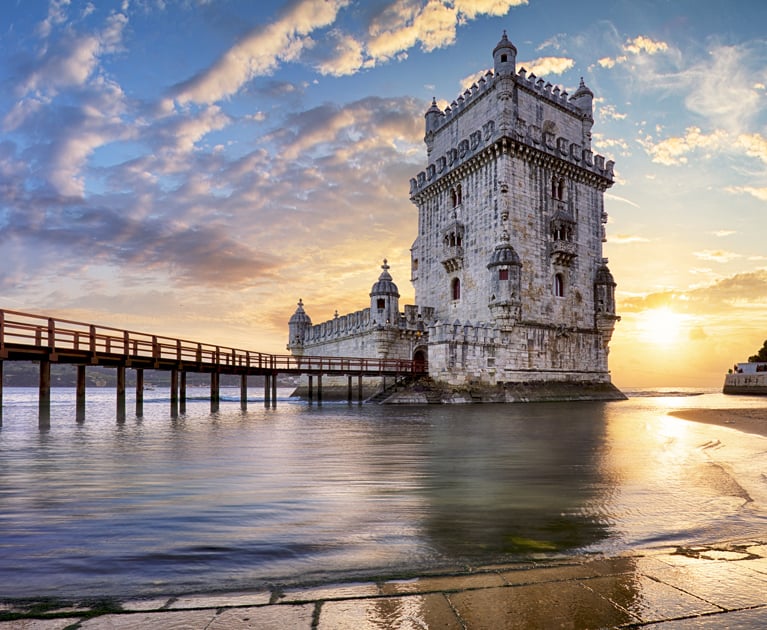 Offer expires
3 Dec 2020 unless sold prior

Shore excursions on the first and last day of a cruise are available for guests who are combining back-to-back voyages to create a longer cruise. Speak to your personal travel manager if you are interested in this option.

Breathtaking vistas await throughout this beautiful island. Take a cable car up to Monte for spectacular views of the botanical gardens and the charming town. Drive along the coast to a village where Winston Churchill painted seascapes or out to the stunning cliffs of Cabo Girão and enjoy a visit to a quaint fishing village.

Stroll along Calle O’Daly, the pedestrian district named after an Irish banana merchant and lined with historic residences. Visit the Town Hall and the church, Iglesia del Salvador, both of the 16th century. There is an interesting museum of natural science as well as a naval museum.

Volcanic in origin, Tenerife is the largest of the Canary Islands. While in port, you’ll notice the Auditorium of Tenerife, an amazing, organic structure that instantly became an icon when completed in 2003. Another modern landmark is the Oscar Domínguez Institute, a contemporary art gallery named after the 20th-century surrealist. For a respite from the urban environment, visit the Palmetum, a botanical garden with more than 400 species of palms.

Soft breezes caress this small volcanic island just 79 miles off the west coast of Africa. A land of contrasts: you can explore some of the world’s most spectacular caves in the morning and relax on a white-sand beach in the afternoon.

Visit the 16th century kasbah atop the hill with its expansive views over the Atlantic, the new city and the beaches. Visit a Berber village and stroll through its alleys and browse in its souks. Or head off towards the Souss Valley with the Atlas Mountains as a backdrop to Taroudant, an ancient fortress town.

Stroll through the narrow streets of the old medina and visit the spice market. Admire the Hassan II Mosque built beside the sea. Or journey inland to Rabat, a fascinating old city of kasbahs, souks and Moroccan tradition.

Spend a fabulous day in Seville visiting the magnificent cathedral, climbing the famed Giralda Tower and strolling through the gorgeous Alcazar and its gardens. See the ceramic-encrusted Plaza de España and stroll through the alleys of Barrio de Santa Cruz. Or explore the Andalusian wine country and Jerez, the home of sherry. Don’t miss the charm of Cádiz with its gracious squares, its flower-filled parks on the city bastions and its bustling markets.

Your cruise ends in Barcelona this morning.

Advertised prices are per person twin share, cruise only (unless stated otherwise), include all taxes, port fees and onboard gratuities, are correct at time of publication, are subject to availability and may change at any time without notification due to fluctuations in charges, taxes and currency. A Cruise Ship Fuel Surcharge may apply. Offer is valid on new bookings only. ^Exclusive $150 shipboard credit + 50% reduced deposit + additional extras:  Book with your personal travel manager by 3 December 2020 to receive a bonus $150 shipboard credit per stateroom over and above the OLife choice amenity chosen as part of the voyage inclusions. OLife Choice package includes free pre-paid gratuities, free Wi-Fi for one device per stateroom (does not include streaming), plus one free amenity: free shore excursions, free house beverage package or additional free shipboard credit. Choice amenities are per stateroom, based on double occupancy and subject to change. Guests in the same stateroom must choose the same OLife Choice amenity and amenity must be chosen by final payment. OLife Choice Free Shore Excursions vary by voyage and exclude Oceania Select, Oceania Exclusive, Executive Collection, Food and Wine Trails, Wellness Discovery Tours by Aquamar, Go Local, and Culinary Discovery Tours. If shore excursion amenity is selected, all excursions must be chosen at least 14 days prior to sailing. OLife Choice Beverage Package amenity includes unlimited house wines, champagnes, and beers at lunch and dinner. Free Shipboard Credits are USD per stateroom, based on double occupancy and cannot be redeemed for cash or used for a further discount off cruise fare; it may be used for onboard services only and any unused credit will be forfeited at the end of the cruise. Other conditions may apply. Please view the TravelManagers general terms and conditions here and contact your personal travel manager for more details.