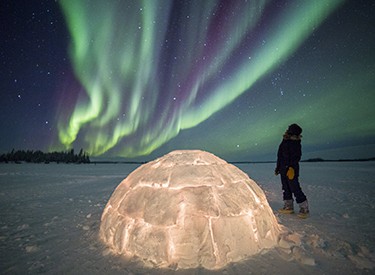 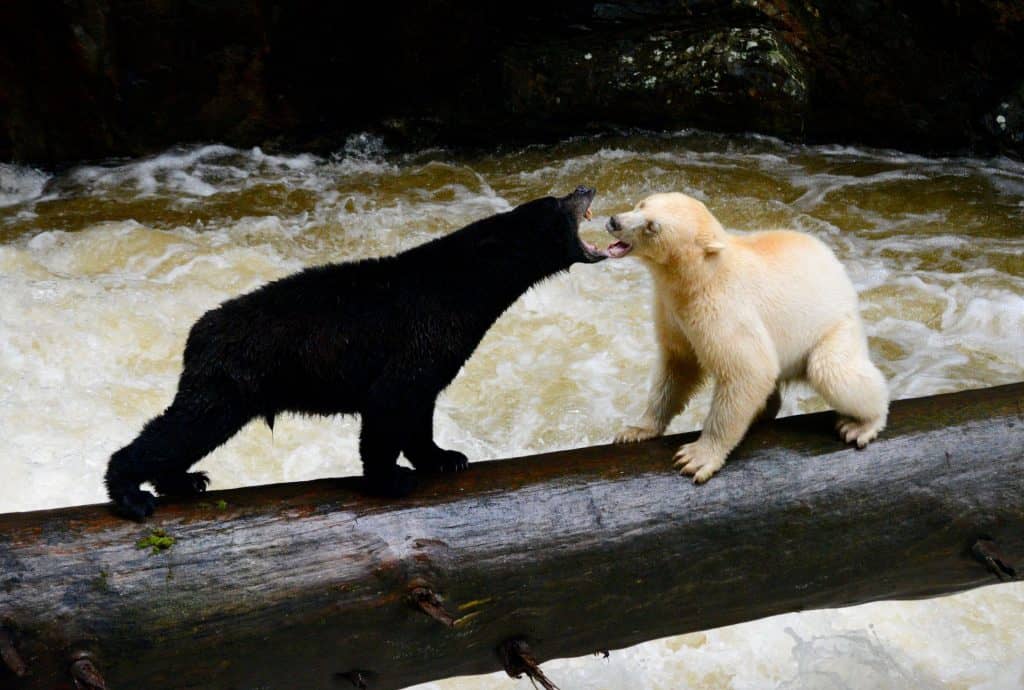 Canada Day is on Thursday, 1 July this year and commemorates the joining of Canada’s original three provinces, New Brunswick, Nova Scotia and the provinces of Canada (now known as Ontario and Quebec) as the Dominion of Canada in 1867.

Plan for your next trip with an array of divine experiences throughout the country and munch down on the national food of trempettes and maple syrup while you wait. 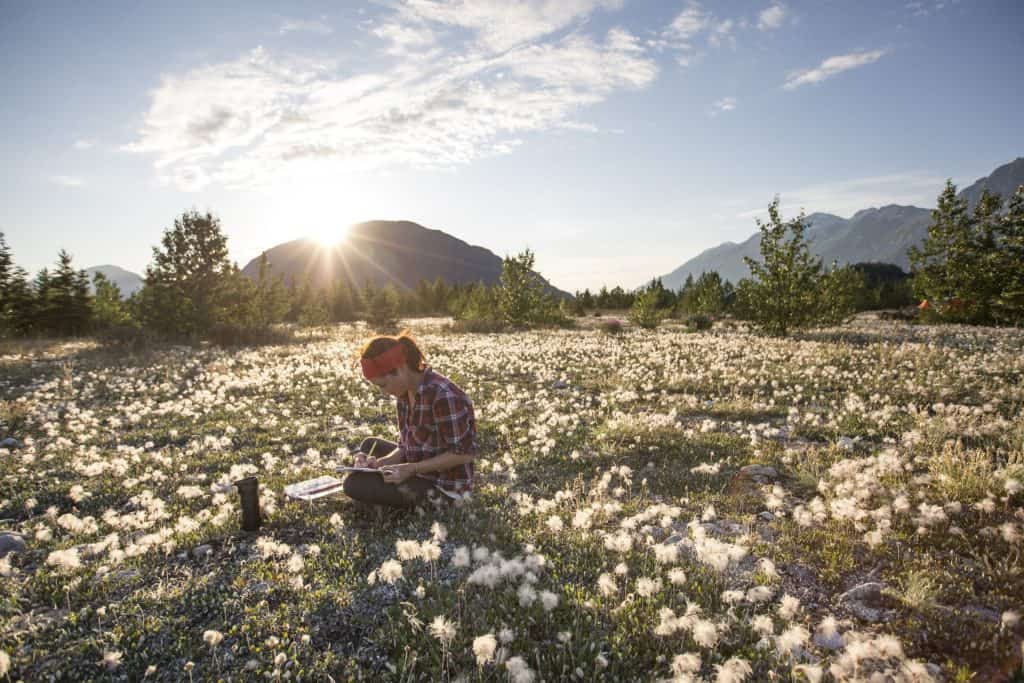 Don your Yukon beanie (or ‘toque’), step into an outdoor hot tub and raise your eyes skyward to witness the aurora borealis with its shimmering green and pink ribbons of light dancing across the night sky.

During the summer months, hike the iconic trails, including the Chilkoot and Cottonwood, across mountains and alongside rivers, or a take a long, cruisy road trip through picturesque scenery, historic communities, with roadside wildlife roaming free.

Dawson City is the legendary hub of the Yukon Gold Rush, which began 125 years ago. It’s history is still evident in the city’s picturesque boardwalks, frontier-style buildings and old-world saloons. But this small town (population 1,800) is thoroughly modern from a vibrant local arts scene to swanky accommodation that reflects Yukon’s unique legacy – including the upcoming Midnight Sun Hotel, set to open in summer 2021. 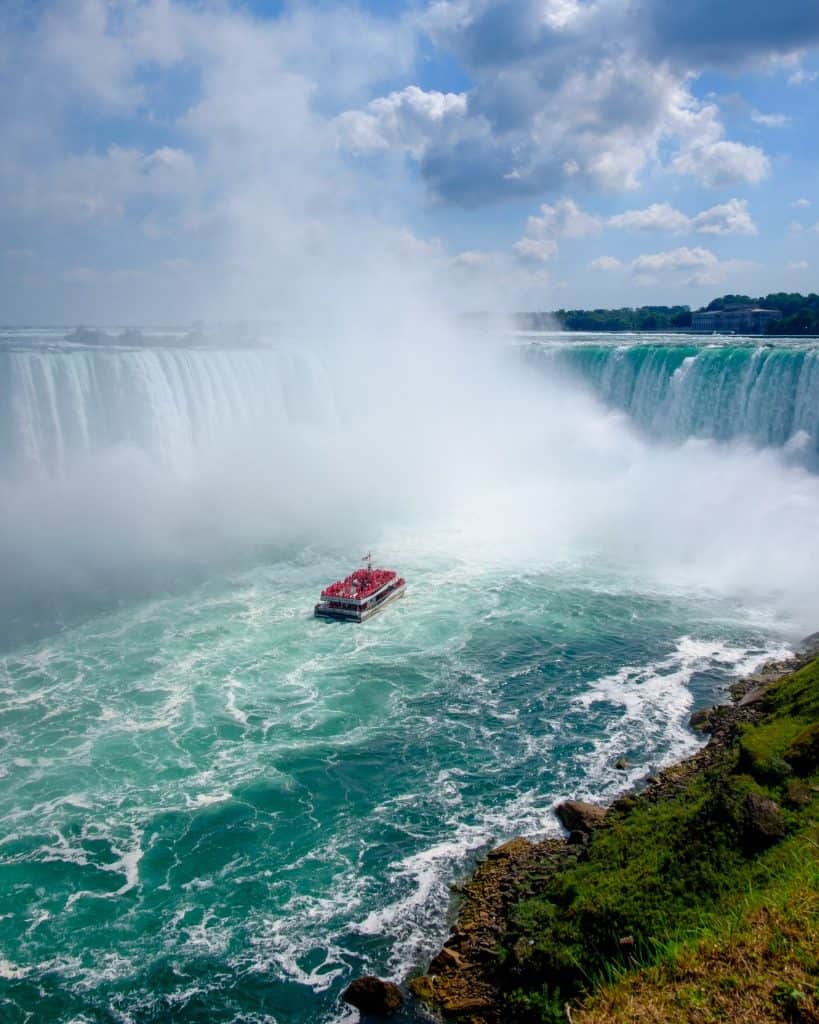 National parks, pristine Great Lakes and the warm hospitality of Canada’s capital city, Ottawa, are all close by. And, of course, iconic Niagara Falls. The sound is like thunder and the sight awe-inspiring. Take a journey deep below and behind the heart of Niagara and stand in the mist where the mighty Horseshoe Falls tumbles from 13 storeys above.

At Journey Behind the Falls, you’ll experience the spectacle of one-fifth of the world’s fresh water crashing down to the basin below. July 1st will also be a day to remember as the opening day of the region’s newest attraction, the Niagara Parks Power Station, a 115-year-old architectural wonder, nicknamed the cathedral of power. City starting point: Toronto. 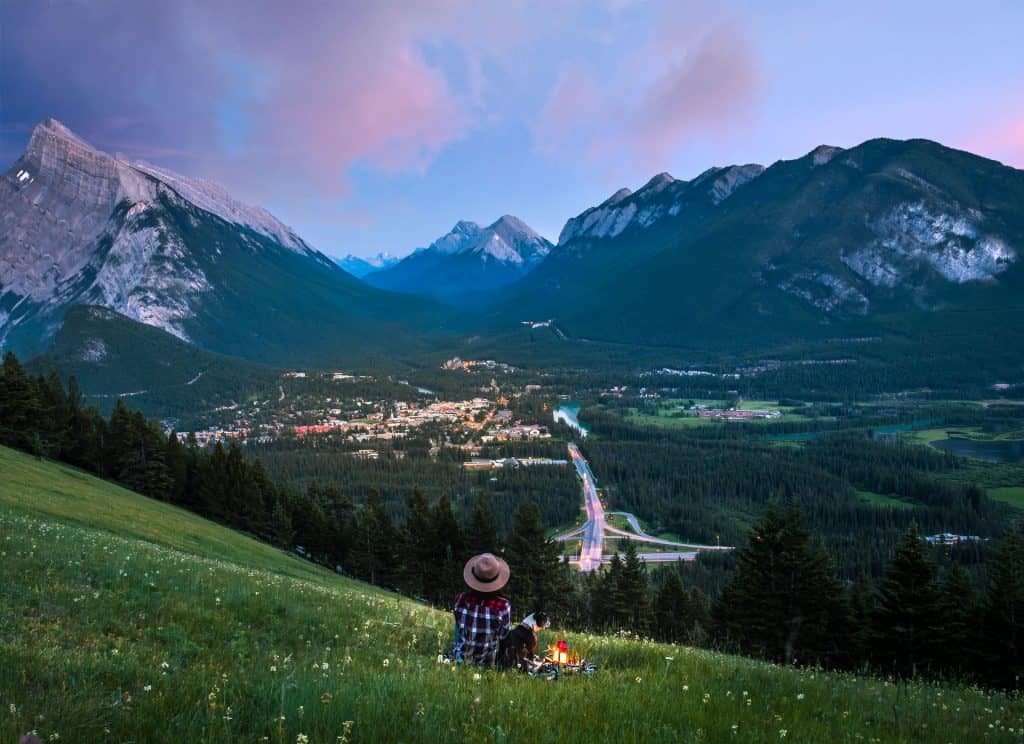 An old-time favourite of Australian travellers, Banff and Lake Louise, in the western province of Alberta, offer canoeing in autumn to ice-skating in winter.

Stay at the Fairmont Chateau Lake Louise or book into the majestic Fairmont Banff Springs for a castle-stay. In Banff National Park, hike the scenic trails, enjoy some of the best skiing on the planet, learn how to dog-sled, or simply soak up the friendly vibe of Banff’s township. Starting point: Calgary. 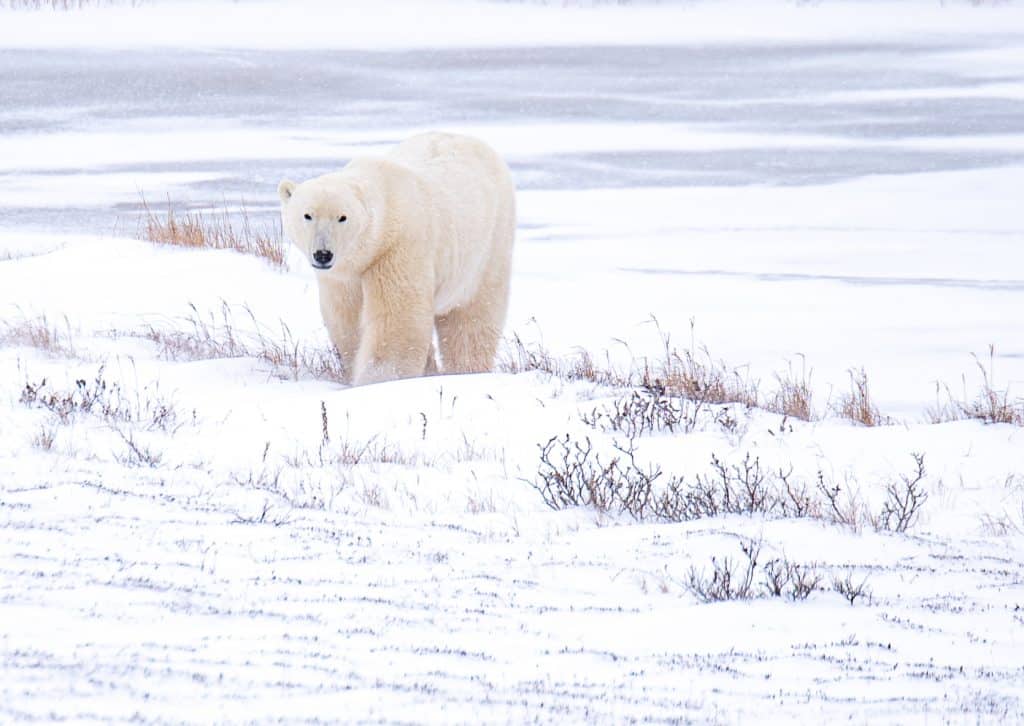 Do you want to see polar bears in their natural habitat, but are equally enthusiastic about coming back in one piece? In Churchill, you can safely view the largest land carnivore in the world from a tundra vehicle or from a fenced wilderness lodge. You can even walk among them with a guide or view them from above during a helicopter tour. In fact, Churchill is the only place in the world that offers a walking tour. Get ready for the adrenaline rush of your life as you come face to face, eye-level, and sans barriers with the apex predator of the Arctic.

During summer, jump in a zodiac at the mouths of the northern Churchill and Seal Rivers for a close encounter with thousands of beluga whales that congregate here each summer. The song of their sweet ‘canary’ chirps will give you goosebumps and their friendly smiles will melt your heart. 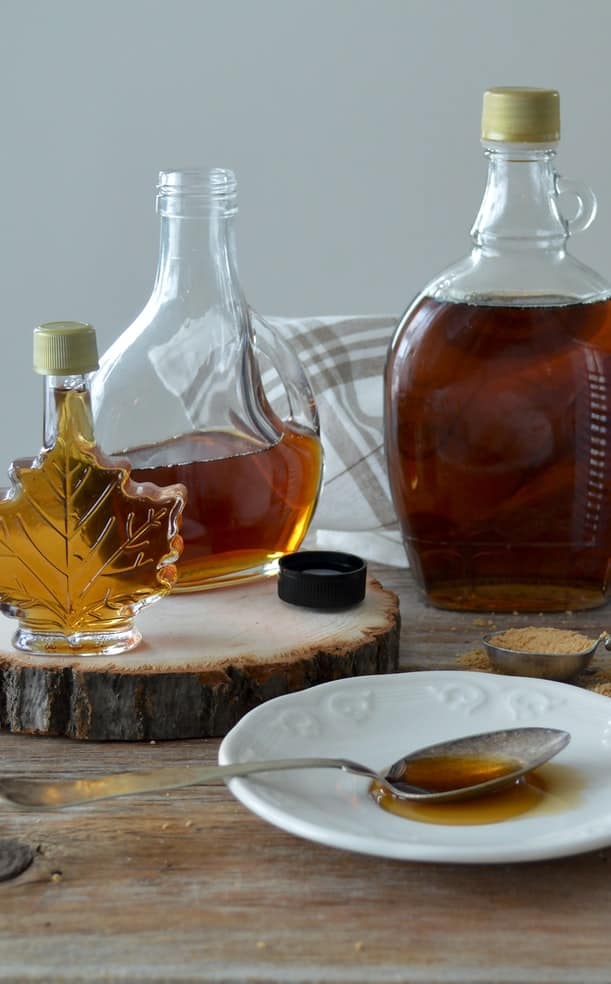 Unforgettable adventures await in the Northwest Territories. Witness the magic of the northern lights, navigate rapids, explore vast national parks in the beating heart of the north.

In every season, this extraordinary territory serves up outdoor escapades that will give you major bragging rights back home. Kayak the famous Slave River Rapids or, if you prefer your heart rate to remain stable, drift along the placid Thomsen River, gawking at wildlife along the way. In winter, slip into the hot tub and watch flowing curtains of northern lights shimmer and loop across the horizon — fireworks on a cosmic scale.

The birthplace of Anne of Green Gables, visitors to PEI can step back in time at Green Gables Heritage Place, the home that inspired the setting of L.M Montgomery’s novel. Walk through the rooms of the Victorian home, restored to the period of the late 1800s, and picture yourself as the feisty red-headed girl. Head into Avonlea Village, a real-life recreation of Montgomery’s fictional town, and sing along with the longest running musical in the world, Anne of Green Gables – the musical.

For the latest information on travel to Canada including requirements and restrictions, please visit the Government of Canada website here.

The remote northern town of Churchill stands on the migration route for polar bears. Troublesome polar bears are taken to the Polar Bear Jail – the only one of its kind in the world – before being relocated away from communities.

Peggy’s Cove, in eastern Nova Scotia, boasts one of the most photographed lighthouses in the world. Did you know that Nova Scotia is home to over 150 more? For centuries, Nova Scotia’s lighthouses have greeted those who have arrived by boat and have helped to protect those who make their living on the water.

Lake Okanagan in British Columbia is said to be inhabited by the Ogopogo Lake Monster. As recently as 2019, sightings and video recordings of the Ogopogo have been captured by local residents.

Canada seems to be the biggest and the best in every way. It boasts the longest bridge in the world spanning ice-covered water (Prince Edward Island’s Confederation Bridge), the longest recreational trail in the world (the Trans Canada Trail), the highest tides in the world (Bay of Fundy, New Brunswick), the largest naturally frozen ice-skating rink (Rideau Canal, Ottawa), and is home to the largest number of polar bears in the world.

The magical Princess Royal Island in the Great Bear Rainforest, British Columbia, is not only home to a healthy population of grizzlies, but also the rare Kermode (Spirit) bear, a sub-species of black bear found only in this part of the world carrying a recessive gene that gives them a naturally white coat.

Curling, Saskatchewan’s official sport, was once called the “roaring game” because of the thunderous noise made by corn brooms used to sweep rocks down the ice.

In Canada’s northern territories of Yukon, Northwest Territories and Nunavut experience the natural phenomenon known as the Midnight Sun, where the sun shines for about 50 days during summer – without ever setting below the horizon.

Quebec City is North America’s only remaining walled city. At around 4.5 kilometres in length, the fortifications of Quebec are part of a defence system built between 1608 (when Samuel de Champlain founded the city) and 1871, by French then British and eventually Canadian forces. You can Follow the walls right to the Citadel, a star-shaped fortress built following the War of 1812.