Austria, Slovenia & Croatia Christmas Markets
9 nights
from $3,795* per person twin share
Classic European Christmas markets abound on this small group tour that will make you fall even more in love with Europe. Discover the baroque architecture of Vienna, the charming streets of Ljubljana, the serenity of Lake Bled, the Roman ruins of Split, the stunning beauty of the Plitvice Lakes, and more – all with the added touch of Christmas magic. 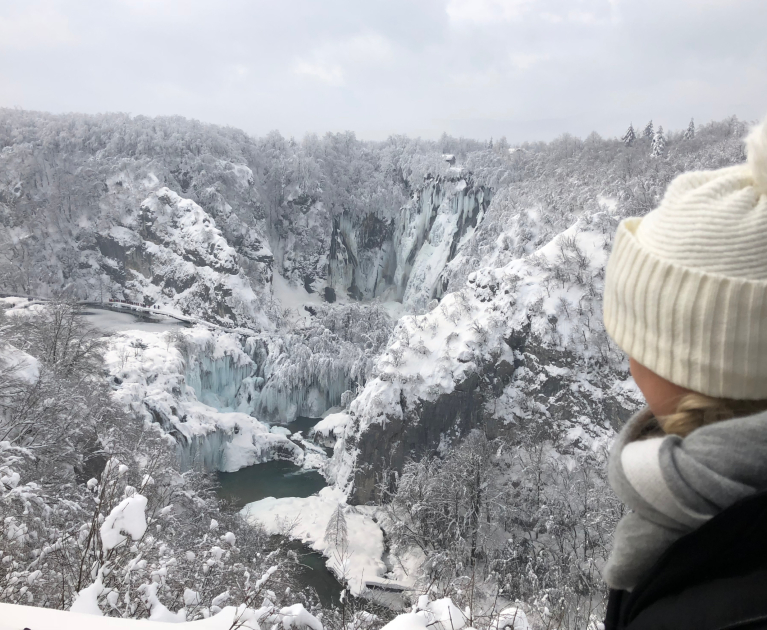 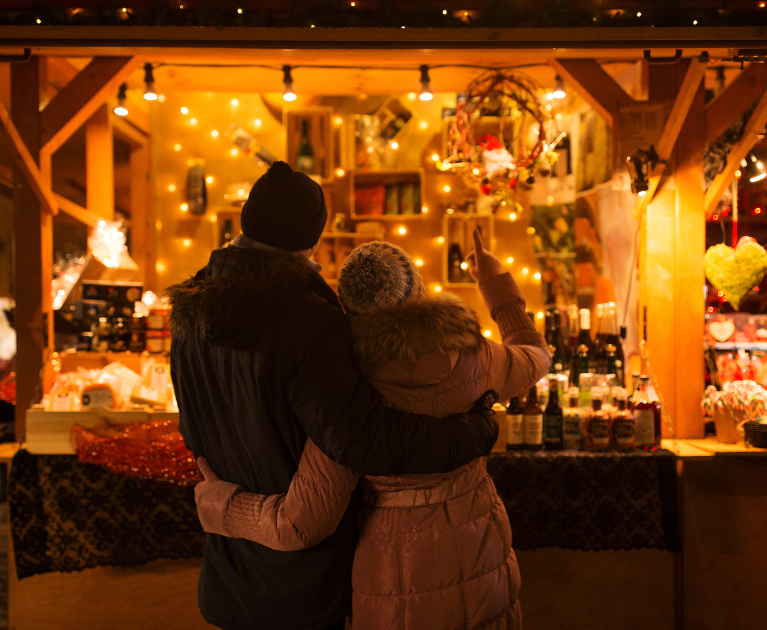 Offer expires
4 Jul 2022 unless sold prior

Welcome to Vienna! The Austrian capital is a charming European city with impeccable Baroque architecture and a rich history. Consistently named one of the most liveable cities in the world, Vienna’s atmosphere and culture makes for one charming city.

We’ll enjoy a group welcome dinner at a local restaurant together this evening to get to know our fellow travellers and small group tour leader.

The best of Vienna is at our fingertips today when we embark on a guided walking tour of the city. We’ll make our way through this magnificent city, admiring its Baroque architecture and visiting St Stephen’s Cathedral. Here, we’ll step inside the Romanesque and Gothic cathedral known as the mother church of the Roman Catholic Archdiocese and learn more about its significant history.

Vienna – Maribor – Ljubljana
We cross the border today into Slovenia. It may be small in size, but the enchanted country is packed full of charming cities, stunning architecture and unusual and often unique experiences, making a visit here truly memorable. Charming and romantic, the country’s capital Ljubljana is an idyllic city full of elegant buildings, tree-lined boulevards and welcoming locals.

Our first stop in Slovenia is the small town of Maribor. Here, we’ll enjoy a walking tour through the city before making our way to the oldest vine in the world. The vine has remained firmly in the ground of Maribor for more than 450 years. We’ll taste some wine before continuing towards Slovenia’s capital, Ljubljana.

This evening we enjoy a visit to Ljubljana’s Christmas markets before enjoying free time for dinner.

Ljubljana, an increasingly popular destination for travellers to Europe, is ours to explore today. We’ll begin with a morning of sightseeing that allows us to see some of the city’s best attractions including the Central Market. We catch a ride on the funicular that takes us from Krek Square to the Ljubljana Castle where we’ll enjoy sweeping views over the city below.

Next, it’s on to Lake Bled with its serene, sapphire-toned lake, charming villages and alpine fresh air. We enjoy free time to pick up some lunch, enjoy a walk around the stunning lake and visit the local Christmas markets before returning to Ljubljana to enjoy an evening at leisure.

Say hello to Croatia as we make our way to Slovenia’s neighbour, Croatia. The azure blue waters of the Adriatic Sea, preserved ancient towns, a proud heritage, delicious cuisine and more await in this gem of a country. Once a hotspot for the Austro-Hungarian elite during the Austro-Hungarian Empire, Croatia’s Opatija is today a picture-perfect coastal town on the Adriatic.

We’ll make one last stop in Slovenia at the Postojna Cave system, one of the country’s most magnificent sights, this morning. Thought to be nearly 12 million years old and created by the Pivka River, 19 kilometres of tunnels, caverns and passages create a labyrinth for us to explore. Upon arrival in Opatija, we’ll enjoy an early evening walking tour of the city, making a special stop at Choco World for a chocolate tasting.

Croatia’s largest coastal city, Split, is a divine mix of ancient and modern Dalmatian life. With a vibrant restaurant and bar scene, fascinating history and Roman ruins, and a stunning coastline, there’s never a dull moment in Split!

We continue along the Croatian coast and make our way to Zadar. Here, Roman ruins and medieval churches meet bustling cafes and picturesque views. We have some time to ourselves to enjoy the city and a bite to eat for lunch before a guided city tour. We’ll arrive in Split in the early evening with time to ourselves to get acquainted with the city.

Witness the influence of the Roman Empire as we tour Split today. We’ll visit one of the world’s most impressive Roman monuments, Diocletian’s Palace. Regarded as one of the world’s most impressive Roman ruin, Diocletian’s Palace was built by Emperor Diocletian in the year 305 as a residence, fortified town and military fortress – all of which make up Split’s Old Town today. We also pass by Jupiter’s Temple, the Peristyle and St Doimus Cathedral.

With a motto “tradition does not mean to look after the ash, but to keep the flame alive”, our small group connects with the proud cultural heritage that is passionately coupled with a modern twist.

Today we’ll also see the city of Trogir. Situated on a tiny island, surrounded by medieval walls, Trogir is a UNESCO World Heritage-listed site. We’ll embark on a guided tour of the Old Town, meandering through its small streets and passing by its historic buildings.

The cultural, scientific and economic centre of the Croatia, Zagreb is situated between the slopes of the Medvednica Mountains and the northern bank of the Sava River. Zagreb is a delightful capital city with exquisite architecture, charming cobblestone streets and a bustling atmosphere.

We make our way from Split to Zagreb stopping along the way at Plitvice Lakes National Park. With freezing temperatures that cause the 16 cascading lakes to freeze over, the National Park turns into a winter wonderland in the colder months. We’ll enjoy a walk of the upper lakes and take in the frozen scenery before lunch at a local restaurant.

We arrive in Zagreb in the early evening and enjoy the remainder of our evening at leisure.

Walking is one of the best ways to explore Zagreb, and we’ll do just that this morning. Our guided tour includes views of St Mark’s Church, St Catherine’s Church, the Parliament and Government Palace. We’ll tour Zagreb Cathedral, whose twin Gothic spires stand out against the city skyline.

Inscribed in 2010 on the Representative List of the UNESCO Intangible Cultural Heritage of Humanity, Croatia’s gingerbread craft is steeped in tradition. After learning about the age-old craft, we’ll enjoy free time to explore more of Zagreb, including the city’s charming Christmas markets.

This evening we’ll meet back up with our group and enjoy a farewell dinner together.

Our tour concludes after breakfast this morning. We bid farewell to our new friends and to the charming wonders of Austria, Slovenia and Croatia.

Advertised prices are per person, twin share, include savings, and are correct at time of publication and are subject to availability and change and can be withdrawn or amended at any time without notification due to fluctuations in charges, taxes and currency. Offer is valid on new bookings only. Your personal travel manager may charge additional service fees. Please check current COVID-19 travel restrictions for the destination you wish to visit before departure. Other conditions apply. Please view the TravelManagers general terms and conditions here and contact your personal travel manager for more details.