Luxury Adriatic coastlines cruise
10 days | 9 nights
From $12,690* pp
Exclusive $300*pp early booking discount^
Be the author of your own adventure as Silver Moon supports your narrative on this luxury journey that both begins and ends in Venice. Perhaps the most romantic of seas, the Adriatic coastlines spell adventure and mystery to all but the most weary of storytellers. Imagine yourself immersed in swashbuckling action in the Diocletian Palace of Split, or enthralled by the gentle romance of the Montenegro sunset. 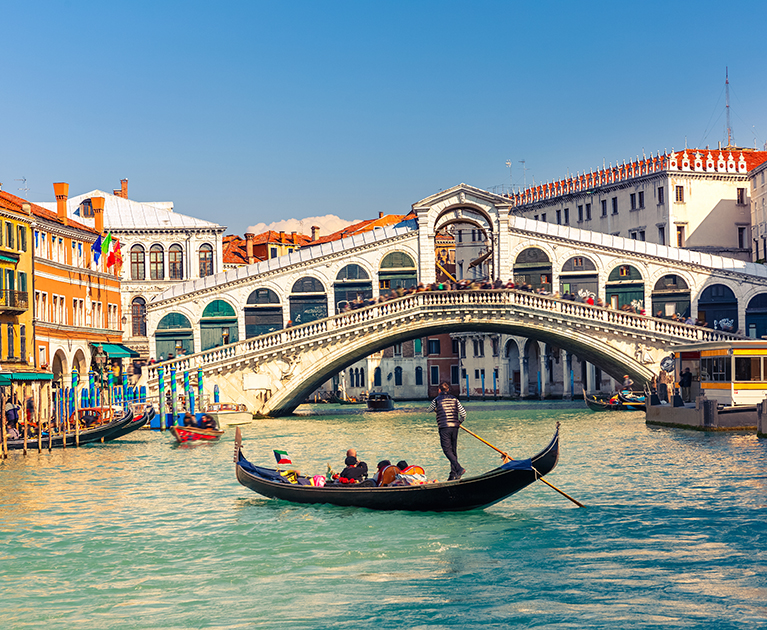 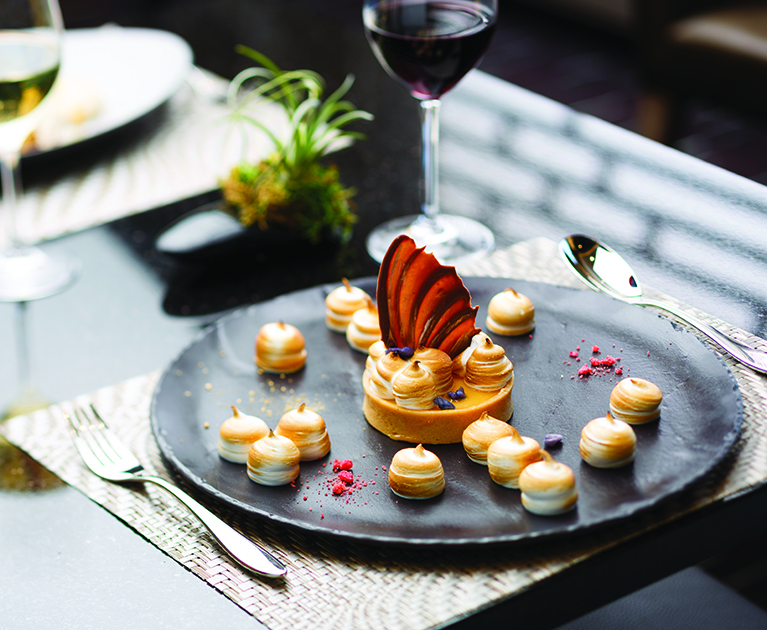 More about your ship:

More about your ship:

Silver Moon will be sailing from August 2020 and is an intimate, ultra-luxury ship that will sail up narrow waterways into the heart of some of your favourite cities. Silver Moon will also feature the all-new Sea And Land Taste (.S.A.L.T.) program – an immersive culinary concept that will enable guests to travel deeper through a range of destination-based gastronomic experiences. Get ready – a new moon is coming.

Upgrade your flights to business class from $4,998*pp¹

Venice is a city unlike any other. No matter how often you’ve seen it in photos and films, the real thing is more dreamlike than you could imagine. With canals where streets should be, water shimmers everywhere. The fabulous palaces and churches reflect centuries of history in what was a wealthy trading centre between Europe and the Orient. Getting lost in the narrow alleyways is a quintessential part of exploring Venice, but at some point, you’ll almost surely end up in Piazza San Marco, where tourists and locals congregate for a coffee or an aperitif.

Water is the essence of Kvarner, and the region’s largest city expresses this simply. Whether in Croatian or Italian (Fiume) the translation of the name to English is the same: river. Although the history of Croatia’s third city goes back to the days of Imperial Rome, modern Rijeka evolved under the rule of Austria-Hungary. The historic core retains vestiges of the old Habsburg monarchy from the time when Rijeka served as the empire’s outlet to the Adriatic. During the 1960s, under Yugoslavia, the suburbs expanded rapidly. Rijeka is the country’s largest port, with a huge shipyard, massive dry-dock facilities, refineries, and other heavy industries offering large-scale employment. Since the breakup of Yugoslavia, however, Rijeka’s role as a shipping town has declined significantly.

Bathing in the Dalmatian Coast’s generous sunshine, and overlooking sparkling, island-studded waters, Split is a city of romantic beauty, built around an extraordinary – still beating – historical heart. The setting may be spectacular, but it’s the Diocletian’s Palace – a Roman remain of incredible scale and detail that is truly bewitching. While immensely historic, Split hasn’t been afraid to move with the times, and the stone walls encasing the streets are alive with buzzy bars and quiet nooks, where bottles of red wine are uncorked and delicious meals devoured. With a natural backdrop of dramatic limestone mountains, and Croatia’s trademark scenic wonders all around, Split is a true heavyweight of the Adriatic. To enter Split’s Diocletian’s Palace is to step into a beautiful time warp. Head first to the Cathedral of Saint Domnius, where a hollow bell tower rockets up, puncturing the sky.

Croatia’s crowning glory rears up vertically from the tranquil waters of the Adriatic, and Dubrovnik’s daunting fortresses town is a truly imposing sight to behold. Encircled by chunky stone walls so thick and dramatic they could have been purpose-built as a film set, this city’s unmatched old town is the setting for countless films and shows – from Star Wars to Robin Hood, Game of Thrones and every production in-between seeking a truly authentic medieval flavour. This fantasy fortress’s walls – which are no less than 12-metres thick at places – are certainly not just for show, however. They kept Dubrovnik safe when it was a maritime republic and they were besieged as recently as 1991, when Serbian and Montenegrin forces attacked, as Yugoslavia broke apart. Fully restored now, the stone streets of the city take you through a beautiful mosaic of architectural splendour, baroque churches and splashing fountains.

This sickle-shaped island of Mediterranean bliss flaunts its sun-kissed sophistication with effortless grace – having cherry-picked the best influences from Venetian, French and British occupiers. With over 3,000 years of history, The Grand Lady of the Ionian has played a starring role in Greek history and mythology, and legendary tales swirl around you, as you explore sparkling beaches, mountains splashed with wildflowers, and historical, perched fortresses. The soft hues of Corfu’s UNESCO World Heritage List Old Town brings together Corfu’s mesh of European influences, with its romantic stone floors and vine-clad cafes. Find somewhere to settle in for a morning coffee ritual like a true Corfiat, and sip at the laid-back pace of the locals – allowing the thick bitter concoction to settle before indulging.

Kalè polis, meaning beautiful city, is the name ancient Greek mariners bestowed on Gallipoli, with good reason. Situated on a mound, the Old Town with its labyrinth of winding lanes, emerges from the Ionian Sea. It is connected to the mainland and modern Gallipoli via a 17th-century bridge. The area lies on the Salentina Peninsula in the extreme southeast end of Italy, commonly referred to as the heel of the boot. The Salento region was inhabited already in prehistoric times; later centuries were marked by Greek, Norman, Byzantine and Baroque cultures. It is a land of farms, castles, works of art, myths and legends. Many heroic battles were fought; fierce resistance was shown by Gallipoli’s citizens against numerous invaders that included Romans, Vandals, Swabians, Venetians, French and lastly the English in 1809.

Backed by imposing mountains, tiny Kotor lies hidden from the open sea, tucked into the deepest channel of the Bokor Kotorska (Kotor Bay), which is Europe’s most southerly fjord. To many, this town is more charming than its sister UNESCO World Heritage Site, Dubrovnik, retaining more authenticity, but with fewer tourists and spared the war damage and subsequent rebuilding which has given Dubrovnik something of a Disney feel. Kotor’s medieval Stari Grad (Old Town) is enclosed within well-preserved defensive walls built between the 9th and 18th centuries and is presided over by a proud hilltop fortress. Within the walls, a labyrinth of winding cobbled streets leads through a series of splendid paved piazzas, rimmed by centuries-old stone buildings. The squares are now haunted by strains from buskers but although many now house trendy cafés and chic boutiques, directions are still given medieval-style by reference to the town’s landmark churches.

Dalmatia’s capital for more than 1,000 years, Zadar is all too often passed over by travellers on their way to Split or Dubrovnik. What they miss out on is a city of more than 73,000 that is remarkably lovely and lively despite—and, in some measure, because of—its tumultuous history. The Old Town, separated from the rest of the city on a peninsula some 4 km (2½ miles) long and just 1,640 feet wide, is bustling and beautiful: the marble pedestrian streets are replete with Roman ruins, medieval churches, palaces, museums, archives, and libraries. Parts of the new town are comparatively dreary, a testament to what a world war followed by decades of communism, not to mention a civil war, can do to the architecture of a city that is 3,000 years old. A settlement had already existed on the site of the present-day city for some 2,000 years when Rome finally conquered Zadar in the 1st century BC; the foundations of the forum can be seen today.

Up until the end of World War I, Trieste was the only port of the vast Austro-Hungarian Empire and therefore a major industrial and financial centre. In the early years of the 20th century, Trieste and its surroundings also became famous by their association with some of the most important names of Italian literature, such as Italo Svevo, and English and German letters. James Joyce drew inspiration from the city’s multiethnic population, and Rainer Maria Rilke was inspired by the seacoast west of the city. Although it has lost its importance as a port and a centre of finance, it has never fully lost its roll as an intellectual centre. The streets hold a mix of monumental, neoclassical, and art-nouveau architecture built by the Austrians during Trieste’s days of glory, granting an air of melancholy stateliness to a city that lives as much in the past as the present.

Venice is a city unlike any other. No matter how often you’ve seen it in photos and films, the real thing is more dreamlike than you could imagine. With canals where streets should be, water shimmers everywhere. The fabulous palaces and churches reflect centuries of history in what was a wealthy trading centre between Europe and the Orient. Getting lost in the narrow alleyways is a quintessential part of exploring Venice, but at some point, you’ll almost surely end up in Piazza San Marco, where tourists and locals congregate for a coffee or an aperitif.

Advertised price is per person twin share and inclusive of fuel costs (subject to change). Prices are correct at time of publication and are subject to availability and change at any time without notification due to fluctuations in charges, taxes and currency. Offer is valid on new bookings only. ^Exclusive discount is included in the advertised price and valid if full payment is made by 31 Oct 2019. Full payment includes the cruise fare and any outstanding balances on the booking (air, hotels, transfers and land programmes). ¹Return flights to Europe in economy class: Promotional air offer is only available to the first and second full-fare guests in a suite. Deviations to air travel dates are accepted; surcharges may apply. Due to flight schedules, some voyages may require an overnight hotel stay pre or post-cruise at the guest’s own expense. Additional restrictions may apply. Cancellations and rebookings do not qualify. Fares are capacity controlled and subject to change at any time without notice. Promotional business class airfare of AU$3,998 Roundtrip available on 2020 cruises are for return flights based on select Australian/New Zealand gateways only. Silversea reserves the right to select the air carrier, routing and departure airport from each gateway city.  In the event neither business class nor economy class air is available (determined at Silversea’s sole discretion) or for guests not utilising the promotional bundle offer or for non-Australian guests, a non-use air credit in the amount of $1,750 per person, based on double occupancy may be applied. Other conditions apply. Please contact your personal travel manager for full terms and conditions.