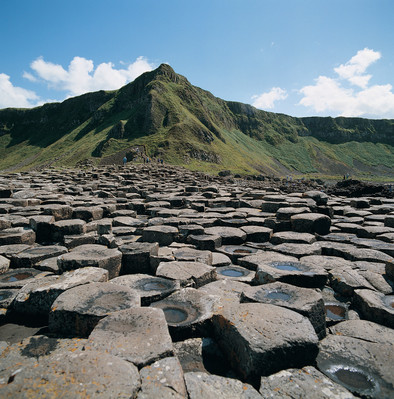 Discovering the best of Ireland

Whether it’s hanging upside down to kiss a stone set alarmingly high in the wall of a castle tower, or spending an evening enjoying “the craic” in a cosy village pub, Ireland’s people and places combine to make an unforgettable destination – and a guided coach tour is an ideal way to take it all in. Here are a few of our favourite places and experiences that should not be missed.

The Emerald Isle’s capital is a fantastic city to explore on foot. From the top end of O’Connell Street, you’ll have a stunning view of the 120-metre high Spire of Dublin, which towers over this lovely boulevard. Carry on to the end of what is reputed to be the widest street in Europe and cross the River Liffey, and you’ll eventually find your way to tranquil St Stephen’s Green, passing Trinity College, Molly Malone’s statue, the Irish Whiskey Museum and assorted museums and galleries along the way. A hop-on, hop-off bus ride is the ideal way to see it all in comfort if you prefer to save your feet for dancing the night away.

Set roughly halfway between Dublin and Waterford in the east of Ireland, the town of Kilkenny has referred to itself as a city since 1609, despite its relatively modest size. One of its most popular attractions is the twelfth century Kilkenny Castle, along with St Canice’s Cathedral, which is the second-longest in Ireland. The cathedral is neighboured by a 100-foot high round tower that can be climbed for spectacular views of the surrounding town and countryside.

Ireland’s oldest city was founded by Norwegian Vikings more than 1100 years ago. Today, one of its most beloved exports is the crystal produced in its two hundred-year-old House of Waterford crystal factory. Take a tour of the factory to see for yourself the skill that is involved in creating one of their masterpieces or visit the Medieval Museum for a guided tour and glass of wine in the 15th-century Mayor’s Wine Vault.

The west coast town of Killarney is gateway to the spectacular Ring of Kerry: a 180-kilometre circular route that showcases some of the best scenery in Ireland. The route includes popular stops such as Muckross House and the Kerry Woollen Mills, as well as the Killarney National Park. One of the most memorable ways to soak up the scenery of Ireland’s oldest national park is by traditional horse-drawn jaunting car. If you’re coming to Killarney from Waterford, a stop at the ruins of Blarney Castle to kiss the fabled stone is a must.

The city of Limerick straddles the banks of the tranquil Shannon River. From here, it’s easy to explore the highlights of Counties Limerick and Clare: the thatched houses of Adare have helped to earn it the reputation of “Ireland’s prettiest village”, while the dramatic, 700-foot-high Cliffs of Moher offer cinematic views of the mighty Atlantic.

Travel through the bare but beautiful coastal landscape of the Burren to the city of Galway, a harbour city that was visited by Christopher Columbus during his exploration of the Atlantic. The city’s Eyre Square is a great hub from which to explore the shops, galleries and traditional pubs nearby. Set to be one of two European Capitals of Culture in 2020, there is much to keep you entertained in the “City of Tribes”.

Crossing into Northern Ireland, the city of Derry is also gateway to some of the most breath-taking scenery in Ireland, including Inishowen Peninsula, Malin Head and the magnificent Giant’s Causeway. Malin Head provides plenty of photo opportunities, thanks to its unique status as the northernmost point in Ireland, or you may prefer to join a local guide on a walking tour of the old city, including the 19th century Craft Village: a Georgian square that sits in the heart of the walled section of the city.

The capital of Northern Ireland has not been without its struggles, but it’s a fascinating city to visit. See the cranes at the shipyard where the Titanic was constructed before visiting the “Titanic Experience” to learn more about its construction and ill-fated maiden voyage.

Your personal travel manager can help you choose an itinerary that incorporates the very best that Ireland has to offer, and can help you add those special touches, from spending a night in a stately home or castle to learning how to pull a perfect pint at the Guinness Storehouse.