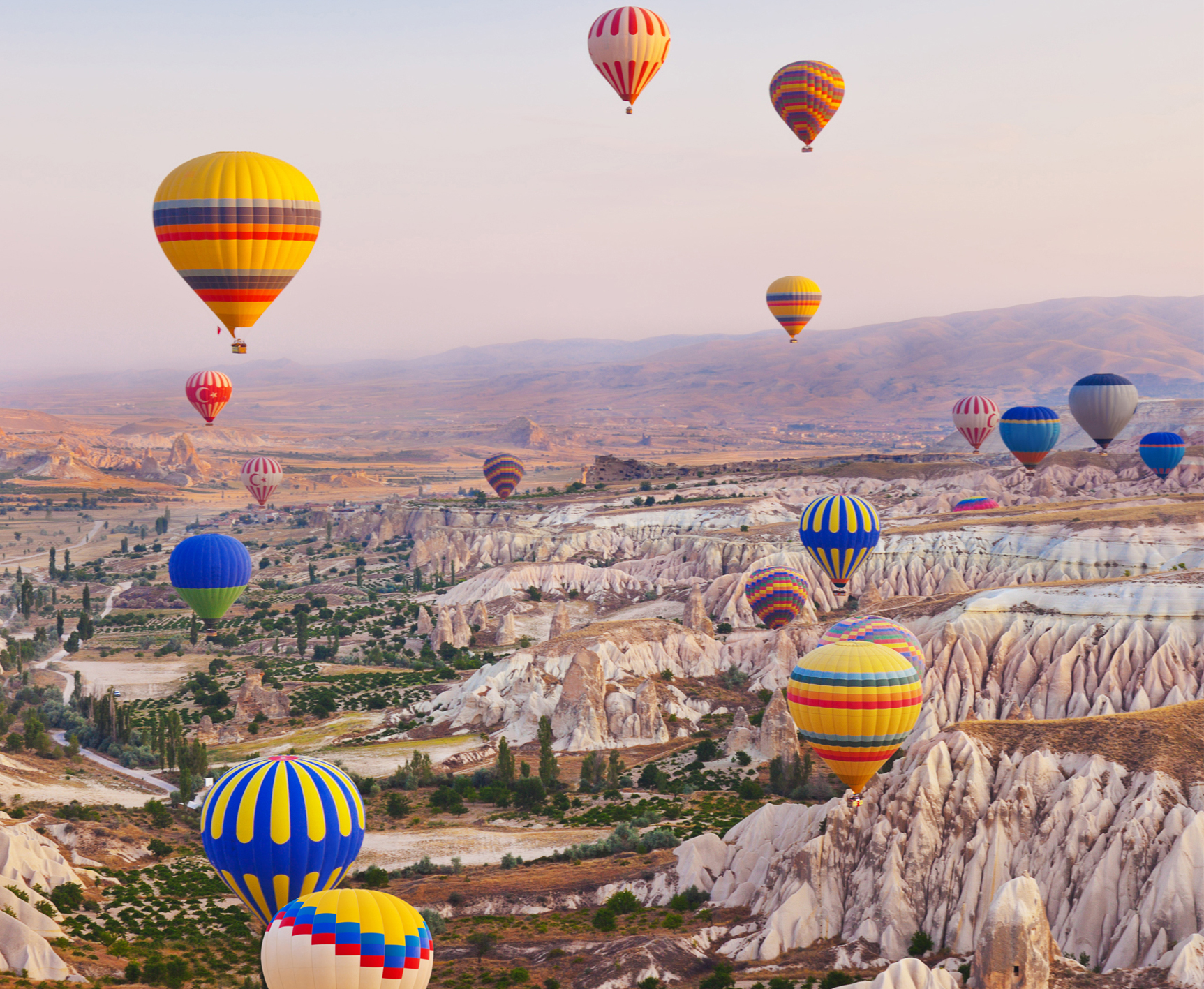 All around the world, governments have spent the last 150 years recognising and protecting areas of great natural beauty within their borders, with the aim of conserving their wild character and wildlife for all to enjoy. Today, you will find national parks in almost every corner of the Earth, with new ones added to the list every year – here’s a selection of our favourites.

Sprawling across Wyoming, Montana and Idaho, Yellowstone National Park comprises almost 9,000 square kilometres of incredible landscapes, from lakes and rivers to canyons and mountain ranges. At its heart is the Yellowstone Caldera, North America’s largest (and still active) super-volcano. Although its most recent major eruption happened around 630,000 years ago, it marks the subterranean hotspot that is responsible for the park’s lively geothermal activity today. Old Faithful geyser is probably the most well-known of these features, along with at least another 465 geysers and hot springs that are active at any one time.

Vast mountain ranges, deep canyons and towering waterfalls serve as further demonstrations of the forces of nature at work, creating an environment that supports a diverse wildlife population including one of only four free-roaming herds of bison in North America. Head for plains of the Lamar Valley, in the northeast corner of the park, if you want to see these huge animals roaming in their hundreds or even thousands.

Italy’s first national park was created in 1999, but the five cliffside towns which dot this spectacular section of the Liguarian coastline are mentioned in documents reaching as far back as the 11th century. Today, the quaint beauty of these ancient streets, lined with pastel coloured houses that seem to defy gravity, attract millions of visitors each year, so it’s best to avoid the height of summer when it’s busiest.

The mountainsides to which these five villages determinedly cling have been terraced to allow inhabitants to grow olives and grapes: fresh seafood (especially anchovies) and basil pesto are also local specialities, so packing a picnic of locally-sourced goodies is a great way to sustain your efforts if you’re planning to walk the trails that connect the five villages. Alternatively, you can take the train or explore the coastline by boat, stopping to snorkel in the clear waters of the Mediterranean along the way.

If your idea of Africa is rolling plains of golden grassland scattered with flat-topped acacia trees and filled with an astonishing wildlife population, then north-western Tanzania’s Serengeti National Park is a great place to start. Spread across nearly 15,000 square kilometres of plains, savannah, riverine forest and woodlands, the park is home to more than two million wildebeest, 250,000 zebras and half a million gazelles, all of whom migrate through the park each year, enthusiastically pursued by a predator population that includes leopards, cheetahs and Africa’s largest population of lions.

The dry season, which runs between June and October, is considered the best time for game viewing, but the park’s dense and diverse animal population ensures that a visit at any time of year will be unforgettable.

Cappadocia, at the heart of Turkey’s Central Anatolia region, is renowned as a surreal landscape of exceptional natural wonder. Over a period of millennia, the wind and rain has eroded soft volcanic rock into the distinctive pillars and minarets that are known as fairy chimneys, and the inhabitants of this region have carved houses, churches and monasteries from the rock to create a network of ancient underground settlements.

The National Park protects more than 100 square kilometres of this bizarre and beautiful world, which gained UNESCO World Heritage status in 1985, and one of the most incredible ways to experience this magical place is by hot air balloon, drifting almost silently above the valleys as the dawn light softly illuminates the rock formations.

Picture a collection of tiny 350 islands, coral cays and islets, scattered across 40 square kilometres of the Caribbean Sea, add a permanent human population of  around 1500 people that’s supplemented by a much larger population of bird and marine life, and you’ll have a pretty good vision of Los Roques Archipelago.

In 1972 the Venezuelan government designated the region a national park in recognition of the need to protect its unique beauty and diversity: an act which has proven largely successful in hampering overdevelopment. Its reefs and lagoons make it an enticing destination if you’re interested in diving, snorkelling, kite surfing or simply enjoying your own Robinson Crusoe moment – simply hop on a small plane to the only airport, Los Roques, then take a small boat, known locally as a “peñero”, to the island or cay of your choice. The peñeros only run between 9am and 4pm, so you’ll be back on El Gran Roque (the main island) in plenty of time for a delicious lobster dinner.

Is there a national park you’ve always longed to see for yourself? Whether you’re interested in wildlife or history, scenery or solitude, maybe it’s time you started planning your visit, with the help of your personal travel manager – why not call them today and get started?