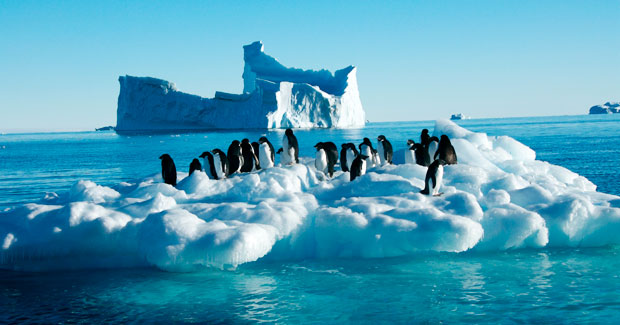 Someone once said, “travel is the only thing you buy that makes you richer”.  You could spend hours compiling a list of destinations you’d love to visit, but there are some parts of the world that are so breathtaking, so moving or so different to anywhere else that they should be on everyone’s travel bucket list.  Here are a few of our favourites.

Also known as the Aurora Borealis, the northern lights are generally able to be seen from early September to late April, but because their visibility depends on weather conditions and solar activity, they’re a little hard to predict.  Happily, Iceland offers plenty of other distractions, should the lights fail to appear during your stay.  Take a dip in a geothermally heated natural pool, look for whales and puffins on a wildlife cruise and visit the many dramatic waterfalls and the iceberg-filled Jökulsárlón lagoon.

A true wilderness area that belongs to no-one, Antarctica is one of those destinations that visitors struggle to describe to those who have never been.  The quality of its light, the tranquility of its deep blue waters and the uniqueness of its fauna make it a dream destination for wildlife enthusiasts and photographers.

The dramatic landscape of these volcanic islands have been described as a treasure trove of endemic species, ranging from marine iguanas to giant Galapagos tortoises, and of course, the comical blue-footed booby bird.  Many of the animals that live here exhibit little fear of humans, which means getting those close-up shots requires no fancy camera equipment, but instead a healthy dose of patience and a pinch of good luck.

Created in 1926 and covering nearly 20,000 square kilometres, Kruger National Park is the second-largest and second-oldest of South Africa’s national parks.  Thanks to its reputation for world-leading environmental management and excellent game viewing, it’s one of the most popular game parks, but there are plenty of others, both public and private, large and small, that are certain to deliver unforgettable wildlife encounters.  You can choose the level of adventure, whether it’s getting out at dawn every day to tick off the Big Five or simply to soaking up the incredible scenery from one of the many luxurious game lodges.

The Grand Canyon was carved over millions of years by the mighty Colorado River.  It’s 277 miles long, up to eighteen miles wide and at its deepest point, it’s nearly a mile from the rim to the floor, but the numbers really don’t do justice to its immense scale.  Whether you choose to see it from above by helicopter, from below on a white-water rafting expedition or from the stomach-churning, horseshoe-shaped, glass-floored Skywalk, you’ll soon see why it’s widely considered one of the seven great wonders of the natural world.

Start thinking about which bucket list item you’re dreaming of ticking off this year, then contact your personal travel manager to make it a reality.