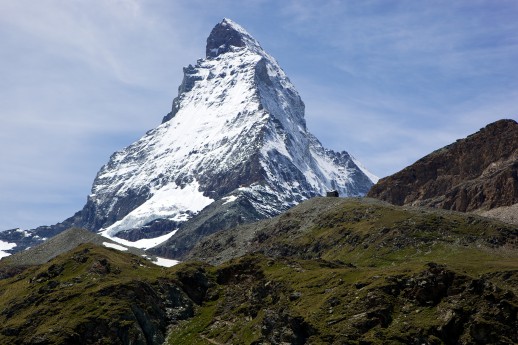 5 of the world's top bungee jumps

Bungee jumping originated in the South Pacific on Pentecost Island, where locals would jump from fragile looking towers of 20 to 30 metres high. Pentecost Island is part of Vanuatu, a popular destination for Australians. It is possible for visitors to witness this traditional ceremony during day trips from Port Vila between April and June every year. Westerners unearthed this tradition during World War Two, but it wasn’t until Oxford’s Dangerous Sports Club jumped off a bridge in Bristol that modern bungee jumping was born.

Today bungee jumping is a popular extreme sport worldwide, so we’ve compiled a list of the best spots. Your Personal Travel Manager can coordinate all travel arrangements to ensure you reach these locations, the only thing they can’t do is make you jump!

The Royal Gorge Bridge above the rumbling Arkansas River was built in 1929, and at 292 metres remained the world’s highest bridge at 321 metres until 2001.

The bungee jump itself is the worlds largest by over 92 metres, offering panoramic views across the vistas that make up the national park. Just be prepared to walk the wooden plank over the river for the best outlook, before making the leap of faith.

Even though the Royal Gorge Suspension Bridge is the world’s most iconic bungee destination, jumps have been suspended until further notice as management opts for a rope swing type attraction.

The Bloukrans Bridge, built in the early eighties, spans South Africa’s Eastern and Western Cape and at 216 metres is the world’s highest commercially active bridge based bungee jump. The bridge looms high over the Bloukran’s river, partially hidden by the garden route’s dense forest canopy, a vibrant environment to take in before taking the plunge.

Thrill seekers jump from beneath the bridge itself, on the peak of the world’s highest span arch, which means a gruelling 150 metre climb over the gorge will have pulses racing even before the big jump.

Since appearing in the opening scene of ‘Goldeneye’, where Bond jumps from the dam in a dramatic getaway, Contra Dam has been a favourite spot for both Bungee and Bond fanatics.

Switzerland’s fourth largest dam was built in the 1960s on the Verzasca River to support Verzasca’s hydroelectric power station. During the first filling of the dam in 1964, up to 25 earthquakes occurred a day and the reservoir had to be emptied until an equilibrium was found. Shaken, but not stirred.

Jumps run from April to October and consequently they are of limited availability. Bond didn’t make a reservation but unless you’re a suave secret agent it’s recommended you do so.

This part of Queenstown may look familiar as you take in the scenery from 102 metres, before taking a four second free fall as you hurl towards the Shotover River below. This may be because the dramatic landscape was used in fantasy epic, ‘The lord of The Rings’, with the jagged peaks of the mountains and cascading rock faces towering over the conifer dotted plains below.

Queenstown’s expansive mountain range provide a picturesque setting for bungee enthusiasts and is widely regarded as the spiritual home of the sport, hosting the first commercial bungee jump in 1988. Queenstown has range of bungee locations to choose from, with no shortage of romantic landscapes, giving adrenalin junkies the opportunity to take the plunge.

The Corinth Canal was built in 1893 to connect the Gulf of Corinth with the Saronic Gulf, however it’s no longer used as a shipping lane because the passage is only 21 metres wide and consequently too narrow for modern commercial ships.

The Corinth Canal is a major tourist attraction in the area, steeped in historical and geographical importance. The philosopher Apollonius of Tyana prophesied that those who attempted to join the gulfs would meet an untimely demise, and consequently the next three Roman leaders to attempt the project suffered violent deaths. The flat limestone crag is also visibly divided into distinct sedimentary layers, which chart the Earth’s history, giving the channel geological importance.

The jump isn’t Europe’s highest at 80 metres, but the coarsely cut wind tunnel can send even the most experience bungee jumpers corkscrewing, multiplying the adrenalin rush.

The channel’s tendency to a form a wind tunnel does mean that the jump cannot be attempted outside of summer months, when the conditions can be too dangerous.

The cascading rock face seems within touching distance as you plummet towards the turquoise ocean, making it an exhilarating location for a bungee jump.

Find out more about destinations that will thrill you from your local, personal travel manager. Visit http://www.travelmanagers.com.au/ptm-search/