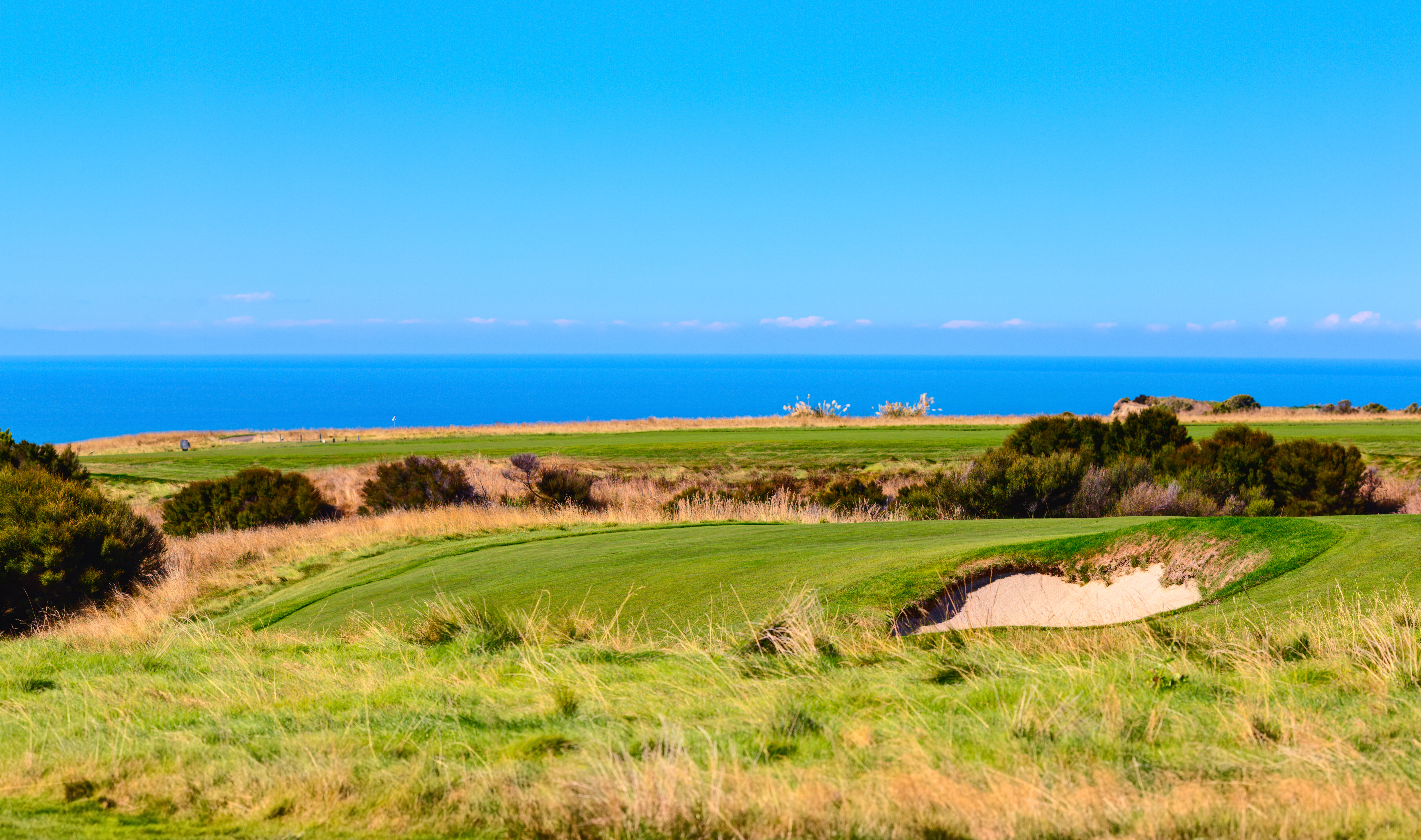 New Zealand is truly a golfer’s paradise: there are around 390 courses dotted around the country, many of them in spectacular locations, and with only 105,000 members you’re likely to have no trouble scoring a tee time. Not only is the golf scenic; it’s also generally affordable, with green fees starting from as little as $10. Over the past twenty years, a number of world class courses have opened to rave reviews. Here’s our selection of some of the best and quirkiest from one end of the country to the other.

Located just 63 kilometres from the most northerly tip of the North Island, this friendly little course benefits from the warm temperatures and settled weather for which the “winterless North” is renowned. Play a round in the morning, then head to nearby Ninety Mile Beach for some dune boarding or catch a few waves at Ahipara.

Just a twenty-minute flight across Foveaux Strait from the country’s southernmost city of Invercargill, a round on this tiny but scenic course on Stewart Island will set you back just NZ$5, whether you stop at six holes or head round twice more to make a full eighteen. When you get back to the mainland, be sure to sample the region’s most famous delicacy: the Bluff oyster.

On the foothills of the impossibly-symmetrical volcanic cone that is Mount Taranaki, you’ll find a small country course that’s in many ways similar to dozens of other small clubs around the country: friendly locals, ridiculously cheap green fees and happy sheep grazing the fairways. Add spectacular views of the mountain and the Pacific Ocean and you’ve got all the ingredients for a few happy hours applying club to ball.

Founded in 1871, this is New Zealand’s oldest course, and one of the oldest in the Southern Hemisphere: it even hosted New Zealand’s first Amateur Championship in 1893. The course is located on the outskirts of the city of Dunedin, just five minutes from the city centre. The city itself is the ideal base for wildlife enthusiasts who can watch rare yellow-eyed penguins coming ashore at dusk, visit a Royal Albatross colony and look for fur seals, sea lions and even sea elephants in the waters of the Otago Peninsula.

The trade-off for its spectacular location on the edge of the Rakaia Gorge at the base of the Southern Alps is the wind which notoriously blasts down the valley and challenges your stroke. It’s just over an hour’s drive from Christchurch so it’s an easy day trip, but we recommend staying in one of the beautiful villas onsite and using it as a base to explore the region. In winter you’re a stone’s throw from Mt Hutt skifield; in summer you may prefer to explore the many walking trails in the area.

When it comes to luxury golf escapes, New Zealanders really are spoilt for choice, but Cape Kidnappers is one of the best. Set high on the cliffs overlooking the ocean and the sweeping expanse of Hawkes Bay, you’ll be treated a challenging but enthralling game of golf. When you’re ready to debrief, we recommend sampling the local produce at one of the region’s many award-winning wineries.

Most arty course: The Hills, Queenstown

The Queenstown area is bursting with top-notch golf courses, with three of the country’s top ten within half an hour of each other. But The Hills is the only course that boasts a sculpture park, which features a constantly-changing body of work that currently includes giant insects, five wild horses and a man fighting off a very large pack of wolves. Queenstown is the adventure capital of New Zealand, so when you’ve had enough world-class golf you can try bungy-jumping, skiing or mountain biking, or simply soak up the beautiful mountain scenery.

If you’re having a hard time choosing where to play your golf, talk to one of our personal travel managers about designing your ideal itinerary.