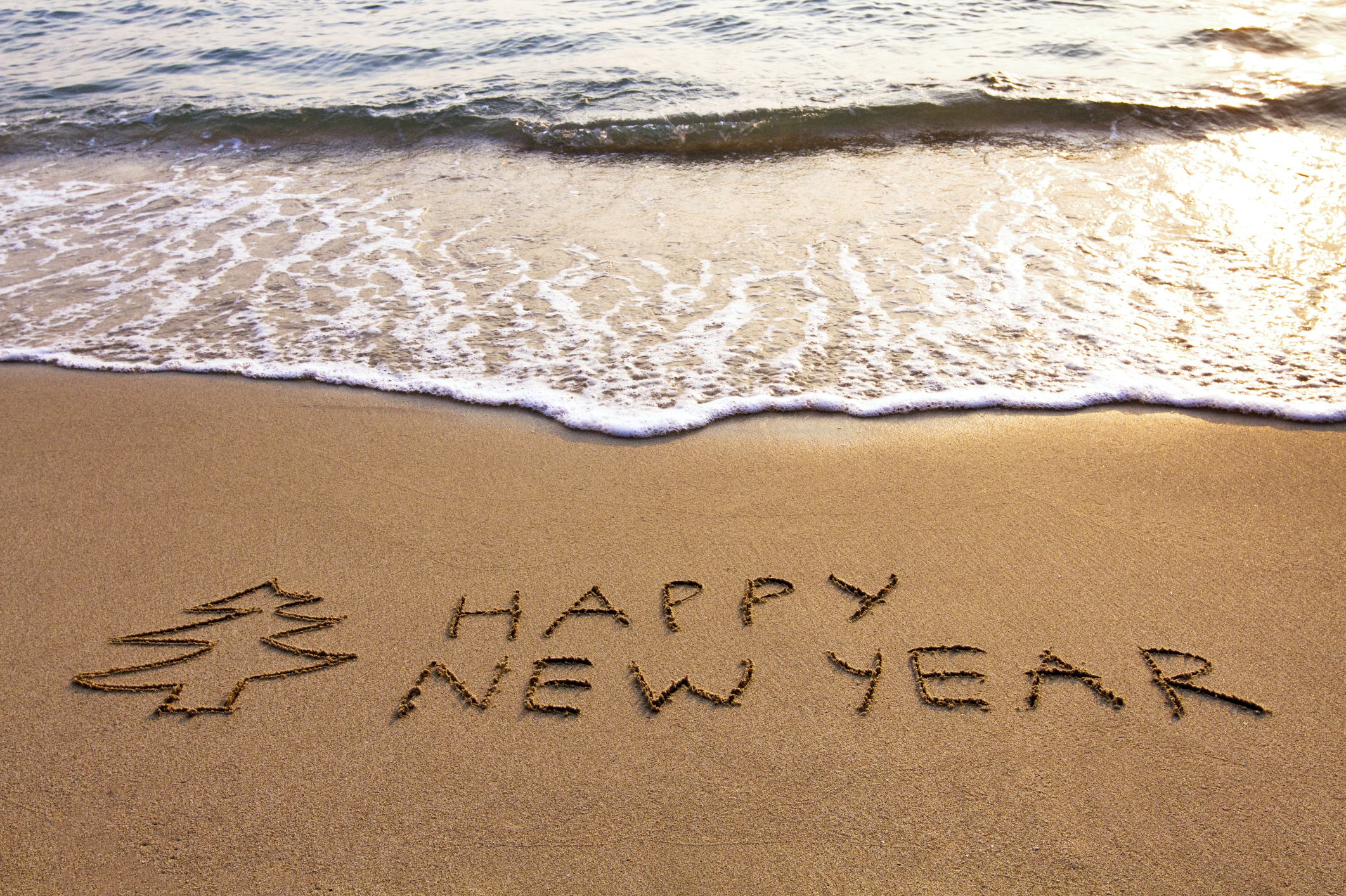 A country which has its own word for New Year’s Eve, is a country to visit for the last day of the year. Hogmanay in Edinburgh is legendary, where merry Scots indulge in festivities including a traditional torch-lit procession, street performers, ceilidh bands as well as the famous gigantic street party.  There’s always fireworks of course, just bring some warm clothes if you watch them live. There’s also the Hogmanay Concert, featuring top bands playing beneath the stunning backdrop of Edinburgh Castle.

If there’s a party to be had, you’ll find it in Rio. Around two million party animals meet on Copacabana Beach to dance in the coming year. Locals offer flowers, rice and perfume on the beach to the Goddess of the Sea before the party kicks off around 7 pm. ‘Revellion’ is held every year and features food, beverages, fireworks and music. Add to this great weather, beautiful people and a buzzing atmosphere and you have the recipe for an action packed NYE.

Since 1906 New York  has celebrated the new year with a legendary Waterford crystal and electric light ball which drops from the top of  Times Square. Rug up for this free event and watch how the US parties in the capital of the world.

London is brimming with parties but most of them are ticketed events so check out the local guides as to where to purchase tickets.  Fireworks are launched from the 135 m London Eye at midnight.
The best views are from the Westminster Bridge and the north embankment of the Thames. Micro celebrations are had in the theatres where you can watch a stage show and then celebrate NYE with cast and crew.

Italians believe in wearing red underwear as bringing good luck for the coming year. Celebrate Venetian style enjoying a huge Italian meal before joining the masked throng in St Mark’s Square where the new year is proclaimed on the tolling of the St Mark’s bell.

Start celebrating early in Japan because party time begins on December 29 and goes right through to January 4. The city is pumping with fireworks and music. The Japanese celebrate New Year by listening to the Watch Night Bell which sounds 108 times at temples all over Japan. These sounds symbolise the purging of negativity. Then eat your way to a long and healthy life
with the New Year’s Eve Soba, Toshkoshi Soba. Sake and bonfires are also on the menu at the Zojoji Temple. On New Year’s Day, take a visit to the Imperial Palace as it is only open to the public two days a year.

Reykjavik is one of the hot up-and-coming tourism destinations. Long, dark nights mean a city with a happening night life and NYE is no exception. After the fireworks spectacle, community bonfires and traditional musicians who perform in the street, you’ll find most bars and clubs are open until 5 am.

For local knowledge and to book any of these destinations, contact your local Personal Travel Manager. There are over 300 in Australia. These travel professionals have an average of 16 years travel experience. Most importantly, they will visit you at a time and place that suits you, whether in the office, at home, at a coffee shop, on the phone or via email. So there is no need to wait in a queue when you want to travel or trust your booking to unknown internet websites when you have your own Personal Travel Manager who will find  you the best deal.