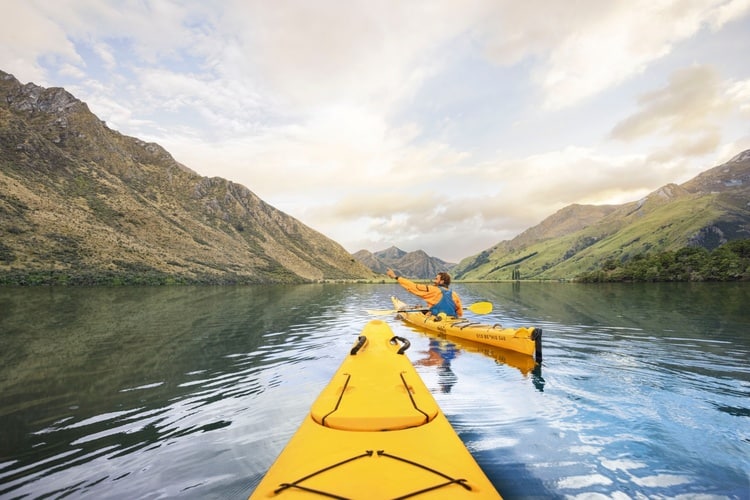 The great thing about New Zealand is that is appeals to all kinds of travellers… young, old, adventurous, cautious, wine lovers, beer drinkers, foodies, families, couples, friends, solo travellers. You name it, there’s something for you. It’s impossible to see and do everything in one trip. But being only a few short hours’ from Australia’s east coast, you don’t need to! You can always come back and visit a different area each time. You may have already travelled to NZ, or like many it’s on your “someday” list.  Either way, we’ve put together a list of ten gems of the South Island you cannot miss, no matter how many times you’ve made the trip across the Tasman.

What caused the Moeraki Boulders and why are they so impressive? These giant stones are scattered along Koekohe Beach, between the towns of Moerkai and Hampden. They are said to have been formed 65 million years ago and erosion has shaped them into almost perfect spheres. Each boulder weighs several tonne, and there’s something about the way the sparkles off their smooth wave-kissed surfaces that makes them so mesmerising to see and photograph. 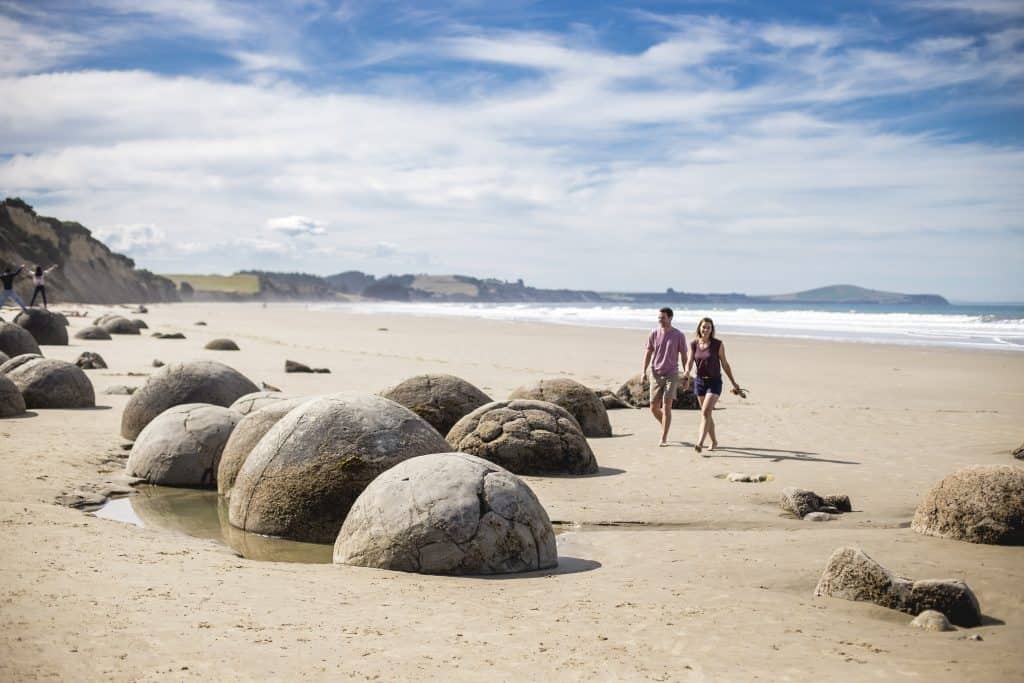 Head north 90 minutes’ from Christchurch and you will find yourself in a buzzing alpine village called Hanmer Springs. There is so much to do here chances are you are going to want to come back, be it a different time of year or for a longer stay. The quaint town is picture-perfect with buzzing cafes and boutique shops, while the dramatic mountain backdrop casts feeling of pure serenity. Zoom in though, and you’ll find hiking trails, jet-boating, rafting, bungy, quad bikes and even paintball. No matter your age, interest or season of travel, you cannot visit Hanmer Springs without taking a dip in the mineral-rich hot pools at Hanmer Springs Thermal Pools & Spa. 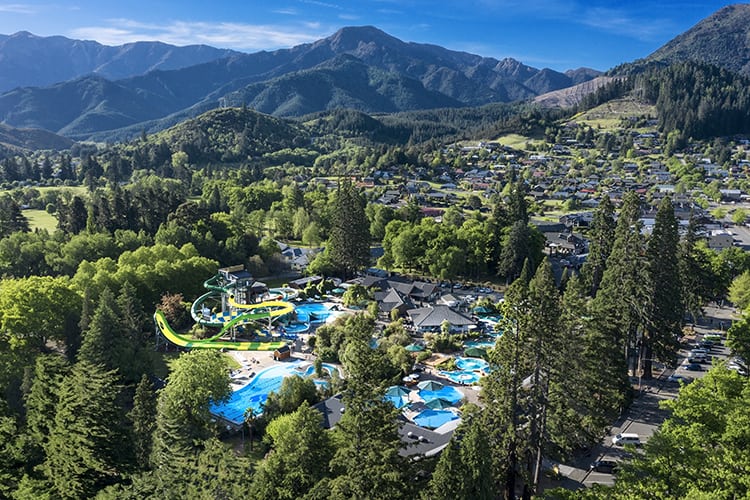 Renowned for its low light pollution, the South Island is just as beautiful at night as it is in the daytime. When the sun goes down the heavens open and you are suddenly gazing at millions of twinkling lights right before your eyes. Being the sky, the view obviously costs you nothing, but there are also some fantastic ways to up the ante of your astronomy experience. Horizon Tours weaves a magical experience by sharing Maori tales of the celestial bodies. We also like Aoraki Mackenzie International Dark Sky Reserve, the only one of its kind in the Southern Hemisphere. 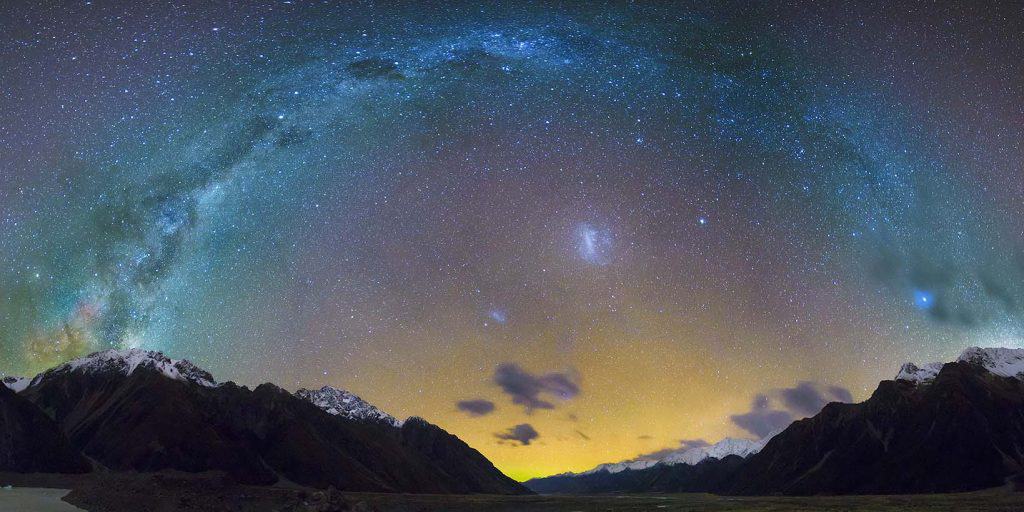 Still on stargazing… wouldn’t it be nice if you could enjoy all the comforts of a luxurious place to stay, all the while taking in the view from up above? With PurePods accommodation you can do exactly that. Secreted away in some of the most secluded spots between Kaikōura and Christchurch, you can look up at the night sky from the comfort of your see-through self-contained own isolated slice of Kiwi paradise. 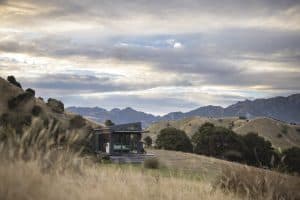 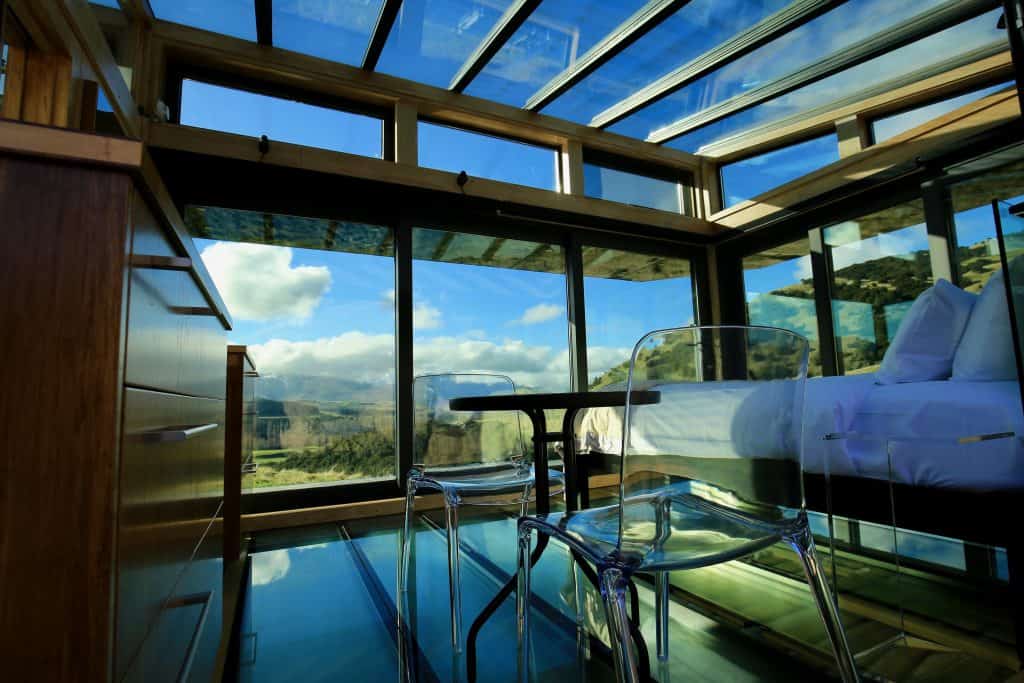 5. Watching the sun rise and set over the Pacific Ocean

Those who have experienced it would agree there’s something almost spiritual about seeing the sun appear and disappear over the ocean, bringing a surreal sense of hope in the morning and peace in the evening. There aren’t a lot of places where you can do both on the same day! But on the South Island you can do just that. We love New Brighton Pier (Christchurch) for your early morning wake up call. And as the name suggest, Sunset Point (Hokitika) is a great spot for act two. It’s just a few hours’ drive from east to west, although you might also like to consider the famous TranzAlpine rail journey from Christchurch to Greymouth. You’ll be glued to the window as you cross the Canterbury Plains and travel through spectacular gorges, river valleys and the alpine village of Arthurs Pass. 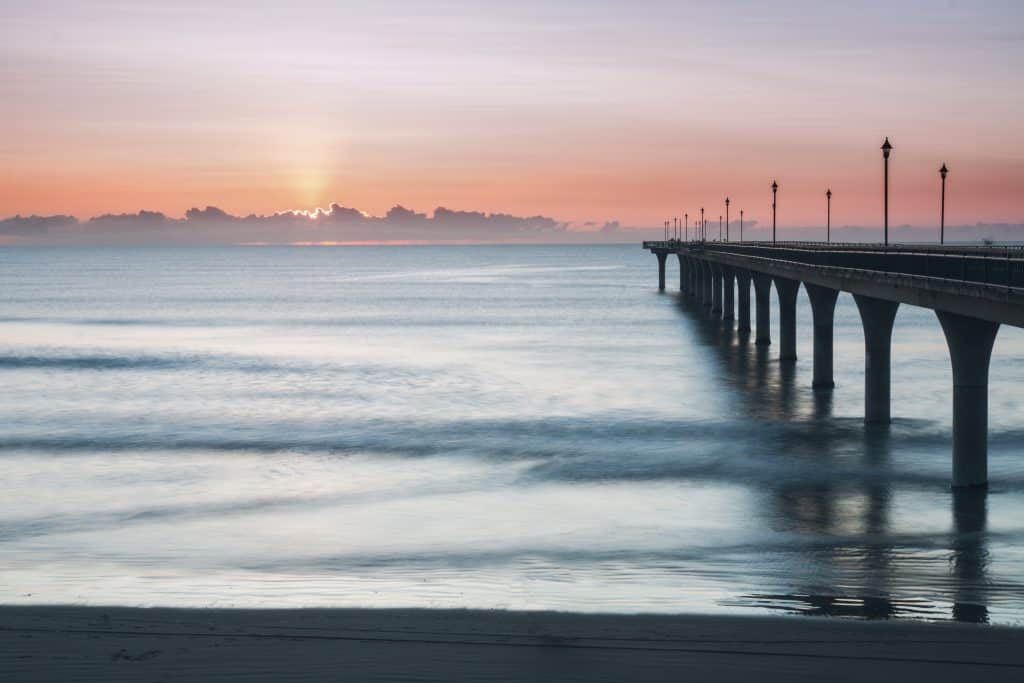 Off the beaten track but still just 20 minutes’ drive from Queenstown is Moke Lake. Framed by towering mountains, the Moke Lake Loop is a lovely trail for a leisurely walk or bike ride. The approximately nine kilometre loop follows the edge of the lake, which itself is primed for canoeing, kayaking and even swimming in the summer months. And remember we mentioned stargazing earlier? Moke Lake is just the spot – far enough away that you’re not affected by light pollution, and yet really close to town.

When you visit Fiordland National Park you are naturally going to want to see Milford Sound and Doubtful Sound. But you’d be foolish to leave out the Glowworm Caves of Lake Te Anau. It’s almost hypnotic – floating through a network of twisted limestone passages of sculpted rock, whirlpools and a roaring underground waterfall. Eventually you’ll reach a hidden grotto as silent as it was 12,000 years ago, but for the drip drip of the purest of waters. Peer up and hundreds, if not thousands, of twinkling blue-green lights appear before your eyes. 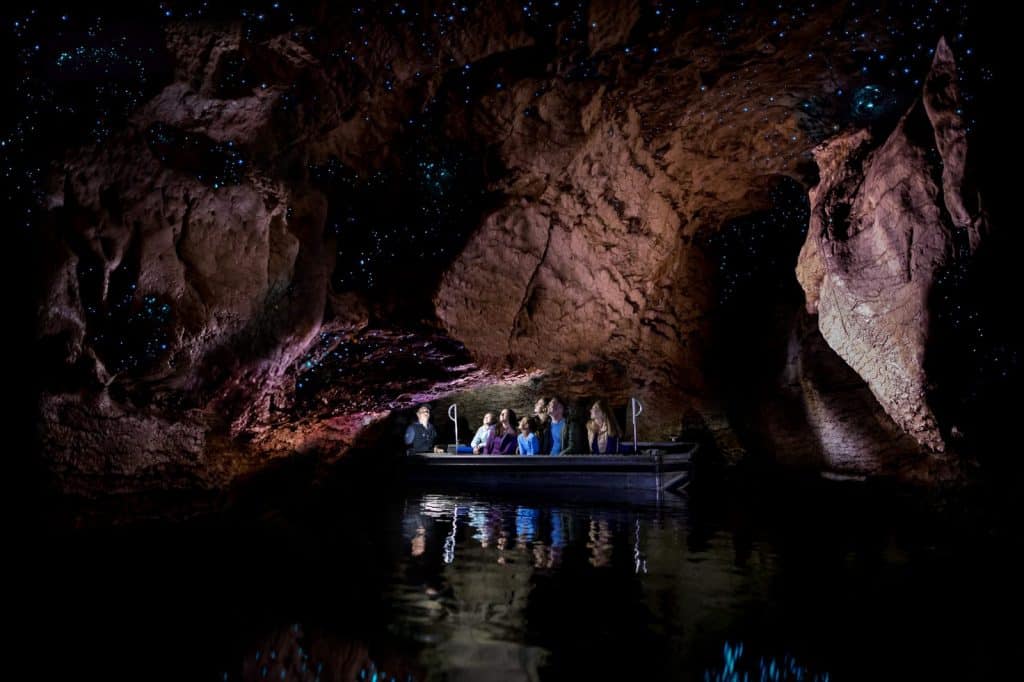 Giving Melbourne a run for its money, Christchurch is quickly cementing itself as the home of art. Through the rebuilding of the city after the 2011 earthquake, street art has been a feature, turning the many new empty walls, or blank canvases as we prefer, into captivating masterpieces. It brightens your day, to be surrounded by so much talent and inspiration. The murals are ever-evolving, always something new to see. This activity is easily done at your own pace, or you might opt for a walking tour with a local which will give you a better insight into the artworks. 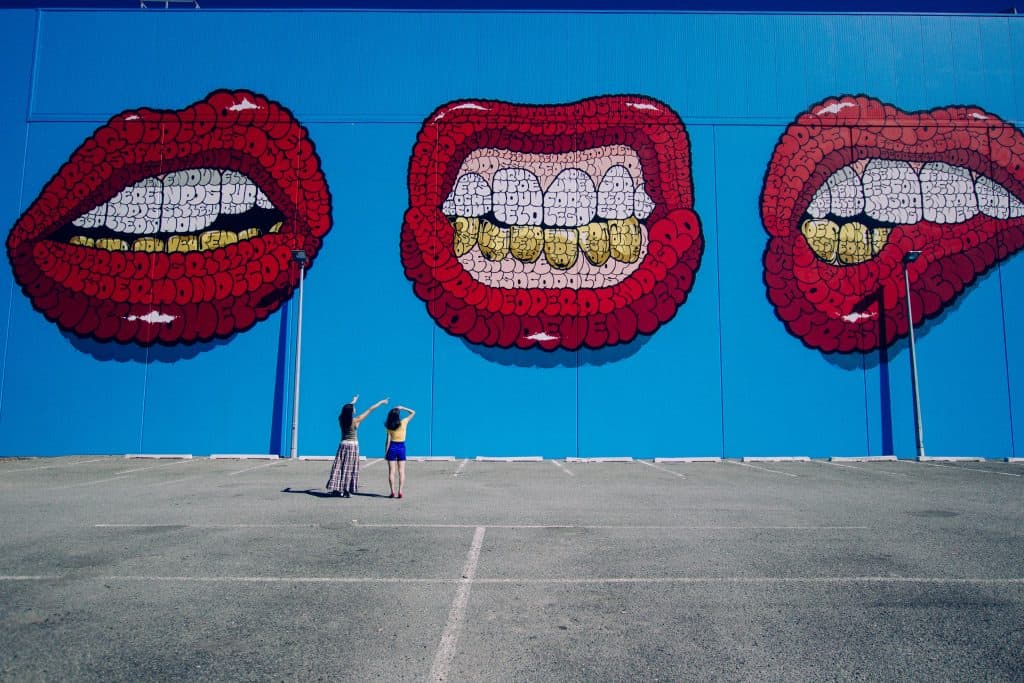 Lake Roititi is absolutely gorgeous. Whisky Falls is one of many hidden gems within easy reach. No, these falls aren’t literally whisky, although some may love that! The cascading waterfall nestled in the depths of the forest, thunders 40 metres down a mossy rockface, and is well worth the five-hour return trek around the lake’s edge… or 15 minutes trek from the nearby jetty. We also recommend Lake Rotoiti Hot Pools, where you can choose from eight different mineral hot pools based on your temperature preference. Only accessible by boat or air it awakens the mind, body, and soul. 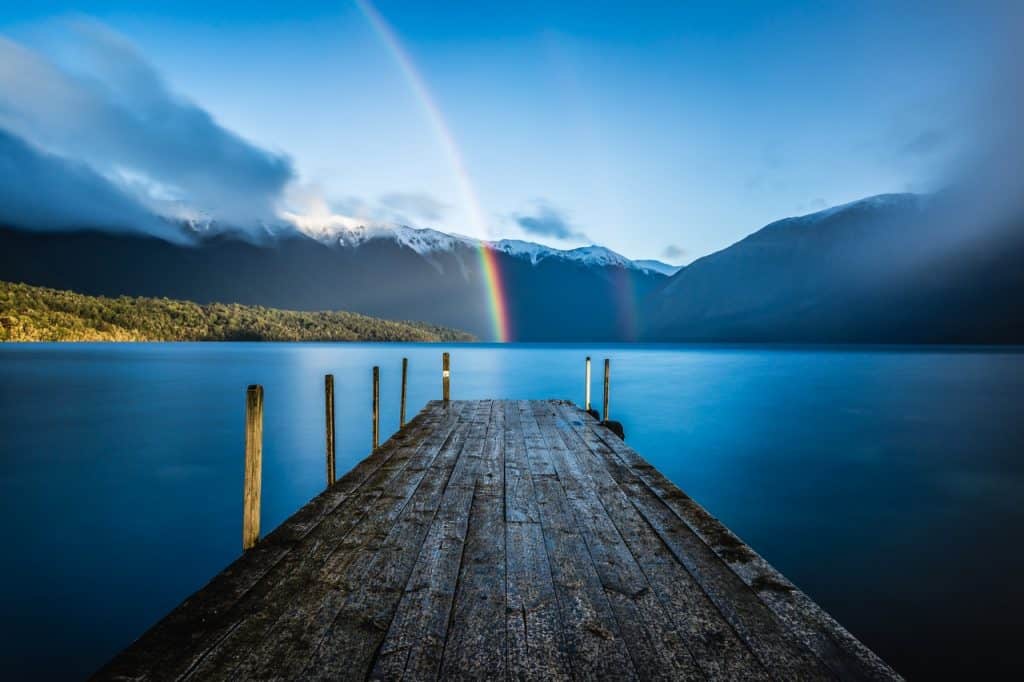 And finally, we’d be remiss to talk about the gems of the South Island without mentioning Kahurangi National Park, whose name means “treasured possession”. It’s a fitting way to describe New Zealand’s second-largest national park, its 450,000 hectares reach Golden Bay in the North, Murchison in the South, and right across to the spectacular and wild West Coast. Being so vast, we recommend taking to the sky in a helicopter, landing atop a mountain for a secluded picnic, or visiting iconic film locations from The Lord of the Rings. 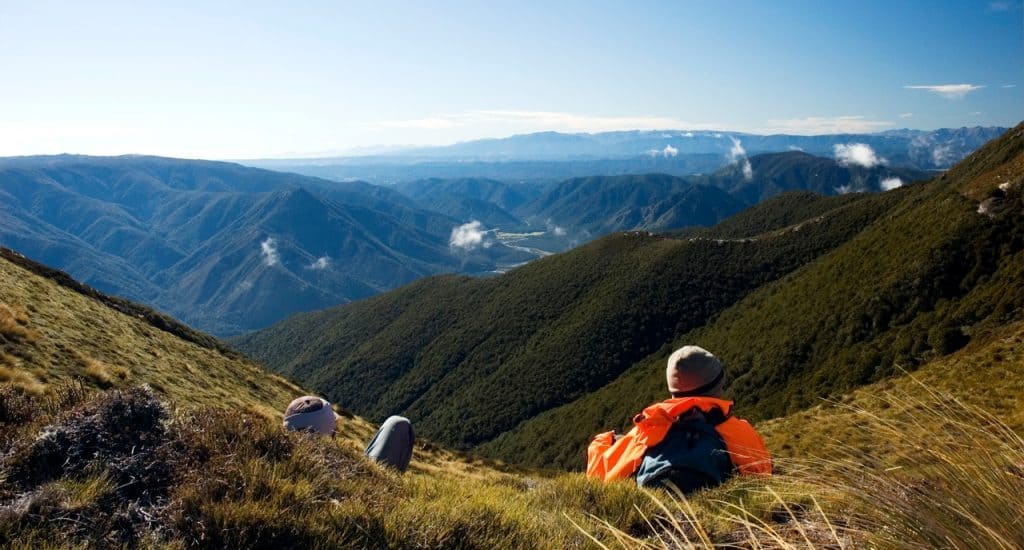 Let’s be honest. There are far more than ten gems! This list doesn’t do the South Island anywhere near the justice it deserves. You need a personal travel manager for that – they’ll take the time to get to know you and build an itinerary that shows you exactly what they know you’ll love. You can find one here.