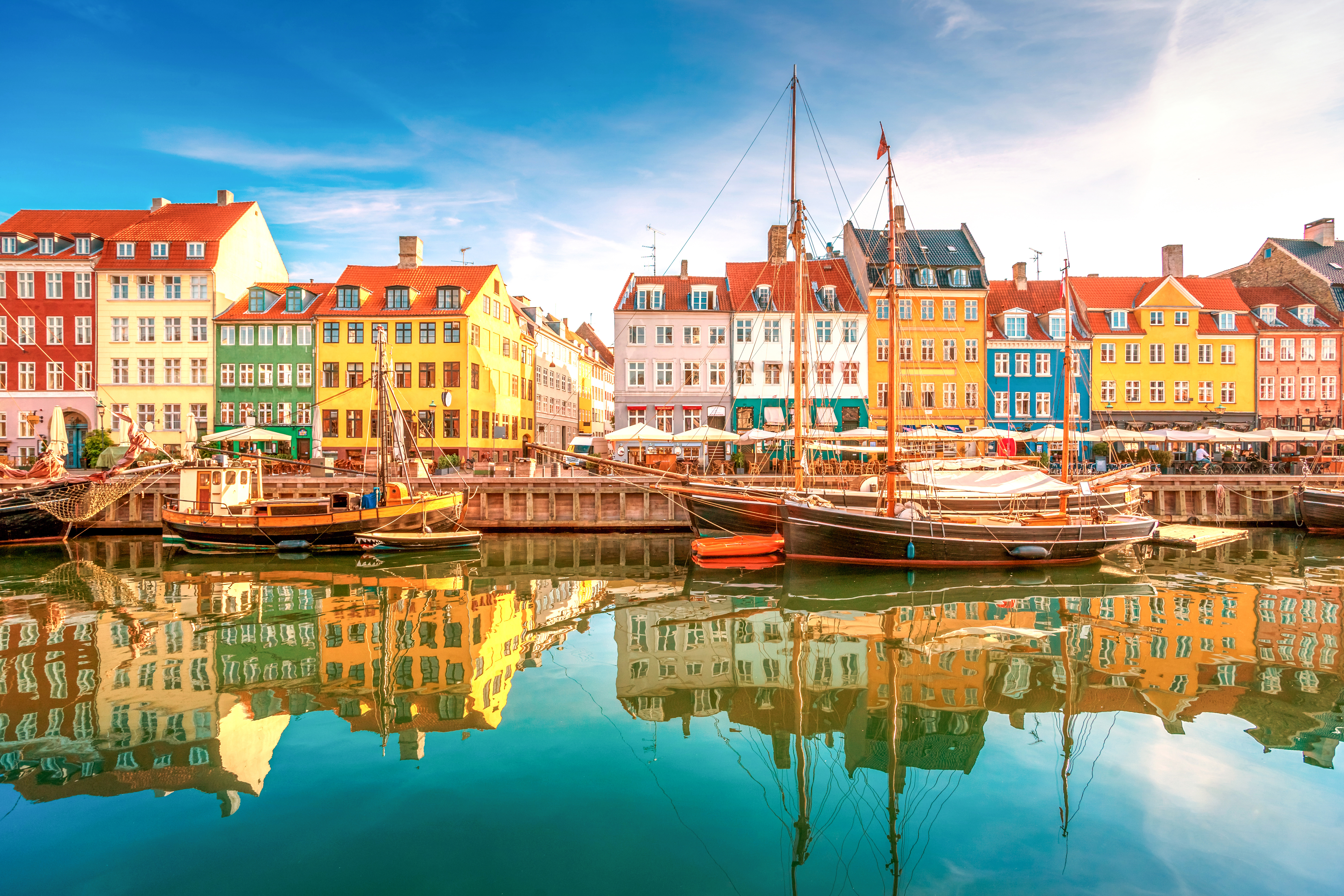 “And there she stands waiting for me

With a welcome so warm and so gay

These words were warbled by the Hollywood rendition of the Danish capital city’s most famous and beloved son in the movie of the same name. It may not have been a particularly accurate portrayal of Hans Christian Andersen’s life, and you may not much care for tales of lovelorn mermaids or orphaned water fowl, but spend just a short amount of time in Copenhagen and you’ll find plenty of reasons to join in with the chorus.

There’s no getting around it: the Little Mermaid is one of the best-known stories by Hans Christian Andersen, and the small bronze statue depicting this much-loved character that sits upon a rock on the Copenhagen waterfront has attracted hundreds of visitors all day every day for over a hundred years. No visit to Copenhagen is complete without paying this little beauty a visit.

Any city that offers a car-free main street and measures more than one kilometre long has got to be a beacon to shopaholics. The Strøget runs through the very heart of the old city centre and has been pedestrian only since 1962. Start at City Hall Square and work your way east to Kongens Nytorv, but allow extra time to explore the side streets that branch off. As well as some of Denmark’s biggest and most exclusive stores, you’ll find the usual mix of luxury brands, tourist shops and other fashion shops. When it all gets too much, find yourself a spot in one of the many cafes overlooking the street and watch the crowds go by.

Seriously. Copenhagen may not be a classic beach destination, but it does offer a few options if you’re visiting in the summer and find yourself in need of a refreshing dip. Just a fifteen-minute bicycle ride from downtown, Amager Strandpark is a man-made island boasting more than four kilometres of beaches. Or you can head to Bellevue Beach, around ten kilometres from the city centre. Average summer temperatures sit in the low twenties and Denmark’s northerly geographic position mean you’re in for approximately 17½ hours of sunshine a day in midsummer.

Which brings us neatly to the next reason to visit. This is one city that makes it easy to embrace environmentally-friendly modes of transport: whether it’s by bike, on foot or using the excellent rail network that connects the city to the rest of Denmark and beyond. There are over 400 kilometres of paths dedicated solely to cyclists, and bicycles are said to outnumber inhabitants. If you prefer to let someone else do the work while you admire the scenery, head fifteen minutes north of the city centre to Dyrehaven, where you can snuggle into a warm blanket as your horse and carriage clip-clops along centuries-old woodland paths.

One of the nice things about Copenhagen is that there are plenty of things to see and do that won’t cost you a krone. Many of the city’s wonderful museums and art galleries are free on certain days of the week if not every day. Take a walk around the picturesque Nyhavn, or better yet, join one of the city’s free walking tours which will give you a great overview of the major tourist spots.

Copenhagen is a fantastic city to visit with kids. The world’s two oldest amusement parks, the Tivoli Gardens in central Copenhagen and Dyrehavsbakken just north of the city, have between them been open a staggering 606 years. Although the oldest rides, Tivoli’s ferris wheel and Rutschebanen rollercoaster have only been operating since early in the twentieth century.

With museums and art galleries abounding, there are plenty of opportunities for discovery. From the startling architecture of the National Aquarium Denmark Den Blå Planet to the imposing red brick façade of the Natural History Museum, you’ll find plenty to appeal to all interests. And if you’re visiting Copenhagen in the colder months, they’re a great place to avoid inclement weather.

The much-loved Danish royal family is headed by Queen Margrethe II and her husband but is perhaps best-known by Australians for Crown Prince Frederik and his Tasmanian born and raised wife, now known as Mary, Crown Princess of Denmark. As well as the eighteenth-century Amalienborg Palace which the royal couple currently call home, there are at least seven other castles and palaces in and around Copenhagen – enough to satisfy the most avid royalist.

Whether you’re looking for a traditional Danish lunch of smørrebrød (a type of open sandwich, traditionally served on rye bread) or a cinnamon roll to add to your parkside picnic, Copenhagen is bursting with epicurean treats that will leave you bursting too. If fine dining is more your style, Noma has been awarded World’s Best Restaurant by the British Restaurant magazine four years out of the past six for its reinterpretation of traditional Nordic cuisine.

Given its relatively petite size, measuring roughly three hundred kilometres across and four hundred kilometres from top to tip, it’s easy to plan any number of day trips or longer excursions from your conveniently-located home base in Copenhagen. You’re also a quick but impressive bridge crossing from southern Sweden, an eight-hour ferry ride from Oslo or a four-hour ferry and train ride to Hamburg.

If mermaids are calling you to discover wonderful Copenhagen, talk to your personal travel manager about making it a reality.