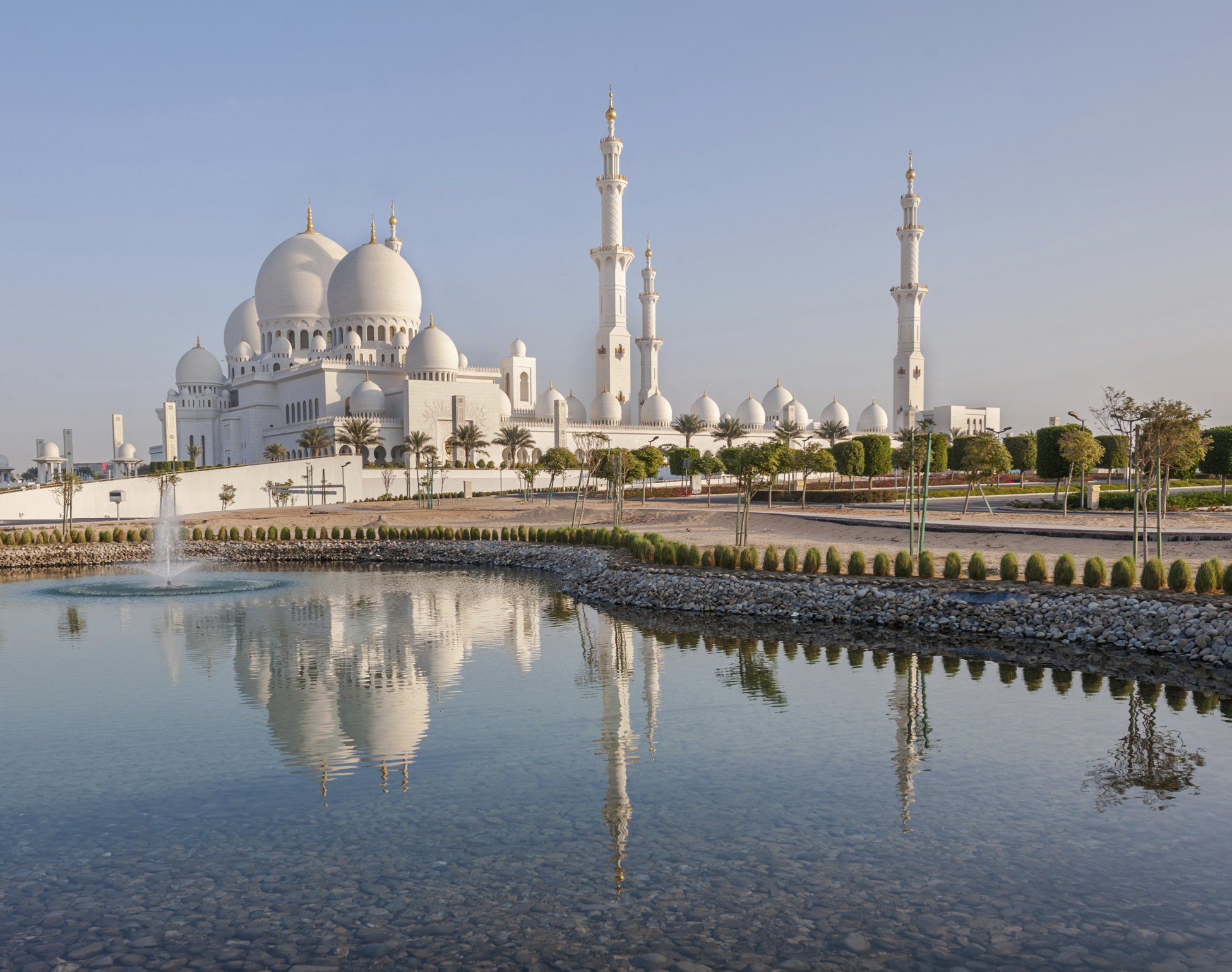 Roughly halfway along the 700-kilometre Persian Gulf coastline of the United Arab Emirates, you’ll find its capital city, Abu Dhabi, which shares its name with the Emirate in which it is located. Archaeological evidence indicates that human settlement on this site dates back to at least the third millennium BC, but the city itself has moved far beyond its roots of herding, fishing and pearl diving.

Now, with a thriving petroleum-driven economy, it’s pushing back the desert to create space for its 1.5 million inhabitants, and its constantly-changing skyline rivals any other 21st century city. Its location makes Abu Dhabi an ideal stopover for Europe-bound travellers and we recommend spending at least 24 hours in this fascinating destination: your visit might look like this.

9am: Start your day with a ride on the open-top, hop-on, hop-off Big Bus. It’s a great way to get your bearings, and your ticket includes numerous freebies – more on those later. They actually operate two different loops but if you’re short on time, we recommend the City Tour (red route) as it stops at main attractions within the city.

11am: If you start your Big Bus Tour at the Corniche end of the loop, you can hop off roughly halfway round at the jaw-dropping Sheikh Zayed Mosque. This beautiful marriage of art, culture and religion was completed in 2007 and its 82 gold-tipped white domes, intricately decorated interiors and 65,000 square foot, handmade Persian carpet will surely dazzle you. The mosque can accommodate up to 40,000 worshippers, but is open to visitors every day except Fridays.

1pm: you’ll have worked up an appetite by now, so why not head back to the waterfront and take advantage of your free entry to the Sky Tower? This 74-storey skyscraper was completed in 2010 but has already been overtaken in height. As well as a great view from the top, the Marina Mall next door is a great spot for some retail therapy and refuelling.

3pm: If you’re interested in the history of Abu Dhabi, the Heritage Village is fun for a visit, especially if you’re travelling with kids. Built as a replica Bedouin village, you can also meet a camel, browse a traditional souk or just sit on the beach and soak up the view.

4.30pm: For a view of the city from a different perspective, go sailing on a traditional Arab dhow. It’s included in your Big Bus ticket and it’s a serene way to make the most of the light sea breeze while you’re sightseeing.

6.30pm: At the end of the day, it’s practically compulsory to make like a local and head to the Corniche. Here you’ll find play areas for the kids, cycleways, footpaths and manicured gardens, and the beach itself has recently been awarded Blue Flag status, which guarantees clean and safe water for swimming.

8.00pm: Finish your day at the Emirates Palace: an utterly opulent Arabian fantasyland that reportedly cost US$36 billion to complete. Whether you prefer a Michelin-starred fine dining experience, a taste of 1001 Arabian Nights at a fireside beachfront barbecue or a camel-milk infused Camelccino, expect to be blown away.

Ask your personal travel manager to help you design your own Arabian adventure or stopover. And check our latest special airfares with Etihad Airways to get you there.