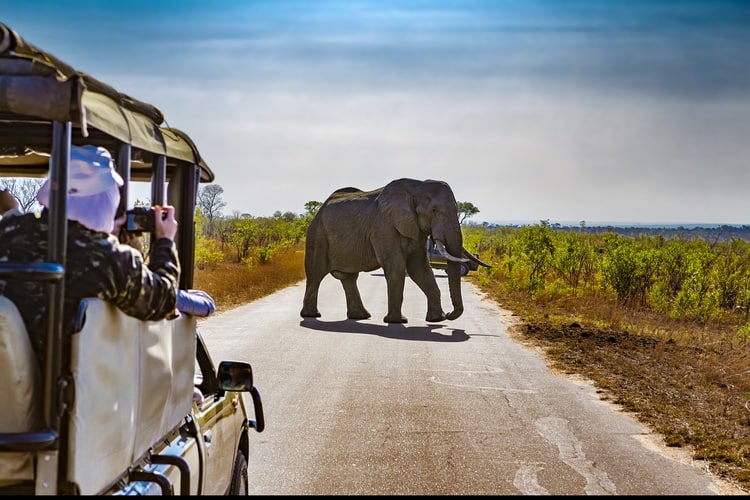 A Beginner’s Guide to South Africa

South Africa covers an area almost twice the size of France and has a population of almost 59 million people. It’s a land of amazing contrasts, from great mountain ranges to vast expanses of open desert country. Its biodiversity is unparalleled: 297 species of mammals, 858 species of birds and 20,000 species of plants. In short, it’s a holiday destination like no other. If you’re looking for some inspiration to plan your South African holiday, here’s a little background information to get you started.

From whale watching along the beaches of the Garden Route to dawn safaris in Kruger National Park, South Africa is a paradise for anyone interested in seeing magnificent wildlife in its natural habitat. The warm waters of the south coast are a haven for southern right whales between June and November: if you visit in July or August, you may spot their newborn calves too.

If you’re looking for an animal encounter of the ‘Big Five’ variety, head for one of the game parks – MalaMala, Sabi Sands and Kgalagadi are among the most popular. Most game drives take place either early in the morning or late in the afternoon when the animals are at their most active, so warm clothes are essential despite the hot days.

Distances between the major cities are considerable: Cape Town to Port Elizabeth (at the opposite end of the south coast) is around the same distance as Sydney to Melbourne, while Sabi Sands Game Reserve is a 450-kilometre drive from Johannesburg. For this reason, internal flights are a great time-saver. That said, South Africa offers some astonishingly good road trips, such as the jaw-dropping Panoramic Route, which takes in the world’s third-largest canyon and the restored gold-mining town of Pilgrim’s Rest.

Every chapter in South Africa’s rich, varied and sometimes turbulent past is represented in its historic sites. From the Sterkfontein Caves, which yielded the oldest hominid fossils ever found, to the deserted halls of Robben Island’s notorious prison; from Isandlwana Battlefield to Kimberley’s Big Hole, each site offers a fresh insight into the events which shaped the South Africa of today.

Anything Else I Should Know?

Whether you opt for a self-drive road trip, a guided overland tour, a luxury lodge stay or a combination of all three, your personal travel manager can help you to plan the South African experience of your dreams.