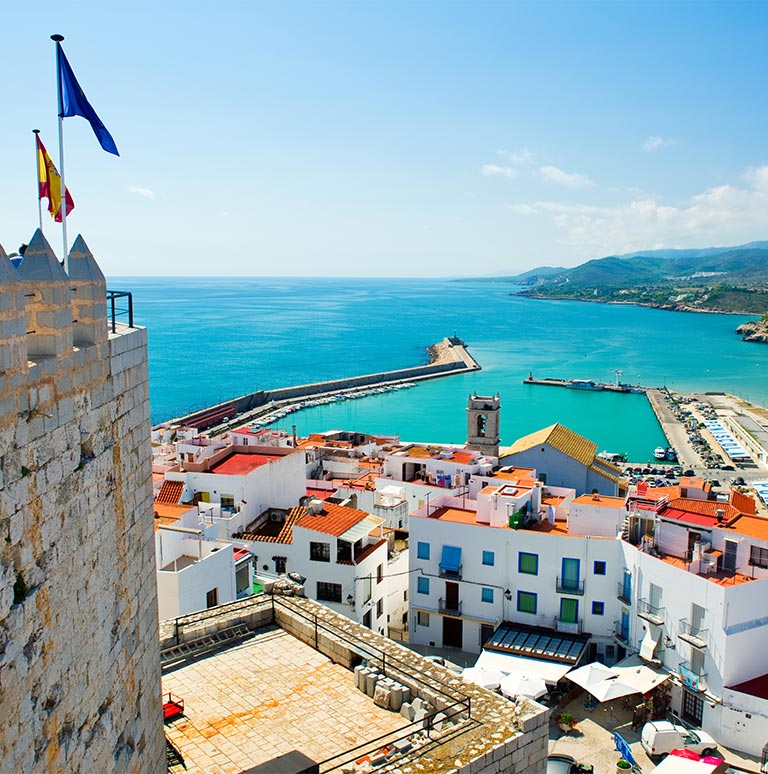 A Year in Europe

Europe is an enchanting destination at any time of year, from the long, balmy days of summer to the brisk, fairy-lit winter nights.  This is our month-by-month guide to some of the unforgettable experiences you might like to include in your next European holiday.

The ski resort village of Gstaad in the south-west of Switzerland is a popular destination for high-flyers, but in late January each year, this description becomes more literal, thanks to its role as host to the annual International Hot Air Balloon Festival.  More than 70 balloons from around the world come to the Alps to take advantage of the region’s unique flying conditions, creating a memorable sight for spectators.  One of the main highlights of the festival is the Night Glow, in which balloons, paragliders, skiers and pyrotechnics experts collaborate to create an unforgettable show of light.

When the rest of Europe is still cloaked in winter, sunny Seville is already beginning to bask in Mediterranean sunshine.  The mild temperature and settled weather provide ideal conditions for exploring the narrow streets of the Barrio Santa Cruz and the gardens of the Real Alcazar, and although climbing the 100 metre-high Giralda tower will still leave you breathless, you won’t melt in the process. It’s also an easy day trip from Seville to the nearby city of Cádiz to take in the vibrant spectacle that is its famous Carnaval.

Every year the Spanish city of València celebrates in the arrival of spring in unique fashion with the festival of Las Fallas.  This festival is an assault on the senses, and heaven for pyromaniacs: every day for nearly three weeks at 2 pm the city’s main square, the Plaza del Ayuntamiento, thunders with the sound of mascletà, or rhythmic, gunpowder explosions.  The festival’s main event, La Plantà, gets under way on 15 March with a display of more than 700 hand-made puppets destined for burning as an ancient way to mark the end of winter.  Add impressive fireworks displays and an offering of flowers and you have a vibrant, fun and utterly unique way to mark the changing of the seasons.

Many have sung about the joy of being in Paris during the spring, and for good reason.  As the horse chestnut trees that line the Avenue des Champs-Elysees start putting on their greenery, Parisians and tourists alike flock to the outdoor tables for their morning cafés and the rooftop terraces for their evening apéritifs.  Paris is a dream destination in spring if you love to simply walk the streets and absorb the atmosphere – even more so if you are fond of parks and gardens.  From the Bois de Boulogne to the gardens of Versailles, pack yourself a picnic and soak up the joy of Paris in bloom (remember to treat yourself to some seasonal delicacies such as a Salade Niçoise or a cherry clafoutis).

The town of Lisse, just over 40 kilometres southwest of Amsterdam, is world-renowned for its vast fields of tulips, which provide an eye-catching display of colour every spring.  Just outside the town you will find Keukenhof – a nineteenth-century castle whose grounds comprise one of the world’s largest flower gardens.  Around seven million of the bulbs for which the region is renowned bloom between March and May every year in a collection of gardens including an English landscape garden to a Japanese country garden.  The town is just eight kilometres from the coast, so you can also hire a bike and enjoy a leisurely ride through the surrounding fields, forests and dunes.

Midsummer falls somewhere between 20 and 25 June each year, and marks the summer solstice.  For many Swedish people, Christmas is the only holiday to rival Midsommar in importance, and there are many entertaining and distinctly Swedish ways in which to celebrate: from dancing around a flower-festooned maypole singing the ‘small frogs’ song (seriously, it’s a thing!) to eating pickled herrings and tiny strawberries, drinking shots of akvavit while singing traditional drinking songs and generally enjoying the long hours of sunshine that the day celebrates.  You’ll find midsommar festivities wherever you go in Sweden, but Stockholm’s Skansen open-air museum is a great place to start.

Finland is roughly one and a half times the size of the state of Victoria, but with a population of just 5.5 million, most of whom live in the southern region, there is plenty of room to get away from it all.  One of the quintessential Finnish summer experiences is to stay in a simple summer cottage, preferably alongside one of the 168,000 lakes which dot the landscape.  The long summer days and brief, warm nights create an ideal setting in which to relax and unwind away from the stresses of modern life: spend your days kayaking, swimming or simply sitting on a jetty doing nothing at all, and your evenings barbecuing or indulging in the classic Finnish pastime: a sauna followed by a refreshing dip in the lake.

The Irish city of Galway sits at the point where the River Corrib flows into Galway Bay, whose cool Atlantic waters provide the raison d’être for Ireland’s largest and longest-running food event: the Galway International Oyster and Seafood Festival.  Launched in 1954 by an enterprising hotel manager and attended by just 34 guests, the festival now sees more than 20,000 seafood-loving patrons descend on the city for three days of shucking and slurping, washing it down with Champagne and Irish stout.

William Wordsworth went into raptures over the Lake District’s spring daffodils, but this mountainous region in the north-west of England is equally spectacular in autumn, when its fells and forests are bathed in golden hues.  Ride the historic Lakeside and Haverthwaite Railway, take a steamer cruise on Windermere or hike Scafell Pike, which at 978 metres is England’s highest peak.  Autumn brings fewer visitors than during peak summer months so you can ramble in peace, finishing each day in a cosy pub, sampling home-brewed ales and Cumbrian delights such as Cumberland sausage and damson gin.

The historic city centre of the Belgian city of Bruges is enchanting at the best of times, thanks to its mediaeval, cobbled streets, tranquil canals and pretty market squares, but as the nights draw in and the days grow cooler, this is the place in which to sample its twin delights: chocolate and beer.   The Bruges Chocolate Museum is housed in a fifteenth-century wine tavern and aims to promote the “health and quality aspects of Belgian chocolate”, while the Brugs Biermuseum does the same with beer, offering samples of sixteen different types of beer and a fun, interactive tour experience for kids.

In north-east France, not far from the German border, the city of Colmar sits at the heart of the Alsace wine region, but in December there is another drawcard: the city has repeatedly been voted as having the world’s best Christmas lights.  The buildings of the Old Town are illuminated year-round to create a magical night-time ambience, but in December, the addition of garlands of Christmas lights transforms the area into a fairyland that is captivating for both young and old.  Practice your twirls on the illuminated ice-skating rink or visit the Children’s Christmas Market in Petite Venise to take a ride on the carousel, post a letter to Santa in the giant mailbox and drink warmed apple juice while you take in the atmosphere.

Regardless of what time of year you are planning to visit Europe, your personal travel manager can help you plan an itinerary that includes a selection of these memorable activities, and many more besides.