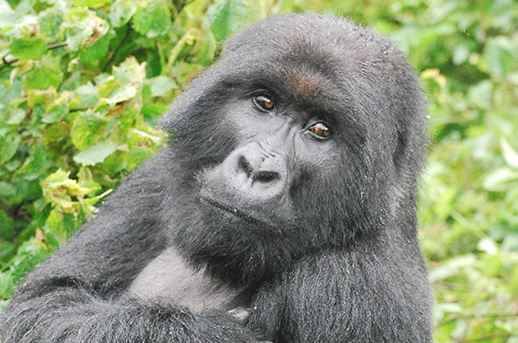 Africa’s National parks are created with the intention of preserving wilderness areas for conservation purposes, and are some of the world’s largest national parks. The first, Virunga National Park, was created in 1925 to protect its mountain gorillas and their habitat. Today, the list is extensive: national parks are scattered across the continent, each offering a unique wildlife experience to those who visit. Here are a few of our favourites.

The Serengeti is a UNESCO-listed World Heritage site, perhaps best-known for its annual Great Wildebeest Migration, in which millions of wildebeest, gazelle and zebra follow a well-worn loop of around 800 kilometres, in search of fresh grass. Thanks to the generous buffet provided by these grazing animals, the park is also home to what is believed to be Africa’s largest population of lions, plus cheetahs, wild dogs and the ever-elusive leopards.

Lake Nakuru National Park takes its name from a shallow lake that’s nestled in Kenya’s Southern Rift Valley and is considered a bird-watchers’ paradise. The lake is home to a particular type of algae that attracts pink flamingos in their millions to feed. As well as these quirky birds, you may also spot white rhinos, giraffes and cheetahs, and the park has recently been enlarged to provide sanctuary for a population of black rhinos.

Kruger National Park is one of Africa’s best-known and most-beloved national parks, both for its wealth of wildlife and for its impressive conservation efforts. It’s also one of the largest, covering nearly twenty thousand square kilometres. It’s situated around 420 kilometres from Johannesburg, so the easiest way to get here is by plane, but once you’re here, you’ll find a great range of accommodation and safari options, including family-friendly safaris, so you’ll have plenty of opportunities for ticking off the Big Five.

Namib-Naukluft National Park in Namibia is a park of superlatives: as well as being Africa’s largest park, it is also the world’s fourth-largest, and it encompasses part of the Namib Desert, which is considered the world’s oldest desert, complete with the world’s highest sand dunes (up to three hundred metres high). Despite the park’s extreme aridity, its biodiversity is surprising: ostrich, aardwolf, hyena, gemsbok, leopards and snakes are among the assortment of residents.

The prize for Africa’s national park with the best name must go to south-west Uganda’s Bwindi Impenetrable National Park, which is one of the best places to see mountain gorillas in their natural habitat (the other being Volcanoes National Park in neighbouring Rwanda). As well as its most famed inhabitants, the park is also home to colobus monkeys, chimpanzees and some 220 species of butterfly.

Tassili n’Ajjer National Park occupies a vast plateau in southeast Algeria, in the heart of the Sahara Desert: a place of sandstone canyons and arches littered with wind-carved rock forests and ancient rock drawings carved by early man. More than 15,000 examples of ancient rock art have been discovered since the 1930s, along with a great number of archaeological remains, making it a fascinating glimpse into life in this region in Neolithic times.

This is a just a small sample of the diversity offered by Africa’s many national parks. To start planning your African journey, talk to your personal travel manager today.