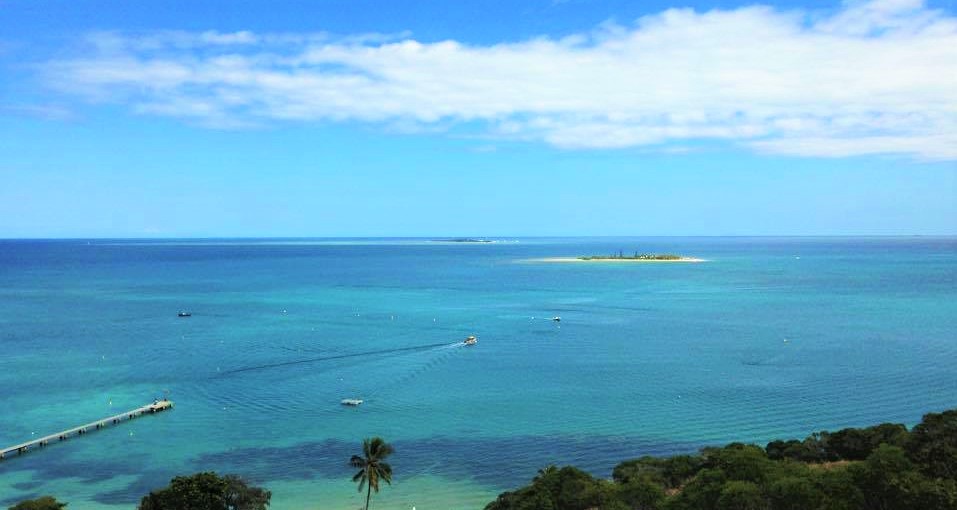 Whether you’ve done your time in Noumea already or you simply fancy venturing beyond the capital city, New Caledonia has plenty more to offer, and because the entire country measures just 350-odd kilometres from top to bottom and roughly 70 kilometres across at its widest point, it doesn’t take long to get anywhere. Of course, there’s a lot more to New Caledonia than the cigar-shaped landmass that makes up Grande Terre (the main island); it’s encircled by a barrier reef that at 24,000 square kilometres is one of the largest lagoons in the world. Here are our five favourite places to visit beyond Noumea.

The West Coast of New Caledonia is their version of the Wild West; its geography and climate make it perfect for cattle ranching and horse riding. The recently-opened Sheraton Deva Resort, located on picturesque Poe Beach near the sleepy town of Bourail, boasts a championship golf course and is a popular spot for weekend getaways from Noumea. It’s roughly a 2.5 hour drive north of Noumea, but the journey will take you through the picturesque towns of La Foa and Mouridou. Nearby Turtle Bay and Green Island are both spectacular spots where you may be lucky enough to see nesting turtles.

Probably New Caledonia’s best known island besides the Grande Terre, the Isle of Pines’ reputation is well-deserved. Here you’ll find groves of namesake pine trees flanking powdery white sand beaches, which in turn lead into tepid, clear waters where marine life abounds. You can reach the island either by hopping on the daily ferry from Noumea (which takes about three hours each way), or choose to fly by plane or helicopter. If your budget doesn’t stretch to staying here, it’s possible to make it a day trip to the piscine naturel (natural swimming pool), but be warned: you’ll find it very hard to leave.

Located off the east coast of the Grande Terre, the islands of Lifou, Ouvéa and Maré each have their own unique character. Ouvéa is the most northerly of the Loyalty Islands; all that’s left of a long-extinct underwater volcano, it now boasts 25 kilometres of white sand beach and a large lagoon dotted with smaller islands. To the south lies Lifou, which is the largest of the Loyalty Island and features lush forests, rugged coral cliffs as well as lovely white sand beaches. Finally there is Maré, with its rugged cliffs and hidden natural freshwater pools. Be sure to sample the local seafood during your stay: especially the mangrove crab curry!

If you’re not in the country for long but you’d really like an island experience during your stay, jump on a water taxi and spend the day at Ilot Maitre. It’s only takes around fifteen minutes to reach your destination, but once you’re there, you can while away the hours looking for turtles (ideally at high tide), snorkelling in the shallow waters, picnic under a palm tree or brush up on your watersports.

If you really want to get off the beaten track, New Caledonia is a great place to tie on your walking boots and go for a hike. The two best-known and most popular major walks are at opposite ends of the Grande Terre: GR 1 in the south is made up of seven stages that form a total of 127 fairly taxing kilometres that will take you through the central mountains and give you a chance to explore an abandoned mining village. The GR2 trail in the far north of the country covers nearly ninety kilometres of forests and rivers. If using your feet sounds less than appealing, you’ll also find plenty of excellent mountain bike trails.

Talk to you local personal travel mananger about what areas of New Caledonia will best suit your holiday needs.