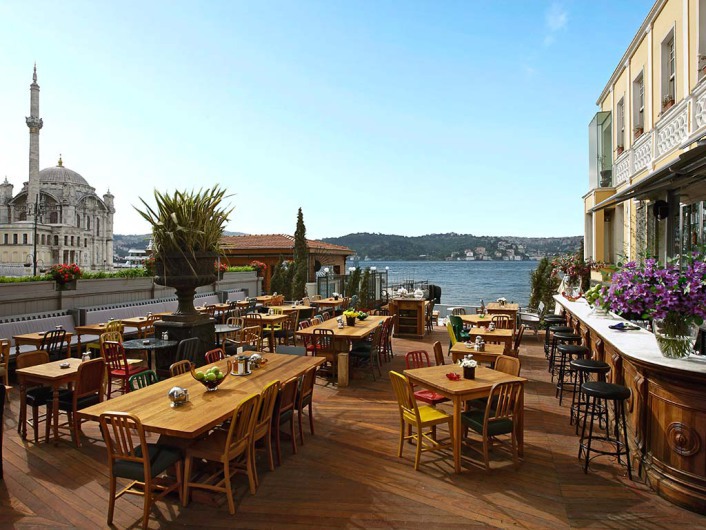 If you’re one of those people who can’t (or won’t) get through their day without coffee, you might worry about finding your fix when you’re travelling. However, given that an estimated 2.25 billion cups of joe are consumed worldwide every day (give or take a few), you’re likely to be in good company wherever you go, especially if you’re prepared to branch out from your usual brew and sample the local speciality. Here’s our guide to coffee drinking around the world.

Whether you’ve spent your day lost amid the retail delights of Istanbul’s Grand Bazaar or walking the ancient ruins of Ephesus, one of the best ways to finish it is with a traditional Turkish coffee, which is considered best enjoyed after a good dinner. It’s made by brewing very finely ground coffee in a special vessel known as cezve and served, with the grounds, in a special small porcelain cup. If you like your coffee sweet, you need to specify when ordering, as the sugar is added during preparation. Add something small and sweet to eat with your coffee and you’ll have your own moment of Turkish delight.

The Vietnamese capital of Hanoi, and its long and varied history has made the city an intoxicating blend of old Vietnam, French colonial and modern. During the lean years after World War II when milk was in short supply, an innovative bartender solved the problem by using whisked egg yolk as a replacement (or so the story goes). The new drink was a hit, and is traditionally enjoyed today sweetened and served in a bowl of warm water – best enjoyed in the street-side, Parisian-inspired café of the iconic Sofitel Legend Metropole hotel where it is said to have originated, watching Hanoi life go by.

What better way to warm up on a chilly a Viennese winter day than with a traditional, cream-based coffee, made by infusing two shots of espresso with whipped cream. This decadent beverage is available in coffee houses all over the city, which form a coffee culture so strong that in 2011 it was awarded “intangible culture heritage” status by UNESCO. Marble-topped tables, piles of newspapers and an unspoken agreement that you are welcome to linger, sometimes for hours, over coffee and sweet delights. Café Frauenhuber is one of the city’s oldest and most auspicious: Beethoven and Mozart both performed here.

When is a coffee not a coffee? When it is also a delicious, creamy, dessert, made by drowning a scoop of vanilla gelato with a shot of hot espresso. The result is a simple treat which can be further enlivened by adding a sprinkle of biscotti crumbs or a splash of liqueur. It’s a fabulous pick-me-up when you’ve spent a busy day sightseeing and can’t decide between gelato and coffee for your afternoon treat – combine the two, find a spot in a sunny square and enjoy the taste of Italy.

The town of Sintra sits nestled into the coastal hills just outside the Portuguese capital of Lisbon, and is famed for its fairy-tale Pena National Palace, the tumbling walls of the Castle of the Moors and assorted other palaces. It’s easily to fill a day exploring the many architectural and historic delights of this town which consistently ranks as one of Portugal’s most desirable places to live, then treat yourself to a unique but delicious, iced blend of coffee and lime juice, which was brought to Portugal from Algeria some time during the nineteenth century.

Wherever you go in the world, you will find people serving and enjoying coffee in different, distinctive ways. Each version is a reflection of the local culture, history and cuisine, and your personal travel manager can design an itinerary that will allow you to sample as many different versions as you can manage.