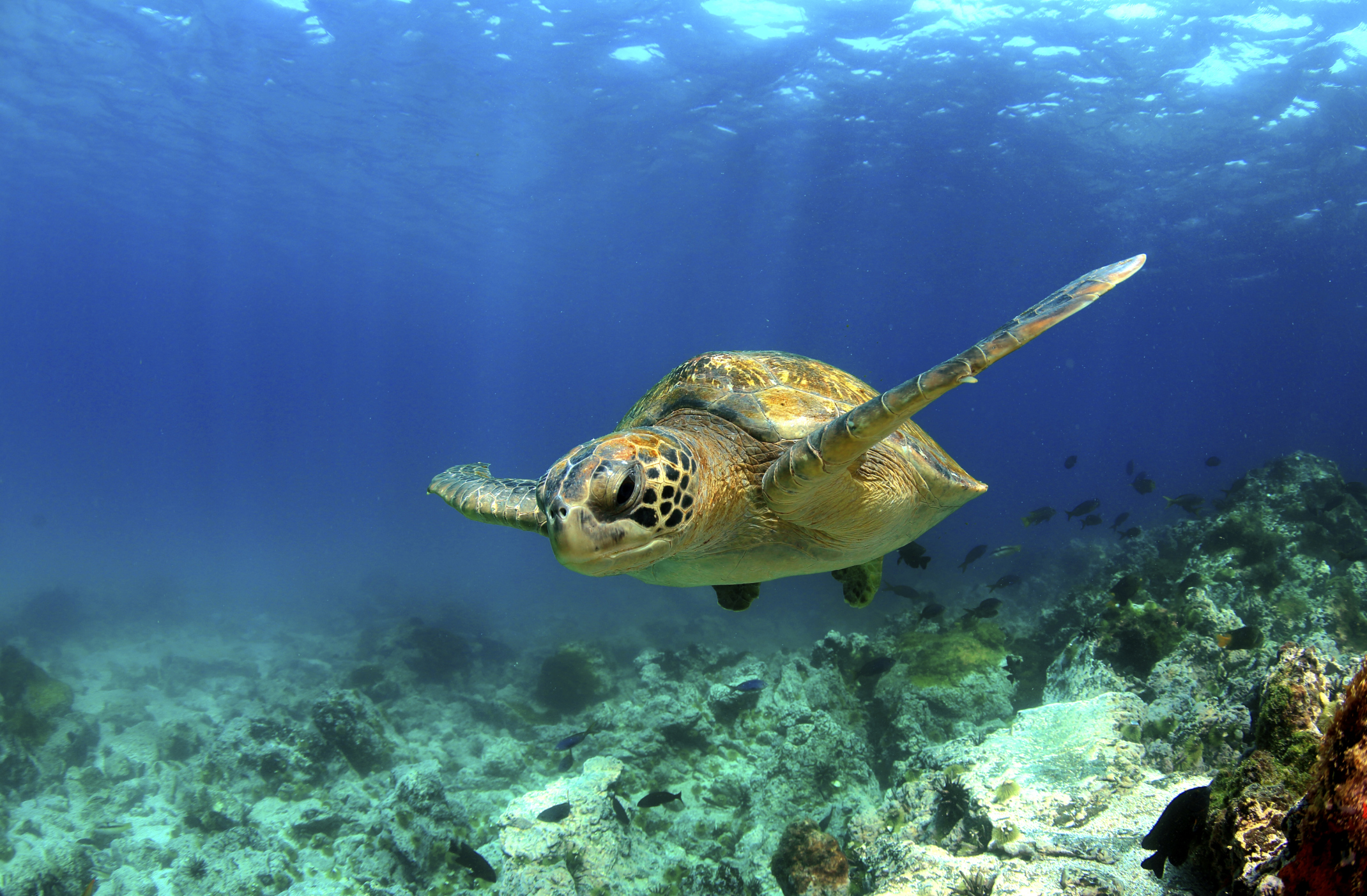 Beginner's Guide to the Cook Islands

The Cook Islands is an authentic and refined Pacific experience – encased in a lifestyle that exudes warmth, happiness and respect. The Cook Islanders are a proud people with a rich culture and a lush tapestry of traditions that entwine with their daily lives. All visitors are welcomed and invited to share in the local customs and culture.

Cook lslanders are believed to be related to New Zealand Maori and the Maohi of the Society lslands in French Polynesia. Historians believe the first wave of Cook lslanders migrated from the Society lslands to the Cooks around 500AD. Later, the land was divided among six tribes, each one headed by a tribal king or high chief (Ariki). Today, every member of Cook lslands society belongs to one of the six family clans.

Spanish Captain Alvaro de Mendana is thought to be the first European to sight the Cook Islands when he sailed by Pukapuka in 1595. British explorer Captain James Cook passed through the region on his expeditions of 1173 and 1777 but the first European did not land in Rarotonga until sometime later when Philip Goodenough of the Cumberland landed there in 1814.

The first missionaries arrived in 1821, when Rev John Williams landed on Aitutaki. Despite the missionary influence, the hierarchy of Ariki remained intact, although European diseases decimated the population. By 1901, all the islands had been annexed by New Zealand and eventually became self-governing in August of 1965. Strong ties remain between the two countries, and all Cook lslanders hold New Zealand citizenship.

The beauty and charm of the Cook Islands is matched only by the friendliness of the people. Among new Island friends, visitors will find the hospitality warm and spontaneous, the music and dancing exuberant, and the mood relaxed.

As all Cook Islanders share a genuine care for others and choose to retain and preserve much of their old ways, their cherished culture lives on. This is openly expressed with song, dance and an easy pace of life, uncomplicated by the turmoil of the outside world.

Although displays of the Cook Islands past are exhibited in local museums, the culture is not confined to their walls, or to restored sites. Polynesian identity can be found in everyday life, in the many art galleries around the island of Rarotonga that exhibit local artists; in the carvings that adorn buildings and homes; in dance and drama and at various events throughout the year, particularly during Te Maeva Nui (Constitution Celebrations). This is a time to renew the warrior’s might and the dancer’s grace – a time when heritage excels.

Christianity plays an important role in the lives of the Cook Islanders and Sunday is a day for celebration, prayer, families and singing. There are several denominations who welcome everyone’s attendance at church services on Saturdays or Sundays. An uplifting highlight of any visit is the joyous sound of a Sunday choir.

The total population of the Cook Islands is approximately 15,000. Some 2000 people live in the northern group of islands and about 5000 on the five southern group islands, with the rest living on Rarotonga.

Embracing coral atolls and rugged volcanic islands, the 15 Cook lslands are scattered over some 2 million sq km of ocean, extending from Penrhyn, 9 degrees south of the equator, to Mangaia, just north of the Tropic of Capricorn. This idyllic island nation is flanked to the west by Tonga and Samoa, and to the east by Tahiti.

The islands contain some of the most beautiful and diverse scenery of any group in the South Pacific, from rugged, bush clad volcanic peaks to white sandy beaches and coral atolls. The islands are split into two groups. The southern group includes the mountainous main island of Rarotonga, the atoll-like Aitutaki – famous for its scenic beauty – and the raised coral atolls of Mangaia, Atiu, Mauke and Mitiaro. The makatea (uplifted coral reef) on these islands hides deep caves and supports extensive native forest. The northern group islands are straight out of a picture book, with turquoise lagoons fringed by white sand beaches and coconut palms.

While tourists are welcomed throughout the Cook Islands (and are even treated as celebrities in some of the smaller islands), the main ones that tourists visit are Rarotonga, Aitutaki, Aitu and Mangaia.

Rarotonga is the vibrant centre of the Cook lslands. Its circular shape is dominated by high mountain peaks, from which lush rain forests cascade to a palm-fringed shore. The island is almost completely encircled by a reef, which harbours a lagoon of clear turquoise water and many inviting white sand beaches. Beyond the reef, the indigo blue of the ocean provides a vivid contrast and a bountiful supply of fish.

Avarua is the main town on the island and the commercial centre of the Cook lslands. During business hours, it has a friendly, bustling atmosphere together with a good selection of shops, banks, cafes and visitor facilities. It is also the main port and host to many cruising yachts.

As the entire island is only 32 kilometres in circumference, getting around is easy. There are two main roads on Rarotonga – you can circle the island on the Ara Tapu coastal sealed road, through the villages and past the beaches; or you can take the older inland road, which winds through fields of taro, pawpaw, bananas and local farmlands.

The motor scooter is a popular, fun way to see the sight but bicycles, cars and jeeps are also available from local rental agencies. Meanwhile the Cook Islands bus service offers a convenient low cost method of transport, operating regular schedules around the island (in both directions). It will pick you up and set you down anywhere on request.

A visit to the Cook lslands is not complete without seeing the beautiful island of Aitutaki. The breathtaking allure of its crystal clear turquoise waters and sparkling white beaches is an essential ingredient in any Cook lslands holiday. Aitutaki is a place of unsurpassed natural beauty and tranquillity, providing a simple tonic to sooth away the pressures of the outside world.

Aitutaki is 220 kilometres north of Rarotonga and less than an hour’s flight away. It is partly volcanic and partly of atoll origin. The spectacular lagoon (45 kilometres around) is abundant with coloured fish of many varieties; its perimeter sprinkled with many small and charming uninhabited islands (or motus).

Day trips from Rarotonga can include an island tour and a [lagoon cruise to visit Tapuaetai (One Foot Island). Lunch is prepared while guests relax, work on their tans, and explore the pristine beaches, go snorkelling, or hand feed the fish – an unforgettable experience.

Air Rarotonga operates regular services to Aitutaki. Most popular are the one day excursions departing from Rarotonga in the morning and returning in the evening which include transfers, airfares, lagoon cruise, snorkelling and lunch.

Air Rarotonga operates regular flights to Atiu, which is 50 minutes by air to the northeast of Rarotonga. It is a small island surrounded by a close reef and shallow lagoon, with numerous secluded white sandy coves and little beaches. Rain forest and crops grow profusely on its raised, fertile volcanic centre.

Atiu is also called Enuamanu (island of birds) and for good reason. On this tiny island visitors will find many different and exotic birds. Perhaps the most well-known is the Kopeka (Atiu swiftlet) which builds its nest deep inside limestone caves and navigates like a bat in total darkness by sonar. Another bird with a reputation is the endangered Kakerori (Rarotonga Flycatcher) which has recently been introduced to predator free Atiu from Rarotonga.

There are many interesting facets to Atiu life and much that will appeal to the visitor. Traditional fibre arts using tapa cloth, (from the bark of trees) has survived here and village women produce wonderful tapa flowers. Tivaivai (a type of patchwork quilting with its vibrant coloured patterns is also a highly valued and a popular creative pastime, as is the carving of traditional drums, bowls and ornaments. And, the Cook lslands’ finest ukuleles originate in Atiu, crafted from local timbers. Above all, visitors should take time out to enjoy the local coffee, which is world class.

Mangaia is an island of incredible, serene beauty – from its rugged coastline to the lush green interior. It is peaceful beyond belief, especially for those accustomed to the constant rush and haste of the world beyond the reef. This is a place where one can trek for miles along the coast, or in the interior and not meet another soul or hear a vehicle.

Geologically, Mangaia is the oldest island in the Cooks Group. One of its most fascinating features is an amazing series of caves that run through the makatea. Teruarere Cave is a seemingly endless series of interconnected chambers adorned with huge stalactites and impressive stalagmites rising from its wet floors.

Market day in the ‘ town centre on Friday mornings provides an excellent opportunity to buy fresh local produce and to check out the ornate craftwork made by skilled Mangaian women. The ‘ei pupu shell necklaces (yellow and white strands of tiny snail shells) are a specialty of the island.

Mangaia is 45 minutes by air from Rarotonga; accommodation is limited but comfortable and it is wise to book ahead. Mangaia is a destination for those who want to get off the beaten track, who love the outdoors, appreciate tranquillity.

Romance and connection require surroundings that relax you, whilst stimulating the memory of who and why you love. The Cook Islands is a haven for romantics young and old. Many visitors in pursuit of romantic endeavours come for weddings, honeymoons, renewal of vows, or to just take time out to be with the one they love.

Couples from all over the world are choosing to get married in the Cook Islands; they feel that escaping to the magic of a tropical island wedding is the ultimate in romance. Each year many couples exchange vows in the islands, creating their own dreams and a partnership to last a lifetime.

It is a matter of personal preference whether the choice is for a traditional ceremony or for something more unique with a local cultural flavour. Perhaps it is a quiet sunset ceremony on a secluded beach, or perhaps the sacred beauty of a whitewashed coral and limestone church. There are many different romantic locations to choose from to say “l do”.

And it is simple to do. Everything can be organised for the lucky couple. Most resorts and wedding specialists have a wedding co-ordinator who will help choose a location and ceremony to suit and a reception to fit all budgets.

The Cook lslands enjoy a pleasantly warm and sunny climate all year round. June to August are the cooler months, whilst November to March marks the warmer season, with occasional tropical showers expected.

The drier months from April to November have an average temperature of about 26C, whilst the warmer, more humid season runs from December to March. During these months the temperature ranges between 22C (min) and 29C (max).

You can fly direct to Raratonga from Sydneyt as well as via Auckland from other major cities. Ask your personal travel manager for more information on all the available options.

Languages: Official language is Cook Islands Maori, however everyone also speaks English
Local Time: GMT – 10
Currency: The Cook lslands unit of currency is the New Zealand dollar, supplemented by notes and coinage minted for local use. The unique local coins and notes are not negotiable outside the Cook Islands, but are keenly sought by collectors worldwide.
Voltage: The voltage in the Cook Islands is the same as Australia, 220V and 50 Hz.
Driving: Drivers of all vehicles are required to have a current Cook lslands Drivers Licence, which can be obtained from the Police Station in Avarua at a cost of NZ$10 on presentation of a current license. For a scooter licence there is an additional charge of NZ$5 for the compulsory practical test.

Find out more from your local, personal travel manager.