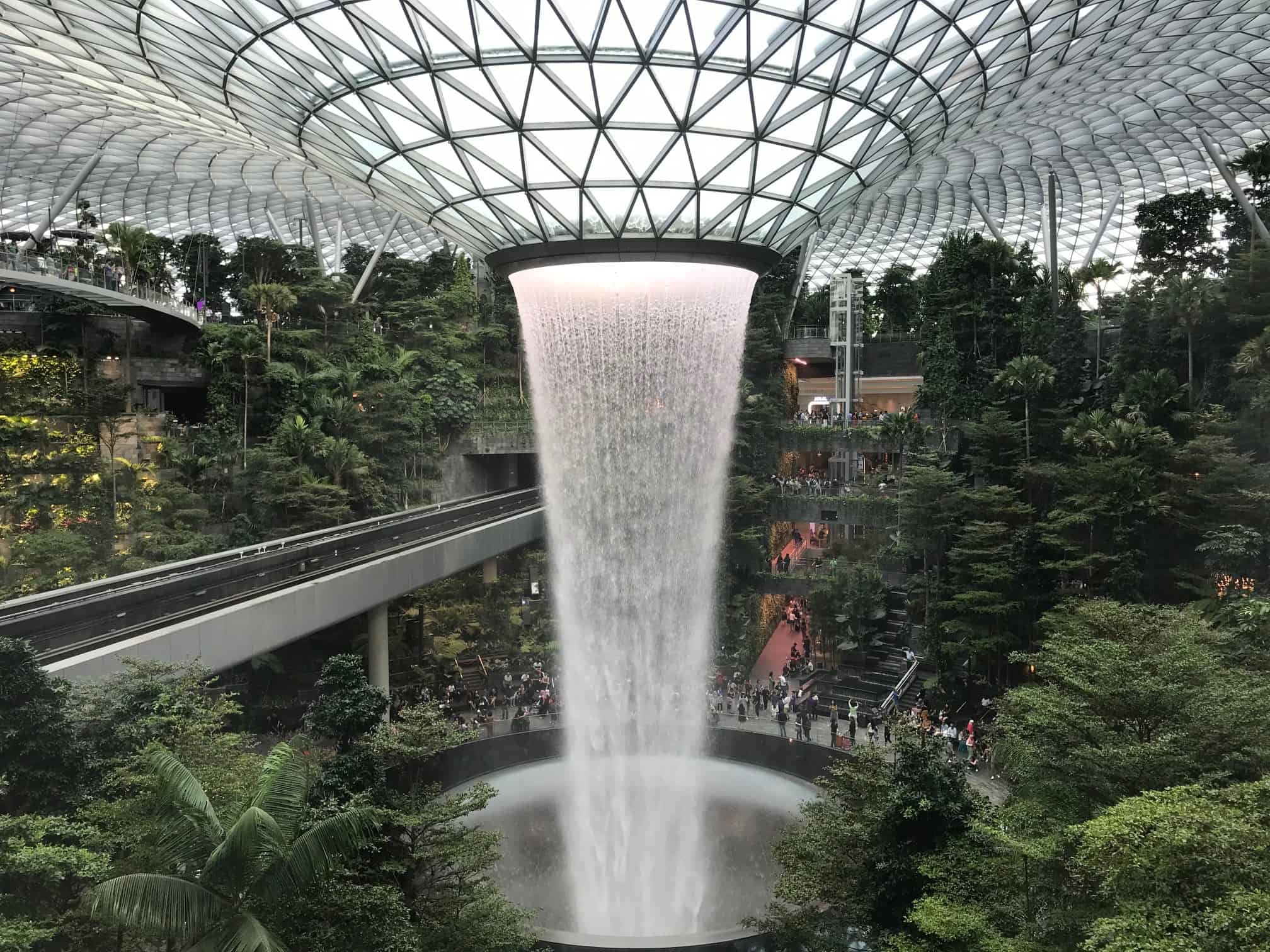 Five of the World's Most Amazing Airports

Is it time to stop thinking of a stopover as a necessary evil  on your long-haul flight itinerary, but rather, as an opportunity to add some colour and interest to the journey? From indoor waterfalls to royal processions, these are a few of our favourite ways to pass time in the terminal.

Amsterdam’s Rijksmuseum houses a collection of more than a million pieces of art and history, with around 8,000 on display at any one time. Many of the great masters such as Rembrandt and Vermeer are on display here, but if you don’t have the time or inclination for the full experience, there a small gallery at the city’s Schiphol airport, in the leisure zone between Terminals Two and Three, where ten artworks at a time are on display around the clock, free of charge.

Singapore’s Changi Airport has a reputation as one of the best in the world, with tranquil garden spaces, a rooftop swimming pool and impressive shopping precincts. The adjacent Jewel Changi is a vast, newly-opened entertainment and retail complex. Inside you’ll find the world’s tallest indoor waterfall tumbling from a sculptural glass ceiling, and a five-storey indoor tropical forest. There are also mazes, children’s play areas and more shopping and dining areas, so you could easily be entertained for hours (if not days). However, if you prefer to venture beyond the airport confines and have at least 5 ½ hours to spare on the ground, you can join one of their free guided city bus tours.

It’s no secret that a visit to one of Munich’s famous beer gardens is an unmissable component of any holiday in southern Germany. But you may not know that Munich Airport is home to the world’s first airport brewery, the Airbräu, where you can enjoy traditional, home-brewed Bavarian beer and local specialities such as roast pork and dumplings. Live entertainment is essential to the authentic beer garden experience: at the Airbräu, this could mean anything from traditional folk bands to comedy acts.

Get Cultural in Korea

Seoul’s Incheon Airport has plenty of high-tech entertainment, from media walls to art installations that effortlessly combine art and technology. However, the airport also showcases traditional Korean culture, with masked dance performances, mini classical concerts and displays of historic Korean artefacts. Elaborately-costumed kings and queens from the five-century-long Joseon Dynasty parade through the terminal three times a day. You can even try out traditional Korean crafts, musical instruments and costumes at one of five Korea Traditional Culture Experience Centres at various locations throughout the airport’s two terminals.

Dubai’s airport caters to all the family, with health clubs and spa facilities for the parents and an incredible family zone in Terminal 3 for the kids. As well as great kid-friendly dining options such as the Nutella Café, there’s a park area with comfortable seating so parents can relax while kids enjoy the free playground. Choose whether to tire them out by turning them loose in the BOUNCE trampoline park or resort to bribery with a visit to the giant Candylicious candy store.

Airports around the world are constantly upping their game when it comes to elevating their terminals from transit zones to destinations in their own right. Ask your personal travel manager about their favourite spot for a stopover?