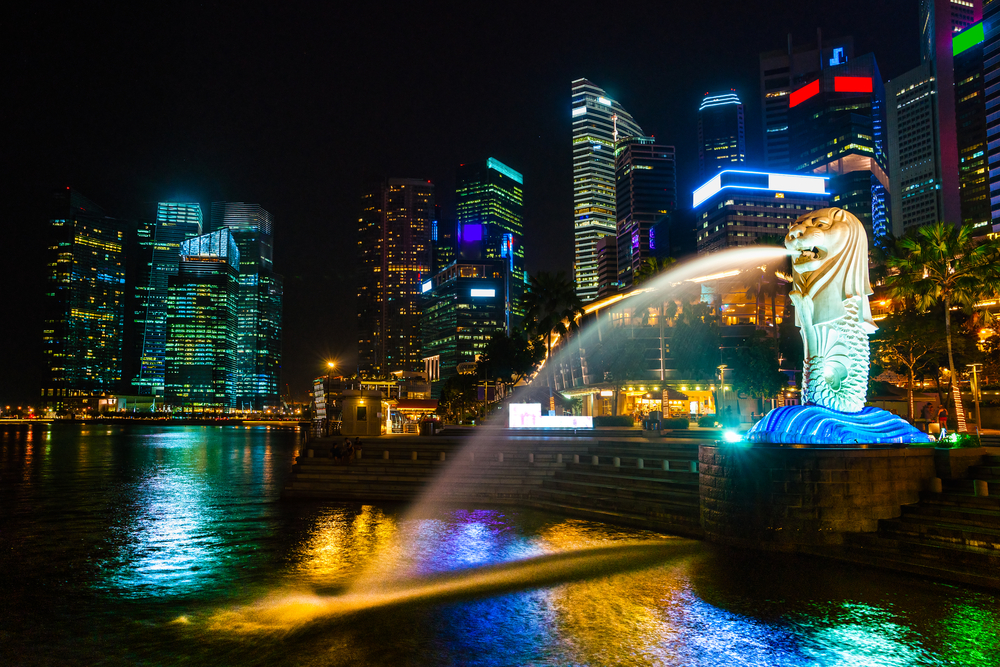 If you have limited time you will want to squeeze in as much quintessential Singapore as possible! Happily, its geographically-compact size and excellent transport infrastructure mean that your main challenge will be one of stamina.

As you approach Singapore’s central business district, your eye will automatically be drawn to two structures that simply defy belief. Even in a city that seems to run on the notion that “if you can imagine it, we can build it”, these go above and beyond the imagination of mere mortals. Gardens by the Bay could be described prosaically as a nature park of three gardens that cover a total of 101 acres of reclaimed waterfront, but the reality is so much more. The largest of the three gardens, the Bay South Garden, comprises two vast temperature-controlled conservatories: the Flower Dome is a mild, dry zone featuring plants from semi-arid regions while the Cloud Forest replicates the cool, moist conditions and flora of a tropical mountain region. This garden is also home to the Supertree Grove, a collection of twelve futuristic treelike structures, the tallest of which stands sixteen storeys high.

Measuring roughly 50 kilometres across and 27 kilometres across, Singapore is slightly smaller than ACT and its relatively small size means you’re never far from a green space. The Singapore Botanic Gardens are roughly six kilometres from downtown, with attractions that include the National Orchid Garden, the Ginger Garden and the Jacob Ballas Children’s Garden.

The Gardens were designated a UNESCO World Heritage Site in 2015 and receive approximately 4.5 million visitors each year, but they’re open between 5am and 12am every day of the year and cover 82 acres in total, so you shouldn’t find it too difficult to find a quiet corner if you need a break from the bustle of the city.

Bright Lights of the City

If nature fails to ignite your enthusiasm, the Marina Bay Sands complex surely will. Resembling, among other things, a giant cricket wicket, this vast complex of hotel, casino, bars and restaurants, theatres and shopping cost an estimated $8 billion to complete. To sip a cocktail in the bar overlooking the infinity edge swimming pool, 57 storeys above the city, is an absolute must-do Singapore experience.

With or without kids, a trip to Sentosa would easily fill more than a day. This small island is connected to the main island by a bridge which can be crossed on foot, by car, train or even by overhead cable car. Once you’re there, the main difficulty will be choosing how best to spend your time. As well as beaches, golf course and hotels, you can ride the slides at the Adventure Cove Waterpark, zipline above the jungle canopy at Mega Adventure Park or visit the 100,000+ marine animals that call the S.E.A Aquarium home. There’s so much on offer at Sentosa, it’s no wonder that so many Singapore residents choose to holiday here instead of leaving town.

All that activity is bound to work up an appetite, and if you’re a foodie, you’re going to love Singapore. Because of its location at the southern tip of Malaysia, Singapore has had a colourful and at times dramatic history; its role as a Southeast Asian crossroads has resulted in a veritable melting pot of cultures including Malay, Chinese, British, Indian and Indonesian, and all that diversity translates into some pretty amazing cuisine. If you’ve only got 24 hours to try it all, the Singapore Chilli Crab, Hokkien Prawn Mee and Chicken Rice are all pretty great places to start.

Spending a day or two is not nearly long enough to experience even a fraction of what Singapore has to offer. Not to worry: your personal travel manager will be happy to help you start planning a longer visit next time.