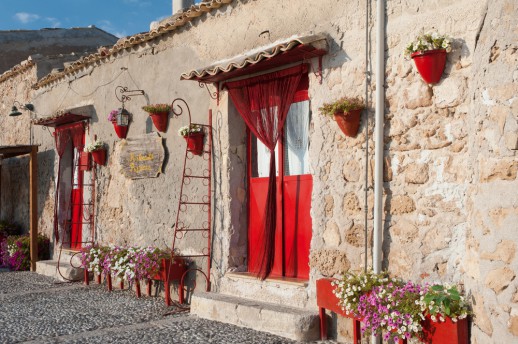 Italy is a land of beauty and contrast: separated from the rest of Europe by the Italian Alps. A second chain of mountains forms its central spine and stretches to the sapphire waters of the Mediterranean, with a coastline punctuated by a generous scattering of islands. A small group tour is a fantastic way to explore this fascinating country, allowing you to delve deeply into the culture, cuisine, history and landscape that makes each region distinct and unique.

From the beehive-shaped trulli cottages of Alberobello to the stone sassi cave houses of Matera; from a medieval castle in the foothills of the Dolomites to an eighteenth-century Venetian villa, Italy offers a wealth of memorable places in which to lie your head. Longer stays in a variety of unique, authentic and occasionally quirky hotels mean you can experience a destination in more detail, with plenty of time free to explore at your own pace.

Venice’s Grand Canal and St Mark’s Square; Florence’s artworks and statues; the towers of San Gimignano and the frescoes of Assisi: wherever you go, you’ll find centuries of history in Italy’s stone walls and cobbled streets. Walk the walls of Lucca which have protected the city since medieval times, visit the thermal baths of Montecatini Terme where royals once took the healing waters, and venture through the haunting ruins of the ancient city of Pompeii.

The island of Ischia is located just a one-hour ferry journey from the southern city of Naples: a volcanic remnant with stunning beaches, thermal springs and historic sites, it’s larger but less well known than nearby Capri, but equally alluring. It’s just one of Italy’s many stunning islands – there’s also the caves, cliffs and Bronze Age ruins of Sardinia, the cove-studded coastline and star power of Capri, and the active volcanic peaks and Roman ruins of Sicily.

The Amalfi coast near Naples is famed for its dramatic cliffside setting, terraced lemon groves and glorious views, while the Cinque Terre’s five villages have a similar flair for the dramatic in Italy’s north. Apulia forms the heel of Italy’s boot and is surrounded by sea on three sides, with a coastline peppered with stunning beaches, hidden caves and towns like Polignano a Mare – set on cliffs that fall away into the Adriatic Sea, it’s renowned for some of the country’s most delicious gelato.

Five major lakes together comprise the Italian lakes district, a spectacular region of northern Italy which is fed by the glacial waters of the Alps at whose feet they sit. Como, Maggiore and their three smaller sisters are today known as favourite haunts of the Hollywood glitterati, but the beautiful gardens, mild climate, glittering waters and charming mountain villages have been delighting visitors for centuries.

Your personal travel manager can help you choose from a wide range of small-group itineraries, delivering the best of Italy from top to toe.