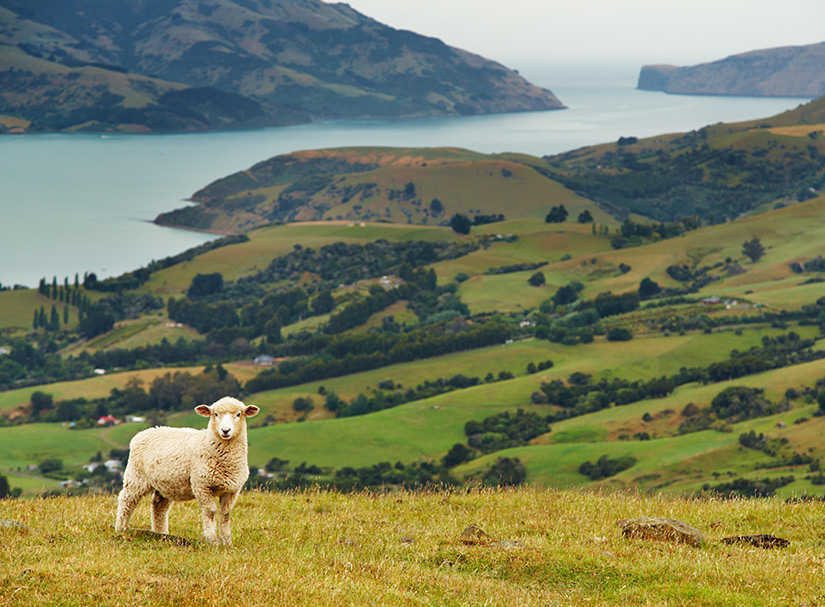 You’re probably well accustomed to seeing images of stunning New Zealand scenery, much of which looks like it can only have come from a film set. If you’re a big fan of the outdoors, New Zealand can offer you both variety of landscape and diversity of species, and all within an area that’s not much bigger than the state of Victoria. Here’s a rundown of our favourite New Zealand wildlife encounters: a Kiwi Big Five.

New Zealand’s national bird and emblem, the Kiwi is so much a part of New Zealand’s identity that they’ve named themselves (and their favourite fruit) after it. This flightless, elusive, nocturnal bird is basically a rugby ball covered with brown feathers, with a long beak at one end and thick, stumpy legs beneath. Because it’s nocturnal, it’s pretty difficult to spot in the wild, but if you’re heading to Waitomo, a couple of hours south of Auckland, to see the glow worm caves, it’s worth making a stop in nearby Otorohanga to visit the Otorohanga Kiwi House. Here you’ll find not just three different Kiwi species but also many more of New Zealand’s rarest and most beloved birds, plus tuatara, which are basically the last surviving example of a reptile species that otherwise died out 60 million years ago.

If you’re going to be in the South Island be sure to spend at least a day in Dunedin. Inhabitants of this coastal city are proud of the city’s Scottish heritage, its university (New Zealand’s oldest), its beer (the Speight’s brewery has operated since 1876) and its wildlife, in particular the Royal Albatross colony and the Yellow-Eyed Penguin colony. Both are located on the picturesque Otago Peninsula and offer a chance to see both species in their natural habitat. The sight of a lone penguin gamely making its way across the beach to its nesting site while dusk falls is one you’ll never forget.

There are few places in the world better suited to viewing marine mammals in the wild than Kaikoura, on the east coast of the South Island. Here, due to a happy combination of geological features, you can watch New Zealand fur seals basking on the rocky shoreline or playing in the kelp-filled swells, or head out on a boat to search for pods of Dusky dolphins and sperm whales. If you’re prepared to brave the chilly water, you can even swim with dolphins and/or seals. Once back on dry land, be sure to treat yourself to some fresh local crayfish, the koura which gives the town its name.

We’d be remiss if we didn’t include the humble sheep in our Big Five. You can’t go far in New Zealand without spotting a sheep, but if you’re in Queenstown (pretty much a compulsory stop on any visit to New Zealand), we highly recommend a cruise on the historic steamship, the TSS Earnslaw. You’ll cruise across stunning Lake Wakatipu, hemmed in by some of the most beautiful mountain scenery you’ll find anywhere in the world., to historic Walter Peak Station. Here you’ll be treated to a demonstration of the incredible partnership that exists between man and sheepdog, as between them they manipulate a mob of sheep to do their bidding, followed by a shearing demonstration and the chance to soak up the amazing setting.

The New Zealand “bush” is something very different to what we know in Australia. Lush, cool, filled with every shade of green; you can feel the effect of that clean, slightly damp, oxygen-rich air on your skin. Take a quiet walk through any patch of bush in New Zealand and it’s only a matter of time before you encounter some native birdlife. The inquisitively cheeky fantail (piwakawaka) will happily cheep as it follows you along the track, the tui will yodel a song for you from high up in the canopy, and the distinctive wingbeat of a wood pigeon (kereru) will startle you as it seemingly dive-bombs in an attempt to fly its plump body to a new feeding site.

Talk to your personal travel manager about designing an itinerary that allows you to take in as many of The NZ Big Five as possible.