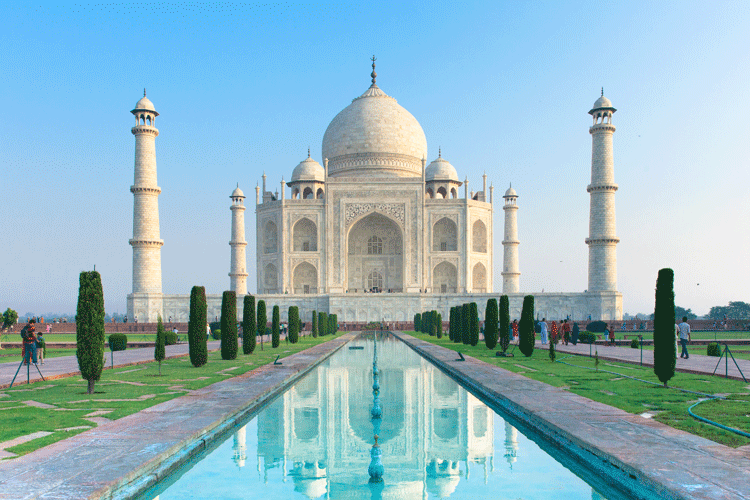 Northern India is a region of varied landscapes and amazing wildlife, ancient forts and opulent palaces, bustling bazaars and tranquil animal sanctuaries. From the thrill of seeing tigers in the wild to the magic of watching the rising sun illuminate the Taj Mahal, these are some of the most amazing experiences and places to visit in northern India.

The cooler, winter months of October to March are the best time to visit, when daytime temperatures average about 25 degrees and the weather is settled. If you do visit northern India during the hotter summer months, be sure to drink plenty of water and avoid spending long periods in the sun during the hottest part of the day. 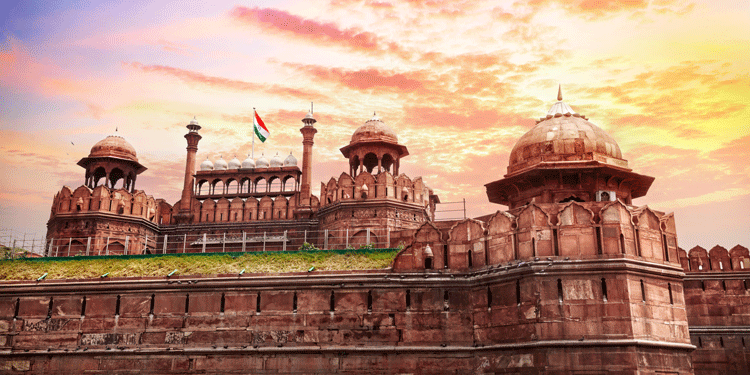 India’s capital city has a population of more than 16 million and has been continuously inhabited for more than 2,500 years. Divided into Old Delhi (Shahjahanabad) and New Delhi, it’s easy to lose yourself amid the city’s excitement and grandeur.

This was the main residence of the Emperors of the Mughal Dynasty for nearly 200 years, before it was taken over by the British in the mid-nineteenth century. An hour-long sound and light show takes place every evening, and it’s an enchanting way to be transported back into history.

India’s largest and most impressive mosque was built in the seventeenth century and features two striking 40-metre minarets of red sandstone and white marble and a vast courtyard which can accommodate 25,000 people.

Shop until you drop in Old Delhi’s oldest marketplace, which also happens to be one of the busiest markets in the world. It is conveniently located near the Red Fort and Jama Masjid so you can easily combine visits to all three. Make sure to brush up on your bargaining skills –  it’s a great place to haggle on intricate jewellery and colourful fabrics.

Set on the bank of the Yamuna River, this black marble platform, which has an eternal flame burning at one end, marks the place where India’s ‘Father of the Nation’, Mahatma Gandhi, was cremated in 1948. 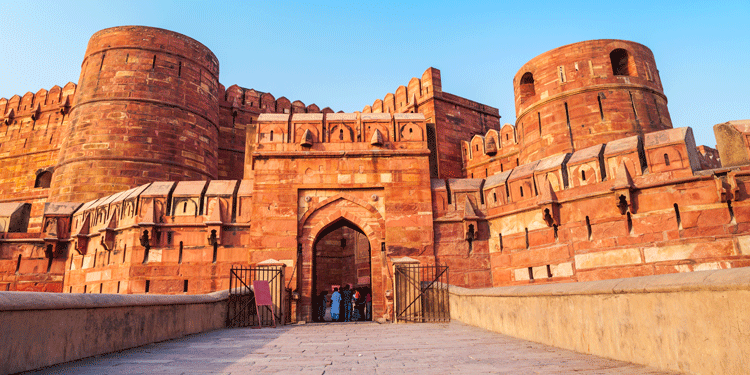 Located a little more than 200 kilometres south of Delhi on the banks of the Yamuna River, Agra is best known for its grand and beautiful Mughal-era buildings.

This iconic building was constructed from white marble in the 17th century by the ruling emperor as a mausoleum for the tomb of his favourite wife. It is considered a masterpiece of Mughal architecture and an enduring symbol of love. We recommend visiting at either sunrise or sunset to see it at its most impressive.

This red sandstone citadel is actually a maze of buildings that form a kind of city within a city. It also offers great views of the Taj Mahal on the opposite side of the river.

Explore the tangle of narrow lanes to find a wide variety of wares, from spices and saris to clothes and crafts. A walking tour is a great way to absorb its colour and atmosphere and visit some of its less well-known attractions. 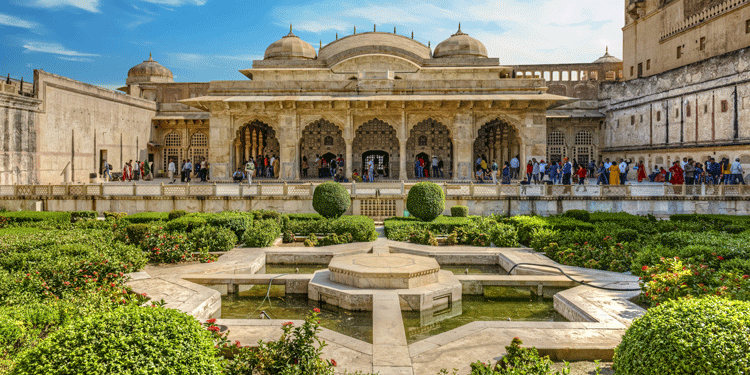 As you travel west from Agra, you’ll notice the landscape change as you enter the state of Rajasthan. Jaipur is the main gateway to this region and is known as the Pink City for the distinctive colour of the buildings in its historic Old City.

Also known as Tiger Fort, this is one of the best places to visit for spectacular views across the city, especially at sunset, thanks to its setting high on the hills above.

One of Jaipur’s most famous sites, the fort lies about half an hour outside the city. This extensive palace complex, constructed from yellow and pink sandstone, occupies a spectacular hilltop location overlooking the tranquil waters of Maota Lake. Its interior is a series of palaces, halls, gardens and courtyards, each elaborately decorated with silverwork, mirror mosaic and marble inlay.

The city’s markets are renowned as a great place to buy gemstones, silver jewellery, blue pottery and textiles. A guided walking tour is a great way to ensure you see all that’s on offer, watching local artisans and visiting ancient temples and even a traditional Ayurvedic hospital. 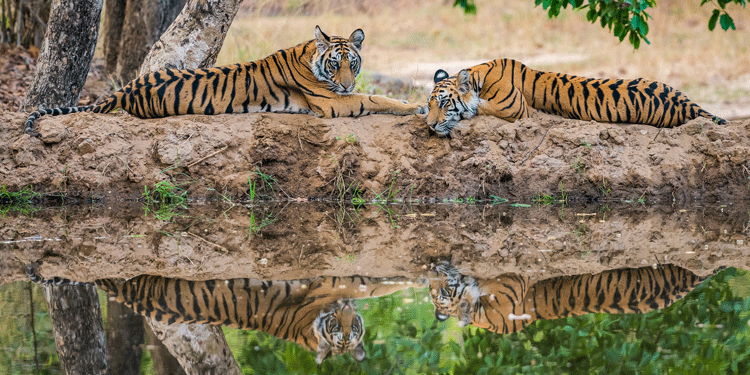 Ranthambore National Park is one of the best places in northern India to see the native Royal Bengal tiger. It is a delight for wildlife lovers and photography enthusiasts. As well as its resident superstars, the park is also home to leopard, boar, striped hyena, sloth bear and several species of deer.

Go on a safari drive through the park, accompanied by expert guides who are adept at spotting even its most well-camouflaged residents. There are two tours each day (morning and afternoon), and the guides, who are on a first-name basis with the tigers, will delight in keeping you informed of the quirks and characteristics of each species you encounter.

The ruins of this vast, tenth-century fort sit on a hilltop, overlooking the park. Along with five other forts in the Rajasthan province, the fort holds UNESCO World Heritage status, thanks in part to its three stone temples devoted to three of the best known and most worshipped Hindu gods.

If you’re captivated by these enchanting places to visit in northern India, consider joining an escorted tour – your personal travel manager can recommend the best options to suit you.