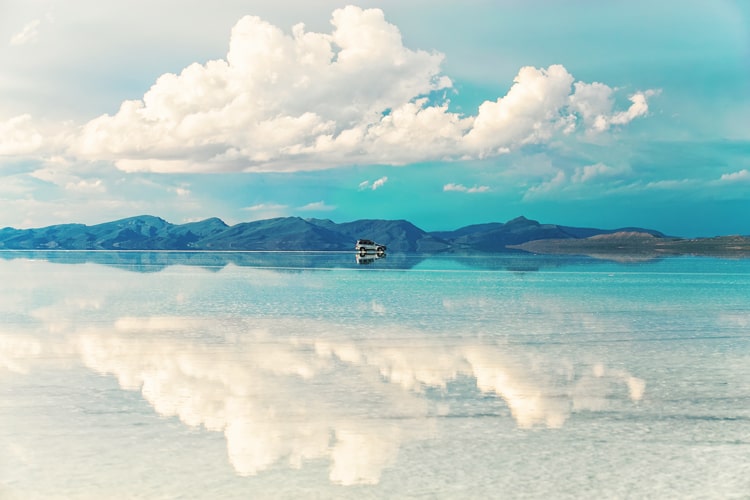 Spectacular salt flats of the world

If you’re looking for some adventure on your next holiday, but feel as though you’ve ‘been there, done that’ when it comes to the desert, then why not get out there and explore one of the vast salt flats scattered around the world? There’s a lot more to discover at these destinations than meets the eye, with amazing photographic opportunities, car racing, and mini-safaris just a few of the activities on offer. See your personal travel manager to arrange a tour of any of the top spots below, or for further suggestions.

The Bolivian salt flats are the biggest in the world and also one of the most stunning, surreal natural landscapes in the globe. Covering a vast area of more than 12,000 square kilometres, the Uyuni flats are the source of an incredible 50-70% of the entire world’s supply of precious metals. The idea time to truly experience the magic of the Uyuni flats is just after a little rainfall, when a thin film of water forms over the salt pans, creating the impression of the ground itself being an enormous mirror. You’ll have some great fun with your camera here, with the reflection of the clouds creating the impression of floating through the air, and on a clear day, you’ll look as though you’re walking on water. 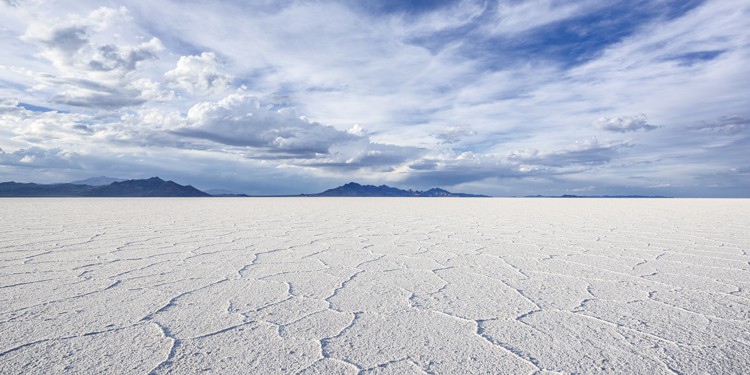 Although far from the world’s largest – the Uyuni flats are 100 times bigger – a visit to the Bonneville Salt Flats is a fun experience nonetheless. Speed races regularly take place on the pans, with every cars and motorbikes tearing across the plains at breakneck pace. This is racing with a difference, with the only opponent being the clock. Over the last few decades, many world records have been set and broken at Bonneville, so there’s a good chance you’ll witness history in the making. There are various races that take place throughout the year, but for a true spectacle, coincide your visit with the annual World of Speed, which in 2013 will be held from 7-10 September. At the World of Speed, anything goes – there have even been attempts at the bar stool land record, something that has to be seen to be believed!

Salt pans aren’t usually the first thing that come to mind when thinking of Botswana, with the country’s famous African wildlife and adventurous safaris springing first to mind. But the Makgadikgadi Pan is a fantastic side trip on any visit to the country, being all that remains of the former Lake Makgadikgadi, and now one of the largest salt plains in the world. There’s every chance you’ll experience a mini-safari in itself on a visit to the Makgadikgadi Pan, as it is home to one of the biggest zebra populations in Africa, and the spectacular pink flamingo. The Makgadikgadi Pan is a great option for those who like adventure travel, with much of the surrounding area remaining largely undeveloped. However, there are a variety of tours available, either to explore the vast emptiness of the salt pans themselves or combined with a game viewing drive. 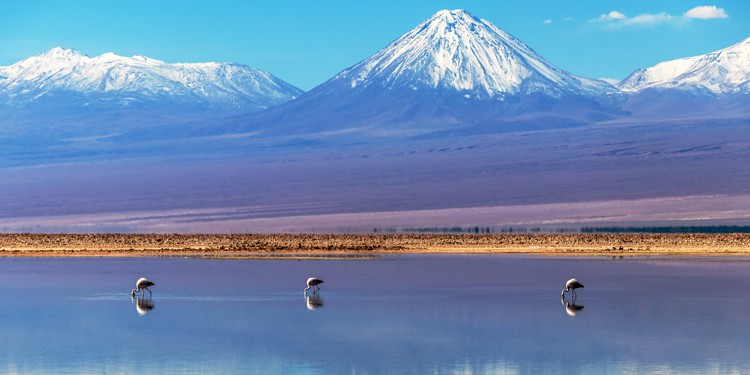 The Atacama Salt Flat is the largest in Chile, and the second largest in the world, behind the vast Uyuni plain in Bolivia. The salt flat is best explored as part of a broader Atacama experience, situated right alongside the famous Atacama Desert. Unlike other salt flats, most of the salt here is not a white colour, but instead is a rough grey, blending with the desert surroundings nearby to create an almost space-age panorama. One of the highlights of a visit to the Atacama Salt Flat is the unexpected sight of flamingos wandering through the various shallow ponds of water that form in the mini-craters of the plains.

Lake Eyre, in the remote reaches of South Australia, is an extremely vast, virtually featureless area, with a large nothingness stretching as far as the eye can see. Yet herein lies its appeal, especially for those with an interest in photography. The very nature of Lake Eyre allows for stunning natural sights at various times of the day, that seem like impossible works of art. The reflection of the movement of the sun creates stunning colours, with the horizon often visible only as a perfectly straight dividing line. Although the world’s largest saltwater lake, Lake Eyre is in fact almost completely dry most of the time, and is another popular destination for land speed record attempts.

To plan your next off-the-beaten-track holiday, contact one of our personal travel managers.