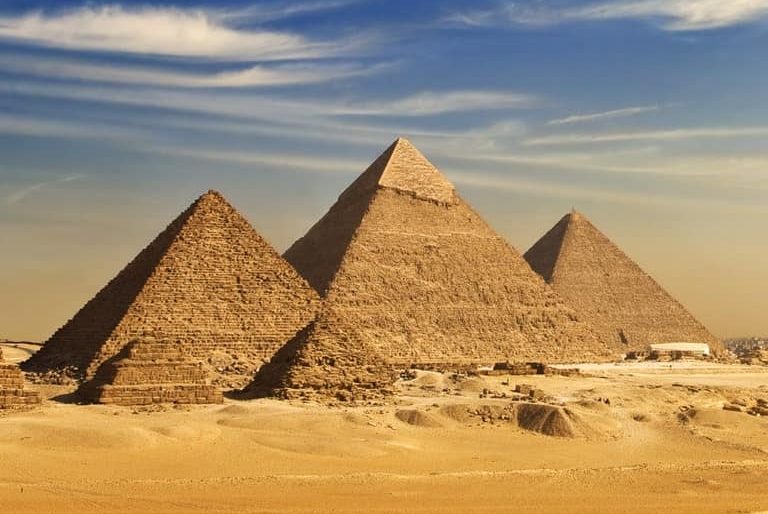 The Treasures of Egypt

Egypt, Land of the Pharaohs, is filled with iconic monuments, exotic landscapes and rich history. From the pyramids of Giza to the tombs of Luxor, every day you’ll experience more of this fascinating country’s ancient wonders, which form a fascinating counterpoint to the bustle of modern Egyptian life. These are a few of the dazzling highlights you can expect from a tour of Egypt’s many treasures.

A visit to Cairo’s magnificent Egyptian Museum of Antiquities is a must. One of the world’s greatest museums, you could lose yourself for days in its 107 halls, which are home to more than 120,000 objects including the famed boy-king Tutankhamun’s golden mask, jewellery and chariots. Across the Nile from Cairo, you’ll find the neighbouring city of Giza, home to the most iconic and instantly recognisable of Egypt’s great monuments. Take a walk around the site, have your photo taken in front of the Sphinx and meet a camel while you try to grasp the sheer scale of these incredible monuments.

A little further upstream from Giza, the once-great former capital of Memphis stands in ruins. Although little of the city remains today, it’s still worth a visit to marvel at the many temples that have been uncovered, along with a vast statue of Egypt’s greatest ruler, Ramses II. Nearby Sakkara is best known as the site of the Step Pyramid of Djoser I, which although roughly half the height of the Great Pyramid, is nonetheless very impressive as the oldest known of Egypt’s 97 pyramids.

The southern (or upstream) region of Egypt is known as Upper Egypt, and its centrepiece is undoubtedly Luxor, which has been described as the world’s greatest open-air museum. As well as the mighty Luxor and Karnak Temples which are located within the city itself, across the river you’ll find the astonishing Valley of the Kings and Valley of the Queens.

The wonders of ancient and modern Egypt come together when you reach the High Dam of Aswan. Built in the 1960s, this massive feat of engineering was considered something of a miracle when it was built and contains 18 times the amount of material that was used to construct the Great Pyramid of Cheops. Soak up the stunning views of the Nile from the vast pink limestone mausoleum of Aga Khan III, and spend the afternoon sailing around Kitchener’s Island on a traditional felucca.

Discover the treasures of Egypt, on and off the water, for yourself – ask your personal travel manager for ideas and recommendations.