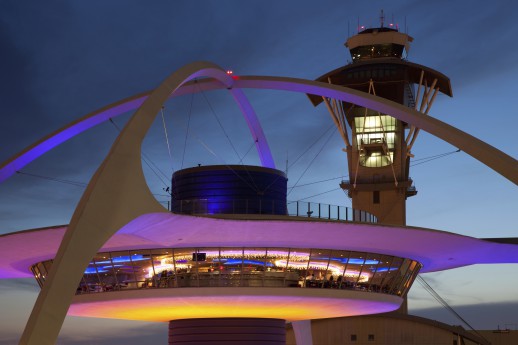 The dismal choice between a plastic wrapped sandwich or a muesli bar stashed in your handbag while suffering through a layover or a delayed flight can put a dent in anyone’s holiday. Airport food has copped quite a bit of criticism over the years for being, well, terrible.

The good news is that airport cuisine has come leaps and bounds from the early days of dodgy dinners. That’s why we have compiled a list of our top five airport restaurants around the world.

If this list makes you hungry for travel, don’t forget to contact one of our personal travel managers to plan your next adventure.

If you’re looking for a unique meal in the world’s busiest airport, look no further than One Flew South, melding Southern cuisine with Asian influences to create an inspired ‘Southernational’ offering. Sample pulled-duck sandwiches, sashimi or dragon rolls and wash it all down with a signature cocktail. Whether you eat in or take away, don’t forget to marvel at the forest photomural and native pine furniture and architecture, all inspired by the Georgian state.

Inspired by his recent TV series, Heston Blumenthal’s latest offering promises ‘fantastic food…fast.’ Embrace the local British cuisine and tuck into classic comfort food including fish and chips, a full English breakfast and wood fired pizza. Top the experience off with a sundae from the nitrogen ice-cream parlour.

While in transit, be sure to indulge in one of his signature dishes – duck tongues in Chinese liquor, chicken leg tendons in sesame oil or hand made chilli sauce.

Although not the fanciest of dining options, Pink’s is an American culinary institution that is not to be missed. Avoid the lines at the original Hollywood location and chow down on California’s number one hot dog at LAX.

Our recommendations include the Lord of the “RINGS” dog, Mulholland Dog and the Martha Stewart Dog.

Celebrated as Europe’s only airport restaurant with an onsite brewery, Airbrau Brauhaus boasts traditional German beer and cuisine. Enjoy a stein of Hoffbrau brew with a plate of pork knuckle or Bavarian style sausage, and finish off with hazelnut mousse.

If you have a particularly long delay, the restaurant offers brewery tours as well as live music and entertainment.

Talk to your local, personal travel manager about planning your next overseas adventure http://www.travelmanagers.com.au/ptm-search/