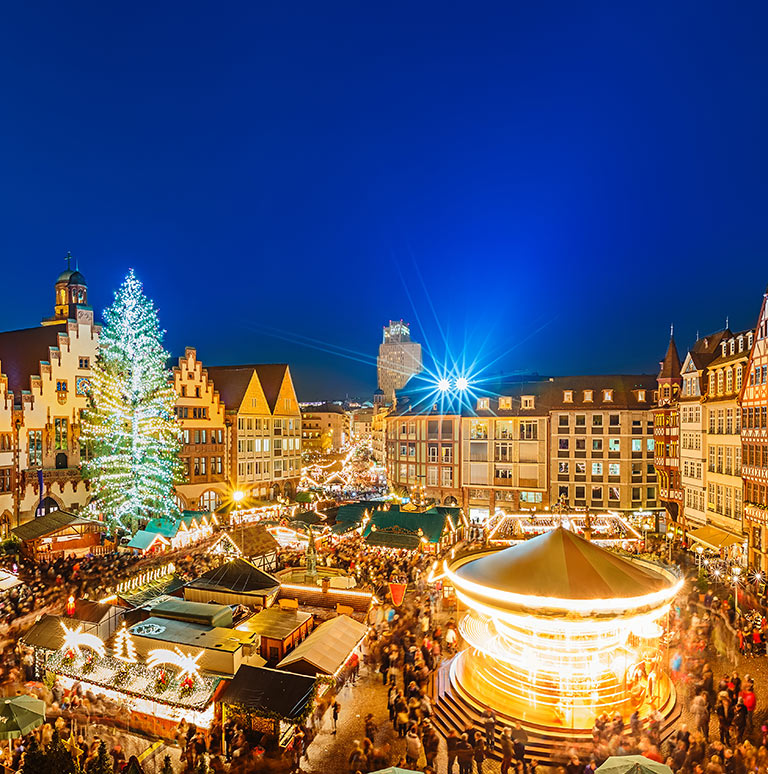 Christmas Traditions Around the World

For many people, one of the key reasons to travel is a desire to experience other cultures: to forget one’s own national identity for a little while and live like a local. We shop at local markets, sample local cuisine and if we’re lucky, we may get to experience a local festival. And in many countries, there’s no bigger festival than Christmas. We’ve put together a selection of some of our favourite Christmas traditions from around the world – they may be all the temptation you need to start planning your own Christmas escape.

Technically, Americans celebrate Christmas on 25th December, just like us. But the holiday season actually gets under way well before this, on the first Thursday in November, with Thanksgiving. There’s also the Jewish festival of Hanukkah which takes place some time between late November and late December each year. In all, it’s a month long celebration: we suggest you aim for New York in time for the Macy’s Thanksgiving Day Parade, sticking around for some serious holiday season shopping and join the crowds who visit the Rockefeller Center Christmas Tree: traditionally a 100-foot tall Norwegian spruce which is lit up in late November. While you’re in the neighbourhood, test your ice-skating skills at the Rockefeller’s iconic outdoor skating rink, and take in the live musical stage show at Radio City Music Hall.

In Europe you’ll find more Christmas traditions than you can shake a yule log at, with each country having its own unique way of celebrating. In many countries, Christmas is celebrated largely on Christmas Eve, with Christmas Day itself having more of that Boxing Day feel. Probably the biggest lure of spending Christmas in Europe, besides its proximity to Santa’s home, is the amazing selection of food on offer. Germans will serve you roasted goose or duck, in Denmark you’ll finish your meal with a creamy, cold rice pudding served with hot cherry sauce, and in Romania you’ll be treated to various porky treats, washed down with țuică, a potent fruit brandy. French families traditionally eat their Christmas meal, including oysters, salmon and a chocolate log, after midnight mass on Christmas Eve, while in Britain, it’s still the traditional roast turkey and Brussels sprouts, finishing up just in time for Her Majesty’s Royal Christmas message.

But the true European Christmas experience comes from wandering through the twinkling lights of the Christmas market: Zagreb in Croatia is one of the rising stars, while Strasbourg’s Christkindelsmärik has been running since 1570. It’s about feeling cold, clean air on your face as the snowflakes start to fall, and smelling roasting chestnuts and mulled wine; about braving the hordes of shoppers to enjoy the Christmas lights on London’s Oxford Street. Just being in Europe at Christmas time will have you firmly in the festive spirit.

Whilst Christmas is not traditionally celebrated in Japan, you won’t miss out entirely, with many businesses and towns getting into the spirit with ‘illuminations’: vast and extravagant light displays that draw millions of visitors between November and February. Hop on the Shinkansen (bullet train) from Tokyo for the lightning-fast, two and a half hour journey to Sendai in the Miyagi Prefecture and you’ll be rewarded with the sight of 600,000 lights shining amongst the snowy branches of the trees that line Jozenji-dori Street. But the most-illuminated Christmas tree, sparkling with 374,280 bulbs, can be found at Universal Studios Japan in Osaka, along with an award-winning Christmas-themed light show entitled “The Gift of Angels”.

If you can’t quite wrap your head around the idea of Christmas in the winter time, but you like the idea of a break from Aunty Vera and her sherry trifle, spending the silly season on a cruise might be appealing. There are a number of options available from Australian ports that will have you somewhere exotic in time for the big day, and it’ll give you the perfect excuse to avoid the Christmas shopping crowds. That’s not to say you won’t have a festive time on board: Christmas at sea is a big deal, with cruise ships transformed into floating wonderlands. Even Santa is likely to pay you a visit so the kids won’t miss out on any fun. Better yet, someone else will be in charge of Christmas dinner so for once, you can actually just relax and enjoy the day.

To find out more about these and many more Christmas traditions around the world, contact your personal travel manager here