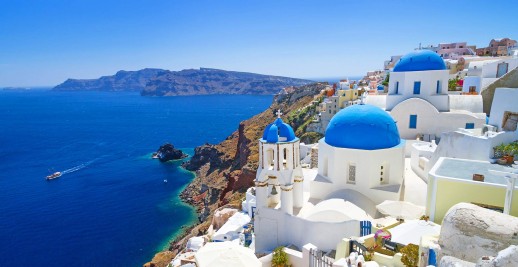 A cruise holiday of the Greek Islands is a magical introduction to the culture, history, landscapes and cuisine of one of the oldest civilisations in the world. Each port has its own unique character: these are some of our favourites.

The ancient city that gave the world so much in the way of drama, history, poetry, and philosophy is now the world’s foremost archaeological playground, and no visit to this city is complete without climbing the path to the Parthenon, the unmistakable 2500-year old temple of the goddess Athena that sits atop the Athenian Acropolis and watches over the city. A visit to the incredible Acropolis Museum is well worth the effort for anyone with even a passing interest in history. It houses artefacts from the Bronze, Roman and Byzantine ages, and even has a Plexiglas walkway from which an excavated section of an old Athenian neighbourhood can be viewed.

The modern face of Athens also has plenty to offer its visitors, from scenic beaches to bustling markets and restaurants that serve superb Mediterranean cuisine.

Mykonos is much beloved, thanks to its picturesque villages, stunning beaches and sophisticated nightlife. Spend your day on one of the island’s beaches, take a walking tour through Mykonos Town, sample locally-grown wines or visit nearby Delos: the fabled birthplace of the sun god, Apollo.

The island’s main city, also called Rhodes, has been described as the friendliest city in the Mediterranean. It’s home to many historic sites, including the ruins of the Temple of Venus and the medieval Street of Knights, and no visit would be complete without exploring the winding streets of its Old Town. You can join a walking tour of the city, visit the Valley of the Butterflies or laze the day away on Tsampika Beach, considered by many to be one of Greece’s most beautiful.

The classic Greek island of your dreams, Santorini’s windmills and whitewashed houses cling to its slopes, which are remnants of an ancient volcano. The village of Oia is considered one of the best spots on the island from which to witness its spectacular sunsets: an ideal spot to finish after a day spent exploring the island’s black sand beaches, sampling the local wine and cuisine or attending a cooking school. A trip to the nearby island of Nea Kameni is also worthwhile for a dip in its famous, and supposedly therapeutic, hot springs.

This small port serves as the gateway to ancient Olympia, the home of the original Olympic Games, where you’ll find both athletic and mythological monuments, including the stadium and the gymnasium. Alternatively, you spend a few hours lazing on lovely Kouroutas Beach or soak up the gorgeous Katakolon waterfront views while savoring traditional Greek specialties such as pastitsio or moussaka at one of the quaint tavernas – be sure to sample the abundance of freshly-caught calamari and other seafood on the menu.

If you like the idea of waking each morning as your ship arrives at another island, where whitewashed houses dot the hillsides with their cobalt-blue rooftops mirroring the sparkling waters of the Aegean, ask your personal travel manager for help finding the right cruise itinerary for you.