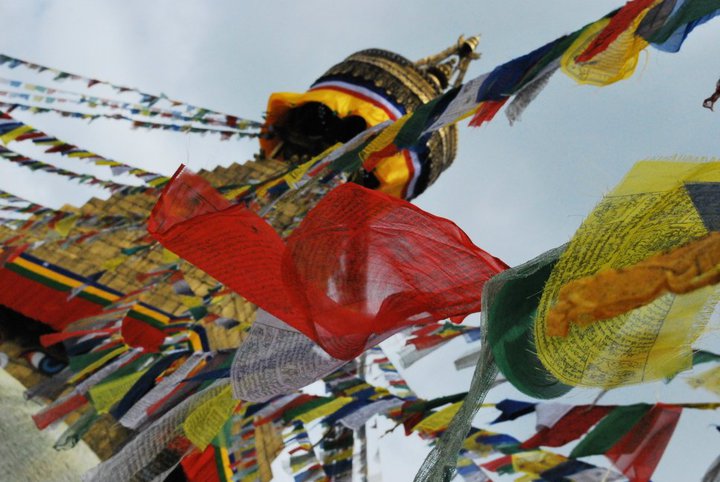 Embracing Everest one village at a time

While the images of sheer peaks, monstrous glaciers and snow-capped mountains are commonly associated with Mount Everest, many travellers have learnt that there is far more to this natural wonder than meets the eye. On proud display amidst the breathtaking scenery of the world’s tallest mountain is the unique culture and history of the Sherpas. A personal travel manager can advise you on the best steps to traverse the Himalayas and visit base camp.

Nestled in the small nation of Nepal and flanked by Tibet and India, Mount Everest is revered as the tallest mountain on earth at 8,848 metres above sea level. The enormity of the monumental mountain has seen travellers from around the globe make the trip to base camp to experience it for themselves. Those trekkers seeking the physical beauty of the region quickly learn that the area has an equally impressive cultural history.

After landing in Kathmandu would be trekkers board a smaller, single engine plane, and fly into the Himalayan village of Lukla situated 2,800 metres above sea level. Lukla has prospered as the start and end point for the Everest journey with small village stores selling Yak’s wool beanies, scarves and coats for the adventurers. It is also the starting point of understanding the history and culture of the Sherpas who have spent generations roaming the mountains and forming their lives around the cliff tops.

After spending an evening in Lukla trekkers descend down to Phakding village to reach the path that leads to Everest base camp. From Phakding the journey becomes decidedly harder with a nine-kilometre climb to the largest village in the Himalayas, Namche Bazaar. To help avoid the plagues of altitude sickness the voyage requires several acclimatisation stops along the way including one in Namche Bazaar. These stops are the perfect way for trekkers to catch their breath, enjoy the mountain environment and learn more about the Sherpa culture. The entrance to the Sagarmatha National Park is one of the premier stops on the ascent to Everest Base Camp. The National Park is home to a small local museum, which tells the story of the Nepalese people, and the Sherpa who traverse the Himalayas each day.

As Everest enthusiasts climb higher and higher up the mountain path the difficulty and intensity of the task increases. Beyond Namche Bazaar the price of simple food items increases and the importance of acclimatisation starts to rise. While it isn’t mandatory to hire a Sherpa as a guide they can make the journey easier by bartering on your behalf and providing insights on the history and culture of the region.