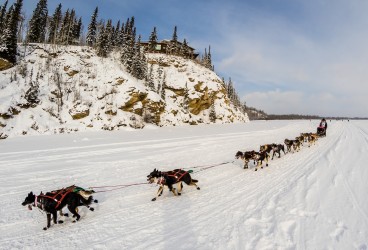 10 famous sporting events to attend in your lifetime

Sampling artisanal local cuisine, indulging in regional wines, soaking up exotic cultures, studying fascinating histories and learning new languages in the countries where they are spoken: all of these are excellent reasons to travel beyond our own backyards.

But just in case you need another excuse to pick up your passport (or if you’ve used up all your other reasons), here’s a list of some of our favourite famous sporting events which we consider essential bucket list material.

Arguably the grandest of all sporting events, the Games have been held every four years (with a few notable exceptions) since 1896. Next scheduled for Tokyo in 2020, there will be a record 33 sports and 324 events. So whether you’re a die-hard fan of a particular discipline or you prefer to browse the sporting buffet, you’ll be in sports heaven. Be sure to include some time in your itinerary to discover what else Japan has to offer.

The Masters is the first of the four US Major golf tournaments to be held each year, and the only one to be held in the same location every year, namely Augusta National Golf Club in Florida. Even if you’re not a mad-keen golf fan, you’llbe wowed by the spectacularly pretty course. However, given the difficulty in actually getting your hands on a ticket to so much as a practice round, you might be better to try for the British Open, which is held at one of nine different links course in the UK each year. In 2017, the Open will be played at Royal Birkdale Golf Club, near the scenic seaside town of Southport. Given its proximity to Liverpool, you could even team it up with a visit to Anfield to see Liverpool FC in action.

This is the oldest and arguably the most prestigious tennis tournament in the world. It takes place over two weeks in late June and early July, and is the only tennis Major still to be played on outdoor grass courts. Wimbledon is more than just a tennis tournament: it’s a cultural phenomenon. Smart attire is de rigueur at Wimbledon, as is the consumption of strawberries and cream and glasses of Pimms, so get your Sunday finest on and get ready to play “spot-the-celebrity” on and off the court.

Whether it’s the glamorous Cote d’Azur location, the long history of the event which was first held in 1929, or the sheer difficulty of the tight turns and rapid changes in elevation, this race is one of the most esteemed in the motor racing world. Because of its layout, there are plenty of vantage points around the course, especially near the harbour which is filled with the watercraft of the rich and famous. If you find yourself craving a little peace and quiet, hop on a local train to pretty Menton, just 20 minutes along the coast.

Located just six miles from Windsor Castle, Royal Ascot has long enjoyed a close association with the British Royal Family, making it a major event in the English social calendar. Over 300,000 people attend the racing carnival over the week each year and it’s another excuse to dress up, particularly if you manage to acquire tickets to the Royal Enclosure. Even if you’re not much of a gambler, you may like to join the fun and bet on the colour of the Queen’s hat on Ladies Day.

Join the crowds leaving Waikiki behind and head for Oahu’s North Shore to watch the world’s best surfers take on the 50-foot+ winter swells that roll in from the North Pacific each year. The Triple Crown is actually comprised of three separate events, each for men and women, each one being held at a different, but equally legendary North Shore surf spot. For surfers it’s a chance to battle against not just the massive waves but also the best surfers in the world; for spectators, it’s a chance to sit in the sun on a beautiful Hawaiian beach and be thrilled by the bravado and skill of the surfers.

Traditionally held in July each year, the route changes every year, but the format for this most prestigious of cycling races remains the same: 20-22 teams of riders spend 23 days battling it out on the winding roads of the Alps and the Pyrenees, culminating with a final stage that ends on the Champs-Elysees in Paris. It’s a great opportunity to picnic madly: simply stock up at the local market each morning, stake your claim at a vantage point somewhere along the course and wait for the riders to pass by in a blur.

This is the only event on our list that people of all abilities and ages, shapes and sizes, can actually participate in. From elite athletes who are seeking to smash records to amateurs who are chasing new personal best times or just want to complete the course, this is an event that celebrates individual achievement in all its guises. If you’re there as a participant you can reward your efforts with a bowl of pasta in Little Italy; as a supporter, treat yourself to a genuine New York bagel with lox and cream cheese to fuel your enthusiasm; either way you’ll find yourself swept up in the atmosphere of the crowd.

This is the curve-ball of our collection – definitely less mainstream but still the realm of experts in their chosen field of competition. This famous Alaskan dog-sled race is a true test of endurance, both for dogs and mushers, as it’s roughly 1,600 kilometres of ice and snow, blizzards and whiteouts, which generally takes between nine and fifteen days to complete. The spectacular Alaskan scenery is a major drawcard, but if even watching the race seems too extreme for your liking, you can watch the ceremonial start in Anchorage before boarding a cruise ship for a more luxurious taste of Alaskan splendour.

We’re cheating a little by squishing three events into one, but whatever your preferred code, these events are HUGE. The World Cups are both held every four years so you’ll have to plan a little further ahead: the next tournaments will be held in Russia in 2018 and Japan in 2019 respectively. The Super Bowl takes place in a different city in the USA each year: in 2017 it will be held in Houston, Texas.

For more suggestions on how you can incorporate a sporting event into your next holiday adventure contact your local personal travel manager to help with ideas and inspiration on where to go.