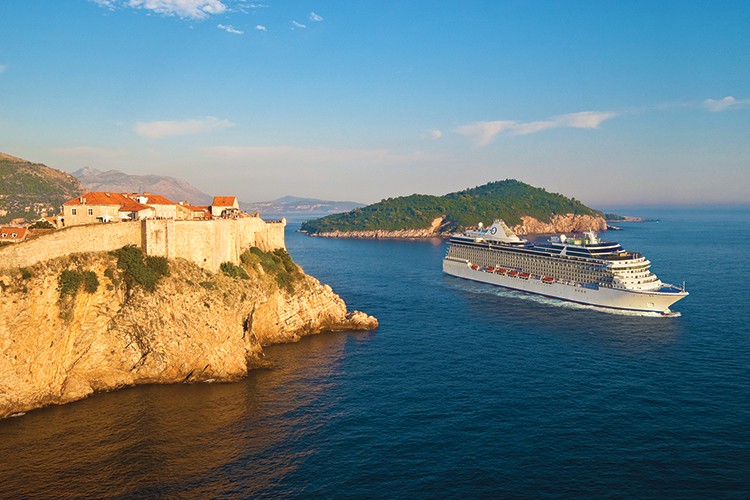 With Vista’s much-anticipated Inaugural Season being announced, we’re spotlighting some of the intriguing destinations she’ll be exploring in Oceania Cruises’ 2023 collection. Vista’s Inaugural Voyages showcase several exciting, off-the-beaten-path destinations and rarely trodden shores across the Mediterranean, UK and Northern Europe. Read on to find out more about these off-the-beaten-path destinations featured in the inaugural season along with our insider’s tips.

There is a reason travellers flock to the Bodrum Peninsula, the most obvious being the pristine beaches, charming villages, and sparkling resorts. Spend the day discovering the many other reasons for yourself as you explore Bodrum and beyond. After shopping for rugs, jewellery, and artisan handcrafts in Bodrum’s Old Town, stop at an outdoor café for some Turkish coffee and firinda sütlaç, a delicious rice pudding. Then gain a deeper understanding of the region’s history by observing ancient artifacts found in the ruins of sunken ships at the Museum of Underwater Archaeology or exploring archaeological treasures in the ancient town of Milas.

Insider’s Tip: In Milas, not far from Bodrum, shop for carpets that have been internationally renowned for centuries. Then compare the Mausoleum of Hecatomnus, dating from the 4th century BC, to a Roman tomb dating from the 2nd century AD.

Kavala and neighbouring Philippi have many stories to tell. Early in the 7th century BC, mining was the principal activity here. In AD 49, the Apostle Paul established the first Christian church on European soil in Philippi. The Ottomans took over for a time, and then Kavala became a center for the Greek tobacco industry in the late 1800s. The one constant during these centuries of change was the fishermen, who have for all of those years headed out every morning in small boats with worn nets to ply their trade. Tip your hat to these stalwarts at the wharf before heading out to explore the rich past of Kavala and Philippi.

The French town of Port-Vendres has a decidedly Catalan feel, which is no surprise given its location less than 15 miles from Spain. The fishing industry thrives here, and you’ll find Catalan flavours like fennel, paprika, saffron, chorizo and tomatoes in the traditional fish stews on local menus. Port-Vendres is also just a 30-minute walk from Collioure. This quaint town has long been a draw for artists like Henri Matisse, who was inspired to paint numerous canvases in the area in the early 1900s. The fact that he titled one The Joy of Life is a good predictor of how you’ll feel when you’re there.

Insider’s Tip: In the village of Céret near Port-Vendres, you’ll find a superb modern art museum – Cerét Musée d’Art Moderne. You can admire the delicate lines of Marc Chagall’s paintings and the whimsical designs of Pablo Picasso’s pottery in this intimate collection of masterworks. 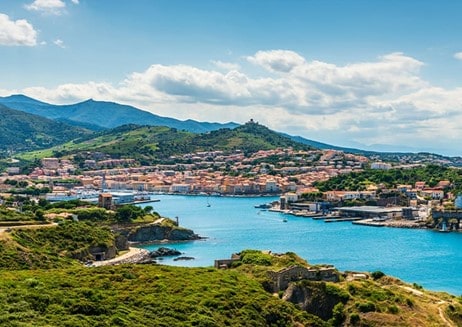 Just east of Italy’s legendary Amalfi Coast, Salerno is within proximity of a bevy of beautiful locales, including Amalfi, Positano, Naples and more. Head northwest to explore the eerie and moving ruins at Pompeii Archaeological Park. Or follow the coastline west and head into the hills to visit Villa Rufolo, an ancient estate with remarkable gardens overlooking the sea in picturesque Ravello. If you don’t feel like driving, take a boat cruise to admire the head-turning natural beauty of the Amalfi Coast. Or stay in Salerno, which offers its own charms, including an impressive cathedral, fortress ruins and a lovely seaside promenade.

Insider’s Tip: Be awed by the hillside setting of Ravello, a UNESCO World Heritage site overlooking the turquoise Gulf of Salerno. Just an hour’s drive from Salerno – and a jaw-droppingly beautiful drive along the Amalfi Coast at that – it’s an ideal spot to order a classic frutti di mare and a glass of wine as a nice breeze ruffles the bougainvillea.

Donegal’s scenic fishing village, Killybegs is situated in a region marked by natural beauty and rich in Celtic heritage. Discover thatched Irish cottages and picturesque Gaeltacht villages, not to mention super fresh seafood and beautiful stretches of coastline with Blue Flag beaches. Get a sense of the town’s history and see the world’s largest hand-knotted loom at the former factory of Donegal Carpets, now known as Killybegs International Carpet Making & Fishing Centre. Nature lovers will want to head to hiking trails of dramatic Slieve League Mountains just west of Killybegs – those up for the adventure will be rewarded with stunning views of Donegal Bay, local wildlife and some of the highest sea cliffs in Europe.

Insider’s Tip: A good place to shop for an Irish keepsake is Wild Atlantic Crafts, located in the heart of Killybegs. It features a collection of locally sourced crafts, and the handmade items range from art and jewelry to knitwear and even lamps made from reclaimed driftwood. 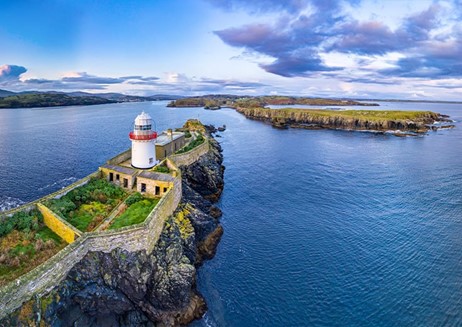 White-sand beaches melt into cerulean seas, thatched-roof croft houses dot the landscape, massive stones carry 5,000-year-old secrets and well over half of the locals speak Gaelic. Exploring Stornoway and the Outer Hebrides, you will feel far removed from the heart of Scotland – both geographically and culturally – because you are. You’ll find the uniqueness of these islands alive and well in a restored crofting village and in the coveted Stornoway black pudding, which enjoys the same protected status as Champagne and Cornish pasties. The icing on the cake is Scottish tablet, a chocolate-free fudge perfected by Hebridean confectioners.

Insider’s Tip: Get an authentic experience of life in a crofting township on a tour of Blackhouse Village near Stornoway. See traditional activities like weaving and tour the meticulously restored buildings with distinctive thatched roofs.

With so many breathtaking places to see, an Oceania cruise is a beautiful way to travel Europe’s waterways. Talk to your local personal travel manager to plan your trip today.