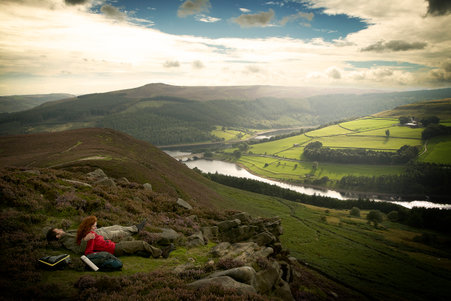 The best views in the world

There’s nothing like a simply stunning view to create a holiday memory that will stay etched in your mind forever. Both man-made and natural attractions provide the best views of the world’s most spectacular scenery, whether that’s the vast sprawl of a thriving city, or the peaceful tranquility of a secluded mountain top. Here’s a list of some of our favourite views, that are guaranteed to impress.

The summit of Corcovado Mountain offers stunning panoramic views over the contrasting landscape of beaches, lush forest, and skyscraper buildings that make up Rio di Janeiro. The 700 metre high peak of Corcovado gets extra points for also being home to the iconic Christ the Redeemer statue, which looms large over the city below, and is one of the most recognisable sights in the world. If you’re feeling active, you may want to climb all the way to the top. For those seeking a more relaxing experience, the summit of Corcovado can also be reached by car, or zoom up the Rack Railway in about 20 minutes.

It’s the mysterious, mythical ancient civilisation, literally on top of the world, a UNESCO World Heritage Site, and one of the New Seven Wonders of the World. Machu Picchu is truly magic, and the views are simply breathtaking, with the tough trek to the top very soon forgotten. There is every shade of green as far as the eyes can see, from the grassy steps of Machu Picchu itself, to the deep forest colours of the numerous tall surrounding mountain peaks. When it’s slightly overcast, you’ll literally have your ‘head in the clouds’, with the low misty clouds forming a beautiful, hazy backdrop. For the best room with a view, make the most out of your Machu Picchu experience and stay at the Sanctuary Lodge, where you’ll also enjoy prime access to the archaeological site.

For panoramic views over all the famous sites of the city that never sleeps, look no further than the Empire State Building,  a classic symbol and stand-out feature amongst the sprawling metropolis of New York City. The Observation deck of the Empire is on the 86th floor, and the building’s location is another reason for the fantastic views – it’s situated south of the clusters of skyscrapers in midtown Manhatten, so you’ll enjoy a largely unobstructed gaze over the heaving city below, from the thousands of people going about their day, to the huge sprawling green of Central Park and the famous yellow taxis, just tiny colourful blurs below. Immortalised in countless television shows and films, a trip to the top of the Empire State Building is at the top of any must-do New York list.

Another classic building, but again, with very good reason. There’s no better place to view the sparkle of the City of Lights than from the top of the Eiffel Tower. The best time to visit this 324m tall tower is at dusk, as you’ll get the both the beauty of the River Seine winding its way through the city as light falls. Then, the full illumination as the Paris comes to life at night. The view from the Eiffel Tower can be enjoyed from three progressively higher viewing platforms, with the highest at 360m. It’s the tallest observation deck in all of Europe, and this, combined with the Tower’s amazing architecture and status as one of the world’s most iconic buildings, make the often lengthy wait in line, well and truly worth it.

The Great Wall of China – China

Whether or not this incredible winding structure can actually be seen from space is now debated, but here on Earth, the Great Wall of China remains one of the great architectural marvels of the world, and the site of countless incredible lookout points offering panoramic views over the Chinese countryside. The Great Wall also offers a fascinating insight into the history of China, as it’s actually made up of around four separate wall sections, each constructed by a different Chinese emperor. As the wall stretches nearly 1,000 km in total, the choice of which part to explore can be difficult. From Beijing, the areas of Badaling and Juyongguan are easily accessible, or for something different, head to Mitianyu. It’s slightly further out from Beijing, but features much greener scenery, and somewhat bizarrely, a toboggan ride to the bottom.

Measuring more than 365km long, nearly 30km wide, and more than 1.5 deep, the Grand Canyon is a, well, grand natural phenomenon. The vast scale of the Grand Canyon means that it’s worth taking a helicopter ride, to get the most out of your visit. But what makes the views of the Grand Canyon so special is not only its size – believe it or not, there are bigger canyons in the world. It’s the colours of the Grand Canyon that make it truly magical, with two billion years of history creating a rich, contrasting colour palette that’s unlike anything, anywhere else in the world. This place really has to be seen to be believed, as even the most sophisticated, top of the range cameras, cannot begin to do this vast landscape justice.