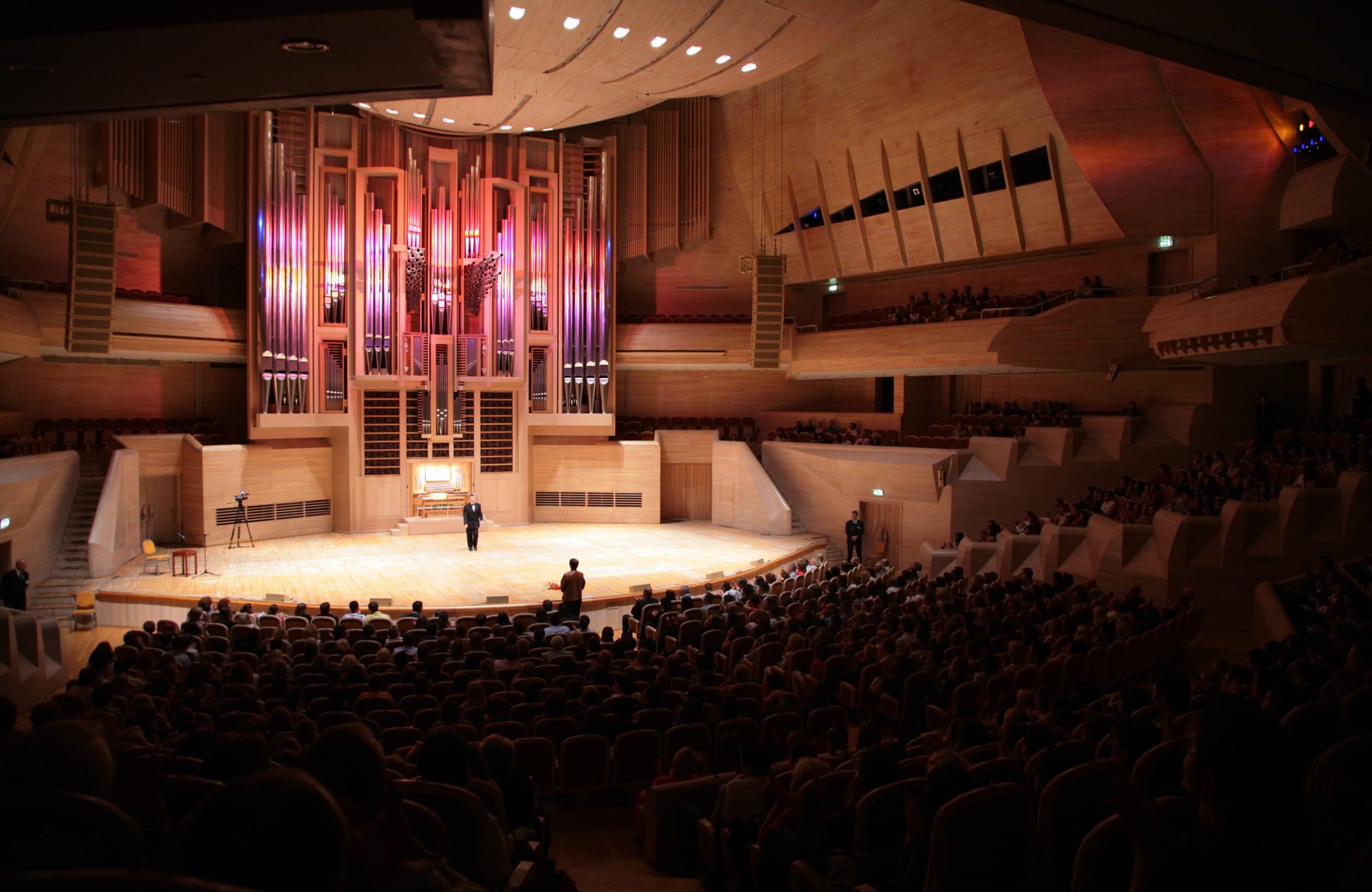 One of the greatest things about travel is the opportunity to get out there and soak up the culture of different countries all over the world. One of the most powerful expressions of this culture is found in performing arts, whether music, dance, theatre, or something else entirely. A great performance is made even better by a great venue, so here’s our guide to the very best in the world.

Vienna is arguably the concert hall and opera capital of the world, with numerous world-class venues dotted around the city. There’s the Musikverein, the Konzerthaus, the Volksoper, Theater an der Wien, and most famous of all, the Vienna State Opera House. Dating back to the late 1800s, the State Opera House is situated in the heart of the city, and is home to the Vienna Philharmonic Orchestra, widely considered amongst the best in the world. If you’re travelling with children, the venue hosts many performances that the kids will love, including Mozart’s Magic Flute.  The Vienna State Opera House building is itself a spectacle, with a strong Italian Renaissance influence visible in the columns and archways.

New York is another city fortunate enough to be almost overrun with top-quality concert halls, but the pick of the bunch has to be the great Carnegie Hall.  The venue is named after its creator, philanthropist Andrew Carnegie, and there are in fact several other ‘Carnegie Halls’ – in Pittsburgh, Lewisburg, and Dunfermline. Carnegie Hall in New York City is one of the world’s premium halls to catch a concert of any kind, whether it’s the sounds of a full symphony orchestra, jazz, opera, or a rock gig. Since opening in 1891, the stage of Carnegie Hall has been graced by endless illustrious names in the music world, including Peter Tchaikovsky, George Gershwin, Bob Dylan, Judy Garland, Johnny Cash and Luciano Pavarotti to name just a few.

Palacio de Bellas Artes (Palace of Fine Arts), Mexico City, Mexico – Home to the world’s only ‘glass curtain’, made up of nearly one million pieces

The Palace of Fine Arts in Mexico City, is the primary cultural and performance centre for both Mexico, and much of the surrounding region. The Palace is just that – an opulent, grand marble construction, with spectacular surrounds that is a true sight to behold in and of itself. There’s the artistic domed roof, with the orange and yellow hues of the stained glass, and the surrounding gardens and square – the perfect place to relax before or after a performance. The interior of the Palace makes the visit worth it alone, with epic, sprawling murals painted by some of the most famous artists in Mexico, including Diego Rivera, Rufino Tamayo and Jose Clemente Orozco. Also well worth a look is the incredible ‘glass curtain’, made up of almost one million pieces of stained coloured glass, to form a foldable panel. All of this weighs a lot – 24 tonnes to be exact – and make you sure take a good look, as there’s nothing else like it, anywhere in the world.

Like many other world-famous concert halls, the Royal Albert Hall in central London first opened in the late 1800s, the apparent golden era for venues of this kind. The Hall’s patron and namesake, Prince Albert, the consort of Queen Victoria, envisaged the venue to foster an appreciation and accessibility of the arts to the general public. The Hall’s Royal roots lend this venue a certain regal atmosphere, but the programming itself retains a mix many different forms, with something for everybody. Upcoming events include a Christmas benefit concert for the Salvation Army, Cirque du Soleil and the Royal Philharmonic Orchestra. Royal Albert Hall is also perhaps the only premium concert hall to also double as a sporting venue, with the Statoil Masters Tennis event taking place in December. A unique viewing experience, catch legends of the game such as John McEnroe, Pat Cash and Boris Becker, as well as current world number one Novak Djokovic, go head-to-head in the magnificent art-deco surroundings of the Hall.

Much more than a concert hall, the Wales Millennium Centre is a mini-city of the performing arts, with one main theatre, two smaller halls, along with shops, bars and top-quality restaurants, all within a picturesque bayside precinct. The Centre is one of the top cultural hubs in all of Europe, as the home of the Welsh national orchestra, theatre and dance companies, and with no less than eight residential arts organisations.  As if that wasn’t enough, fans of the science-fiction series Doctor Who will recognise many of the locations from the show, as the Millennium Centre has featured in seven episodes of the show to date. The Centre is also a world record-holder, hosting the biggest gathering of people with a single surname in 2006, when 1,224 people with the surname Jones assembled in the main theatre.