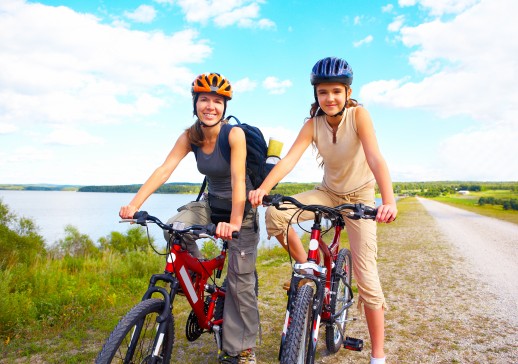 Seeing the world from the seat of a bicycle is a great way to travel, as the gentle pace allows you more time to soak up the scenery. It’s easy to stop for an impromptu picnic when the view (or the knees) demand it and you’re much more connected to the landscape through which you are travelling. There are plenty of amazing cycle routes to choose from in every country, but those that follow old rail routes are particularly popular, thanks largely to their forgiving gradients and excellent bridges and tunnels, which allow you to pass through areas that would be otherwise off limits to bicycle wheels.

The Central Otago rail trail is probably New Zealand’s best known and most beloved multi-day cycle route. It runs between the towns of Middlemarch and Clyde, passes through three disused rail tunnels and crosses several large viaducts. The trail also connects to the spectacular Taieri Gorge Railway, which runs for 60 kilometres between Middlemarch and Dunedin. The route is lined with boutique accommodation options such as B&Bs, country pubs and farmstays, so despite the impressive scenery, you’re never far from a comfy bed. Most cyclists take two to three days to complete the journey and there are numerous operators who will carry your luggage, arrange your accommodation and provide you with bikes.

South Dakota is home to the Black Hills, famous for the location of Mt Rushmore. The George S Mickelson Trail is a 183-kilometre cycle trail that travel, almost entirely through national forest, giving you wonderful views of the Black Hills (although not the of four presidents). You’ll cross 100 converted rail bridges and pass through four tunnels, as well as the wild West town of Deadwood, which earned notoriety as the place where Wild Bill Hickok met his end. Thin air and long steady climbs make it a challenging ride, but the scenery makes it well worth the effort.

The Scarborough to Whitby trail, also known as the Cinder Track, is part of a longer network of cycle trails that forms the Moor to Sea Cycle Network in the north of England. In total, there are around 150 miles of trails to explore, which take you across moorland, through forested areas and along coastal routes. Highlights include the North Moors National Park and Robin Hood’s Bay. The entire network provides five or six days of riding, but if your time is limited, it’s easy to plan day rides from the eleven separate sections that comprise the network.

If you’re looking for something closer to home, or maybe you just want to try the concept of cycle touring before you commit to an overseas cycling holiday: either way, Victoria is home to some of Australia’s most popular cycle trails. The Murray to the Mountains Rail Trail offers over 100 kilometres of sealed off-road trails, while further south you’ll find the Great Victorian Rail Trail, which is Australia’s longest continuous rail trail at 134 kilometres. The latter will take you through Victoria’s longest rail tunnel as it winds its way from Mansfield and Tallarook. Foodies will be thoroughly pleased to earn their locally produced rewards, such as handmade ice cream, goat’s cheese, artisan coffee and even a craft microbrewery on offer along the way.

This is just a small selection of some of our favourite cycle rail trails. Contact your local, personal travel manager to book your cycling journey.