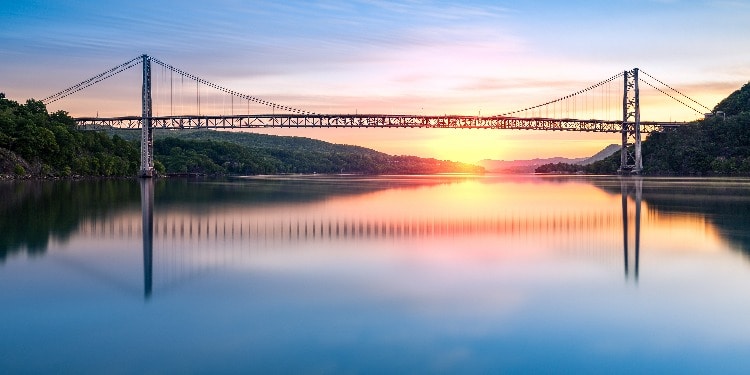 New York, New York – the city so nice they named it twice. While it’s no secret that the bold, beautiful Big Apple is good at dazzling its visitors, you may not have thought to venture beyond the city limits and experience the rest of the state – until now. We’ve put together a list of some of our favourite reasons to head out of town and find out what to see and do in upstate New York.

Niagara Falls is certainly the star of this show, but western New York State has plenty more to offer, including two of the continent’s five Great Lakes, amazing art galleries and historic monuments. There are some great family-friendly attractions in the region too, from exploring The Ralph C. Wilson, Jr. Children’s Museum to taking in a Buffalo Bisons ballgame at Sahlen Field. 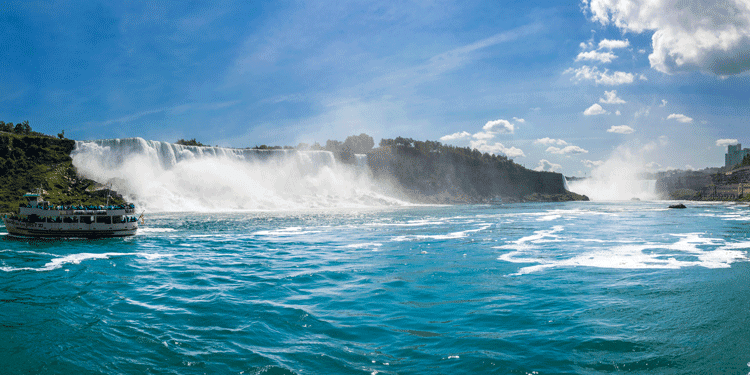 The Niagara River forms the border between the United States and Canada and links the Great Lakes of Erie and Ontario. The three separate waterfalls which make up the Niagara Falls carry thousands of litres of water every second, making them one of the natural wonders of North America. The iconic ‘Maid of the Mist’ boat tour company take passengers close enough to the base of the falls to warrant the issuing of complimentary rain ponchos. Top of the Falls Restaurant combines amazing views with local culinary delights such as Buffalo wings and New York-style cheesecake. The nearby Fashion Outlets of Niagara Falls is a fantastic place to indulge in some serious retail therapy, while the towns of Lewiston, Lockport and North Tonawanda offer more traditional Main Street shopping experiences.

Architectural enthusiasts love the city of Buffalo – with a population of around 250,000 it’s relatively compact and easy to get around, and many of the world’s most beloved architects have designed buildings here. Frank Lloyd Wright’s recently restored Darwin Martin House is one of the city’s main drawcards, but Minoru Yawasaki (who also designed New York’s ill-fated Twin Towers) and Fredrick Law Olmsted (who designed Central Park) also made significant contributions to the city’s look and feel. Buffalo has a thriving arts scene, with galleries, museums and theatres aplenty to keep visitors entertained all day long.

Cross the East River from Manhattan Island and you’re officially on Long Island, although you have to pass through the boroughs of Brooklyn and Queens before you have officially left the city behind. The rest of the island is occupied by Nassau and Suffolk Counties, and as well as the grand estates made famous by movies such as The Great Gatsby, you will also find farms and vineyards whose claim to fame is their amazing fresh produce. 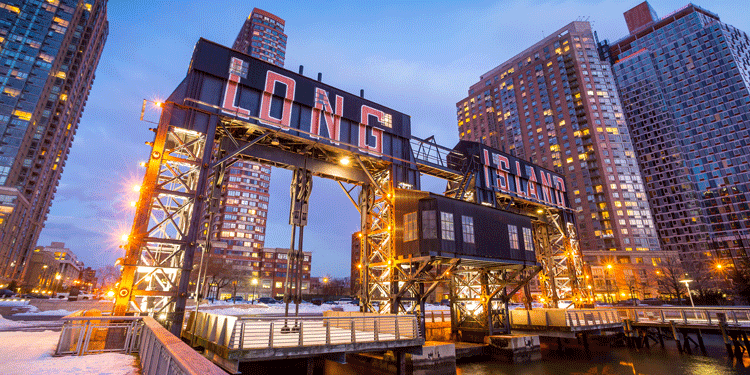 The eastern end of Long Island is separated into two long fingers of land surrounded by water – the finger that faces the open ocean is known as the Hamptons. It’s named for the towns of Southampton and East Hampton, which together form one of the East Coast’s most storied summer holiday destinations. Take a walk along stunning Coopers Beach for a sneak peek at the fabled Gold Coast mansions, or opt for a guided tour of William Vanderbilt’s ‘Eagle’s Nest’ if you really want to see how the other half live. For a taste of the billionaire lifestyle, treat yourself to lobster rolls and locally produced rosé.

The second finger of land, which faces Connecticut across Long Island Sound, is known as North Fork – the low-key but equally scenic twin to the Hamptons. Nicknamed “NOFO”, you’ll soon discover that you don’t have to be rich or famous to enjoy yourself here – not with more than 60 wineries and many acres of farmland to explore. North Fork has a strong maritime tradition, which is evident when you visit the East End Seaport Museum. They run a changing schedule of exhibits that offer insights into the region’s heritage, including guided boat tours to the iconic Bug Light lighthouse.

By the time the Hudson River reaches the ocean at New York City’s Staten Island, it has flowed for more than 500 kilometres from the Adirondack Mountains in northern New York State.  The Hudson Valley section, which begins near the state capital of Albany, is a region of spectacular landscapes, beautiful gardens and amazing farm-to-table cuisine.

The Walkway Over The Hudson was originally constructed in the late nineteenth century as a rail bridge, and repurposed in 2009 as the world’s second-longest pedestrian footbridge. Stretching for more than two kilometres across the Hudson River, the views are spectacular – especially during September and October when the fall colours in the adjoining park are at their peak. This section of the river is overlooked by mansions that were built by extravagantly wealthy New Yorkers during the Gilded Age. These days you don’t have to be a Vanderbilt or Rockefeller to gain access – you can simply join a guided tour and enjoy a good nosy around. The nearby Innisfree Gardens have been described as one of the world’s ten best gardens: a 150-acre, Chinese-inspired wonderland of streams, waterfalls, lakes and terraces that showcase plants and trees that are native to the region. Art lovers should pay a visit to the Storm King Art Center – an open-air sculpture museum where art and nature perfectly complement each other.

The Catskills Mountains, which are actually part of the much larger Appalachian Mountain chain, are a vast wilderness playground that offers a wide range of outdoor activities such as rafting, rock climbing, ziplining, mountain biking and even skiing. For a less adrenaline-fuelled experience, the Catskill Mountain Railroad is a heritage railroad that runs from Kingston and operates a selection of vintage engines and carriages.

The state of New York covers a total area that’s roughly twice the size of Tasmania, and it’s richly furnished with caves and canyons, farms and forests, galleries and gardens. With so much to see and do in a relatively small area, it’s no wonder that New York attracts more overseas visitors than any other US state.

If you’d like to include some of these amazing things to do in upstate New York on your next visit to the Big Apple, ask your personal travel manager for further ideas and inspiration.